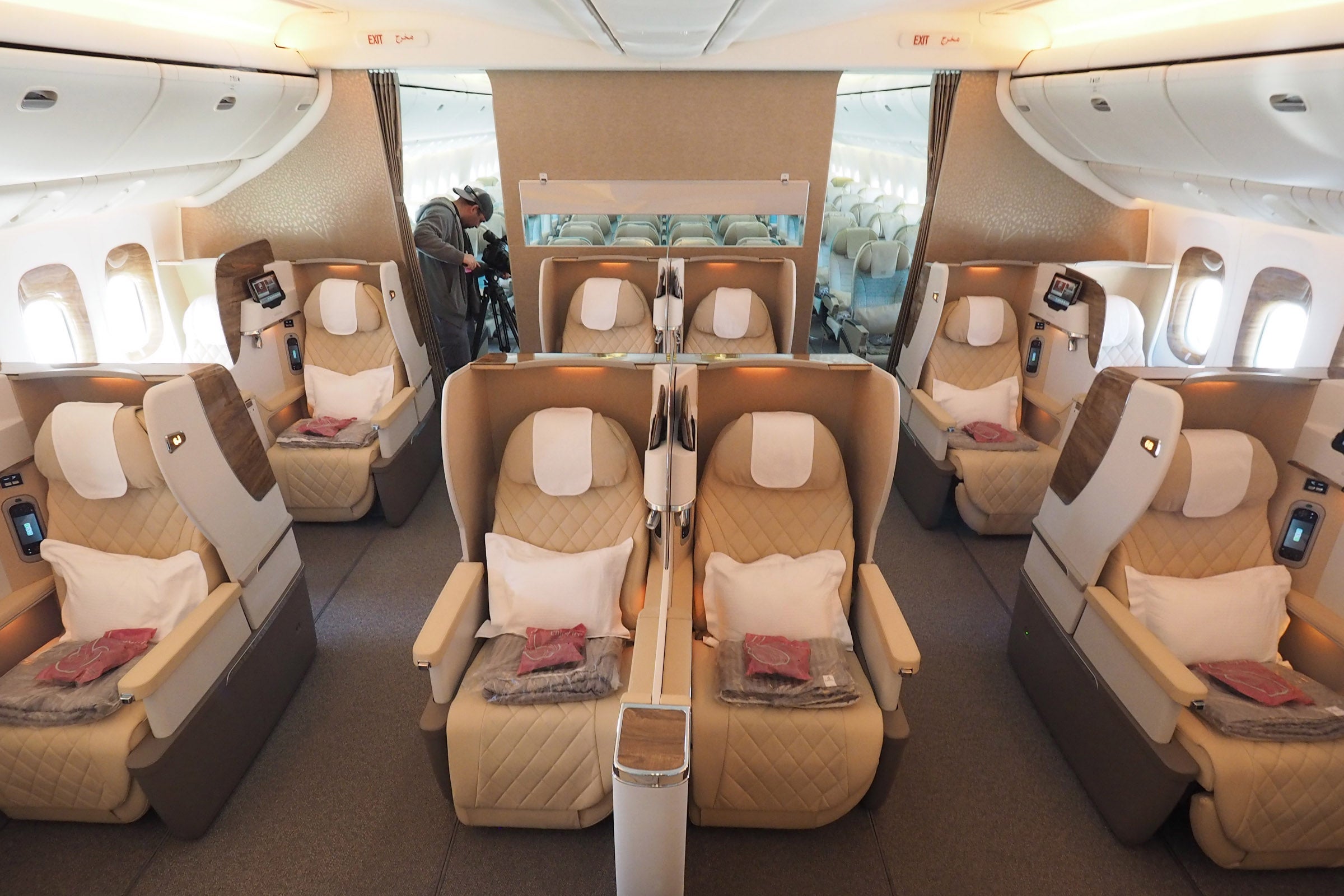 These days, it's all about basic fares when it comes to major airlines. We've written about these stripped-down tickets many times before — including how you can skirt many of the restrictions by using a cobranded credit card — but this week brought news of a totally new realm of this trend. And we're not talking about basic economy on a US airline.

No, we're talking about business class on Emirates. Yes, that Emirates. The one known for its blinged-out cabins and on-board showers. The Dubai-based airline made headlines this week, as TPG's Benji Stawski reported, after announcing that it planned to roll out a new "Special" business class ticket that eliminates lounge access and chauffeur service — among other restrictions.

Emirates CEO Tim Clark said in 2016 that the airline was mulling the change, but rarely have we seen a complete unbundling of a business class product. Of course, you'll still get a business class seat on the airline's Boeing 777-300ER — even though it might be a middle seat and may not have much privacy — and you'll still enjoy five-star service for which the carrier is known. But is the "Special" fare actually a good deal?

Here's how Emirates' new basic fare is similar to (and different from) basic economy fares so you can decide whether the ticket makes sense for you.

Similar to US basic economy tickets, the "Special" fare bars you from snagging an upgrade using miles. The airline is thus taking away the ability to jump from business class to its first-class cabin, which won the TPG Award for best international first class in 2018. This is a big deal, as Emirates is the airline of electronic minibars, an on-board shower and a world-famous product.

There are six suites in the first-class cabin on new 777-300ERs planes, which are spread across two rows in a 1-1-1 layout. And even on the "old" 777, you’ll find eight seats spread across two rows in a 1-2-1 configuration, though you can still expect the same on-board amenities. However, if you book a "Special" fare, you can say farewell to a shot at upgrading to the front of the plane.

On a "Special" ticket, you'll receive the same miles as Emirates' economy Flex Plus passengers. For a return flight from Dubai (DXB) to Newark (EWR) in mid-July, you'll only receive 12,000 Skywards Miles and 12,000 Tier Miles. On a Saver ticket, which is a tier above the Special fare and costs more, you'll receive 15,000 each.

However, these new "Special" tickets book into the H fare class, which is currently listed as an economy ticket. While this will likely be updated as this unbundled fare is rolled out, it wouldn't surprise me to see an update to Alaska's chart that results in fewer Mileage Plan miles for these flights.

Even with those similarities, there are ways it differs from standard basic economy products in the US — and not in a good way. Unlike the big three airlines, Emirates won't let you select your seat in advance — even if you're willing to shell out additional cash. American, Delta and United all provide travelers the option to purchase seats ahead of time, but you can't even pay to select your seats if you're booking into one of Emirates' new "Special" business class fares.

Emirates has once again introduced a cutting-edge product in the air travel industry. However, unlike its new first-class suites, unbundled business class fares with no lounge access is far from friendly toward travelers. While this isn't necessarily a surprise — given that Emirates hinted at it a while back — if you're paying over $5,000 for a round-trip ticket that won't even let you pick your seat in advance, it may not be worth it.