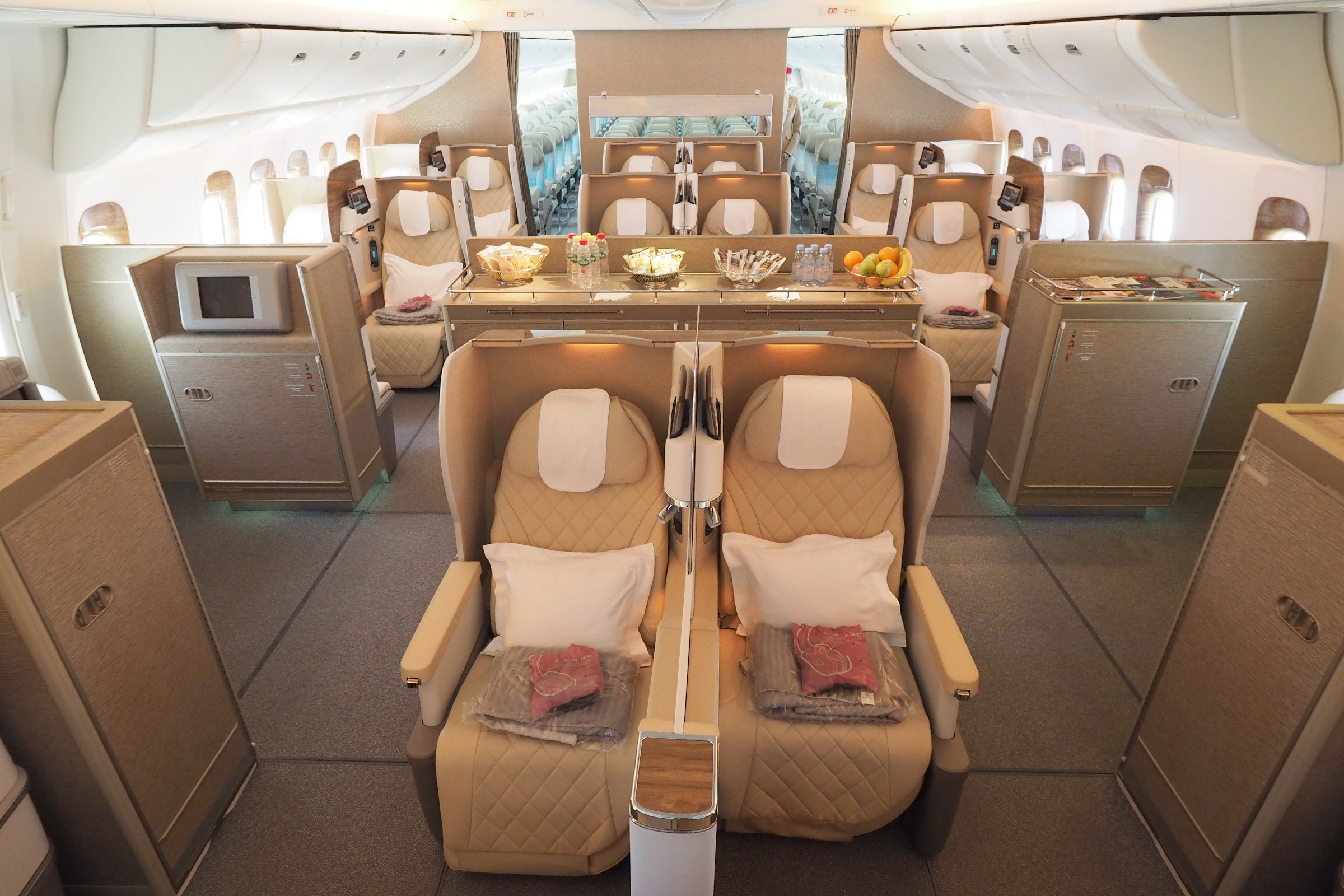 Many airlines around the world have introduced their own versions of basic economy, tacking on extra fees for services and amenities that used to be free. And now, the same airline that introduced staffed bars and shower suites to commercial aviation is bringing the à la carte airfare model to business class.

As reported by One Mile at a Time, Emirates has begun selling an unbundled business-class fare on select flights. Dubbed "Special," the new fare type excludes advance seat selection, chauffeur service and lounge access (unless you get it as a part of your elite status). It also charges higher change and cancellation fees than other fare types, doesn't give the option to upgrade to First using miles and has reduced mileage earnings (the same as economy Flex Plus passengers).

Unlike many basic economy products, which typically allow advance seat selection for a fee, this fare does not offer any advance seat selection at all. This means that even if you mistakenly bought the restrictive fare, you'll still have a relatively high chance of being stuck in a middle seat — all of Emirates' Boeing 777-300ERs and some 777-200LRs have a 2-3-2 configuration in business class. If Emirates were to decide to begin offering business-class seat selection for a fee, it wouldn't be the first airline to do so. British Airways already does this.

Fortunately, Business Special includes the usual checked baggage allowance, but it shouldn't come as much of a surprise if Emirates decides to reduces baggage allowance for certain fares down the line, as it did with Special and Saver economy tickets.

As with basic economy on other carriers, the price difference between Special and Saver business class fares vary by route, but based on what we're seeing, it is significant. For instance, while there was a roughly 15% ($410) difference in the Dubai-to-Newark example above, that difference went up to about 17% ($544) between Dubai and Los Angeles (LAX).

Award redemptions haven’t been touched, so although you won't get chauffeur service, you'll continue to get lounge access and advance selection as usual when booking with miles.

Unbundled business class fares are here, and if history is any indication, they're likely here to stay. As with basic economy, there's no question that Business Special will result in higher fares. Eliminating chauffeur service makes sense considering that Emirates already stopped offering it to award and upgraded passengers, but cutting lounge access on paid long-haul business class tickets is unheard of. Also, not being able to select a seat before check-in, even for a fee, can be extremely frustrating, especially in business class.