Articles
Summer Hull , aka Mommy Points, ran the Mommy Points site for families who want to travel more for less using miles and points for seven years. She now heads up a variety of special projects at TPG when she isn't exploring the world with her own two girls.
Follow
Sept. 08, 2020
•
7 min read 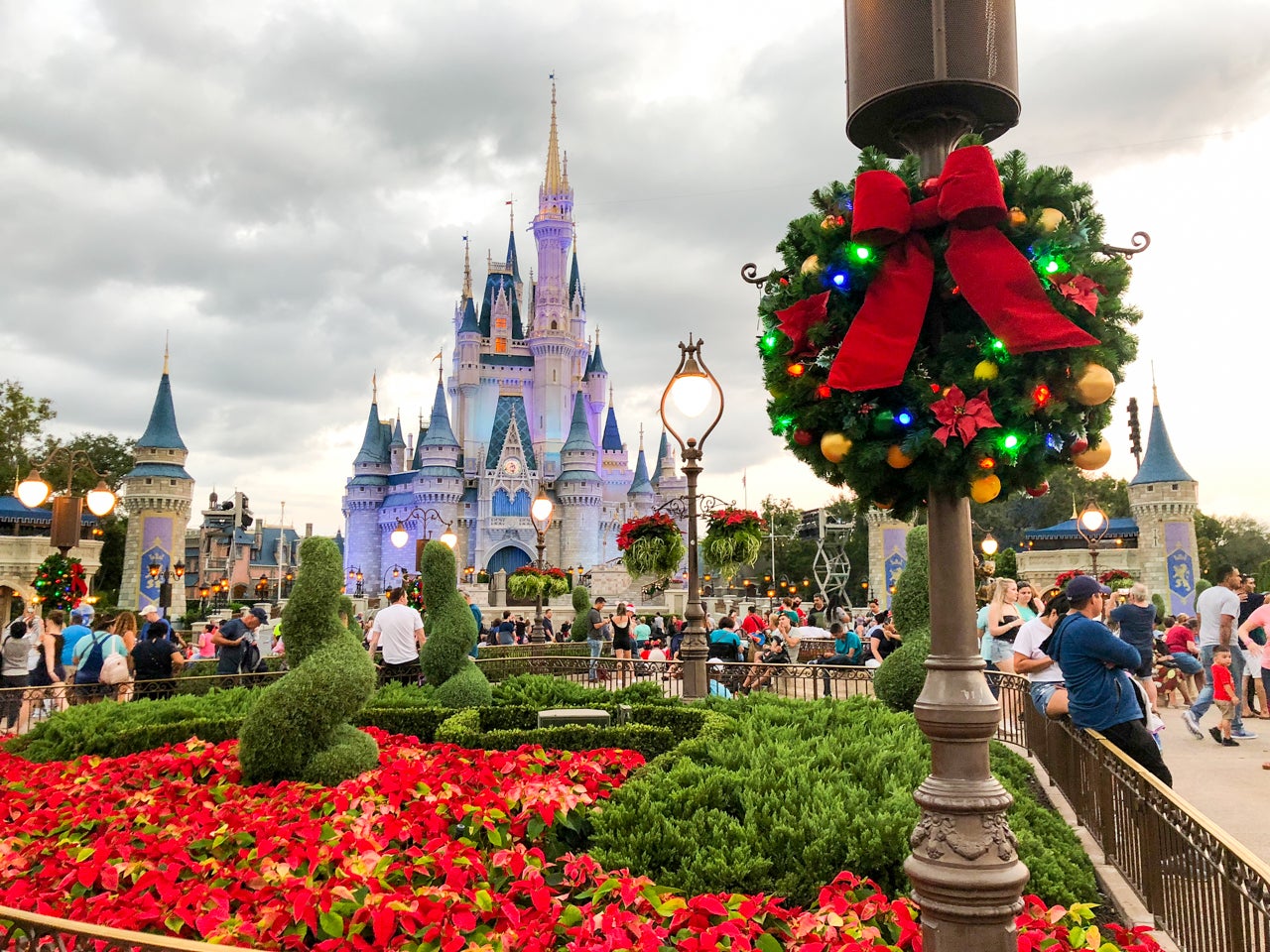 As the travel industry reopens following COVID-19 shutdowns, TPG suggests you talk to your doctor, follow health officials’ guidance and research local travel restrictions before booking that next trip. We'll be here to help you prepare, whether you're traveling next month or next year.

A visit to Disney World is a pretty special occasion any day of the year, but the holidays at Disney are the most magical of all. Halloween offers family-friendly and not-too-spooky fun, but the Disney Christmas decorations and programming shine extra bright.

Of course, this is 2020. So, unfortunately, nothing is really going according to plan.

We already knew there wouldn't be an official "Mickey's Not So Scary Halloween Party" at Disney World this year. But now, we know that Mickey's Very Merry Christmas and the annual Candlelight Processional at Epcot also will be "on hiatus" for 2020.

The good news is, Micky isn't skipping the Halloween and Christmas festivities in Florida completely. Instead, Disney is doing what it's done for the past several months: improvising.

For more curated TPG travel tips and recommendations delivered each morning to your inbox, sign up for our free daily newsletter.

Disney World has confirmed to TPG that, beginning on Sept. 15, and lasting until Oct. 31, Main Street U.S.A. will get an autumnal makeover with fall décor. (If that sounds ho-hum to you, just know the changing of seasons in the parks is a big deal for Disney fans.)

Related: What happens at Disney World the day after Halloween

But, it's not just pumpkin décor that will delight travelers who decide to strap on a face mask and make a park reservation to enter the gates of Disney World this fall. While formal parades are still suspended at Disney World to prevent crowding, the park has been doing short, unannounced "cavalcades" since it reopened in early July – which I honestly think are more enjoyable than long, crowded parades.

Related: What it's really like at a reopened Disney World

Soon, some of those surprise character appearances will get a bit spookier with a Halloween theme for Mickey, Minnie, Pluto and pals. That's not the same as the really cool Boo-To-You parade that normally comes with the official Mickey Halloween party, but it's still a very welcome festivity.

And, for the first time ever, Disney is going to let guests wear Halloween costumes to the Magic Kingdom during regular operating hours.

FOR NO COST ASSISTANCE WITH PLANNING AND BOOKING YOUR NEXT DISNEY VACATION, CHECK OUT TPG'S DISNEY BOOKING PARTNER, MOUSE COUNSELORS.

Usually, that's a treat reserved for the specially ticketed evening Mickey Halloween parties or a few other special events. With your costume, you'll still have to wear a face-covering, and only parkgoers under the age of 14 can wear costume masks. Adults can't wear full-length princess dresses or capes that touch the ground, but there's still more leeway with costumes than during normal park operations.

But in a world where a lot of things are still weird, it will be nice (dare we say normal) to coordinate costumes with your family if you're heading to Disney in the coming weeks. (And here's how to make it happen for less.)

While the traditional marquee events at Disney World, such as Mickey's Very Merry Christmas Party, the Epcot Processional and even the life-sized gingerbread house at the Grand Floridian, won't take place in 2020, the holiday festivities aren't completely on hold.

Disney has confirmed that Christmas decorations and those impressively tall decorated trees will appear in the parks and hotel resorts beginning on Nov. 6 and will remain on view through the end of the year.

There will also be holiday-themed character cavalcades. Expect to see gingerbread men, reindeer, elves and even Santa join the line-up ... but know that Santa will just be waving, not accepting individual gift requests.

The Toy Soldiers, a holiday staple at Disney, will join the Main Street Philharmonic to march through Magic Kingdom Park, which sounds pretty great to me as they're awesome to watch (and hear) marching through Main Street.

Cinderella Castle won't be covered in the Castle Dream Lights this year, but it will get a rotating series of lighted overlays (think: red, green and gold ornamentation).

Over at Epcot, beginning on Nov. 27, holiday kitchens will return to the World Showcase with everything from slow-roasted turkey and stuffing to cheese fondue in a bread bowl.

Also at Epcot, the group Joyful! will perform traditional Christmas and holiday music, and the ever-popular Voices of Liberty will perform carols and songs of the season.

Last but not least, there will be another reopened character meal to add to the existing line-up.

Beginning Nov. 6, Hollywood & Vine at Disney’s Hollywood Studios will feature Santa Goofy and friends in their finest holiday attire. The characters will (presumably) give socially distant waves as you eat your meal. My family tried that holiday dining experience last year (before the pandemic, of course) and it was a great way to see the characters in their holiday outfits.

Disney is working hard to deliver holiday-themed fun while avoiding events likely to draw big crowds. Having traveled to Disney the last few holiday seasons, it sounds like they've done a really good job pausing attractions and events -- like the gingerbread houses -- that really do become choke points.

After going to Disney's reopening a few months ago and watching the park work to manage fun and safety over the last few months from online reports, I'm seriously considering a return trip for a dose of the reimagined holiday fun.