This Is Delta's Crazy Plan to Cancel Fewer Flights This Winter

Articles
Darren Murph holds a Guinness World Record as the planet's most prolific professional blogger. He's an explorer at heart, having traversed nearly 50 countries and all 50 US states. He's flown over one million miles on Delta alone, and serves as a senior writer at TPG.
Follow
Nov. 10, 2018
•
5 min read 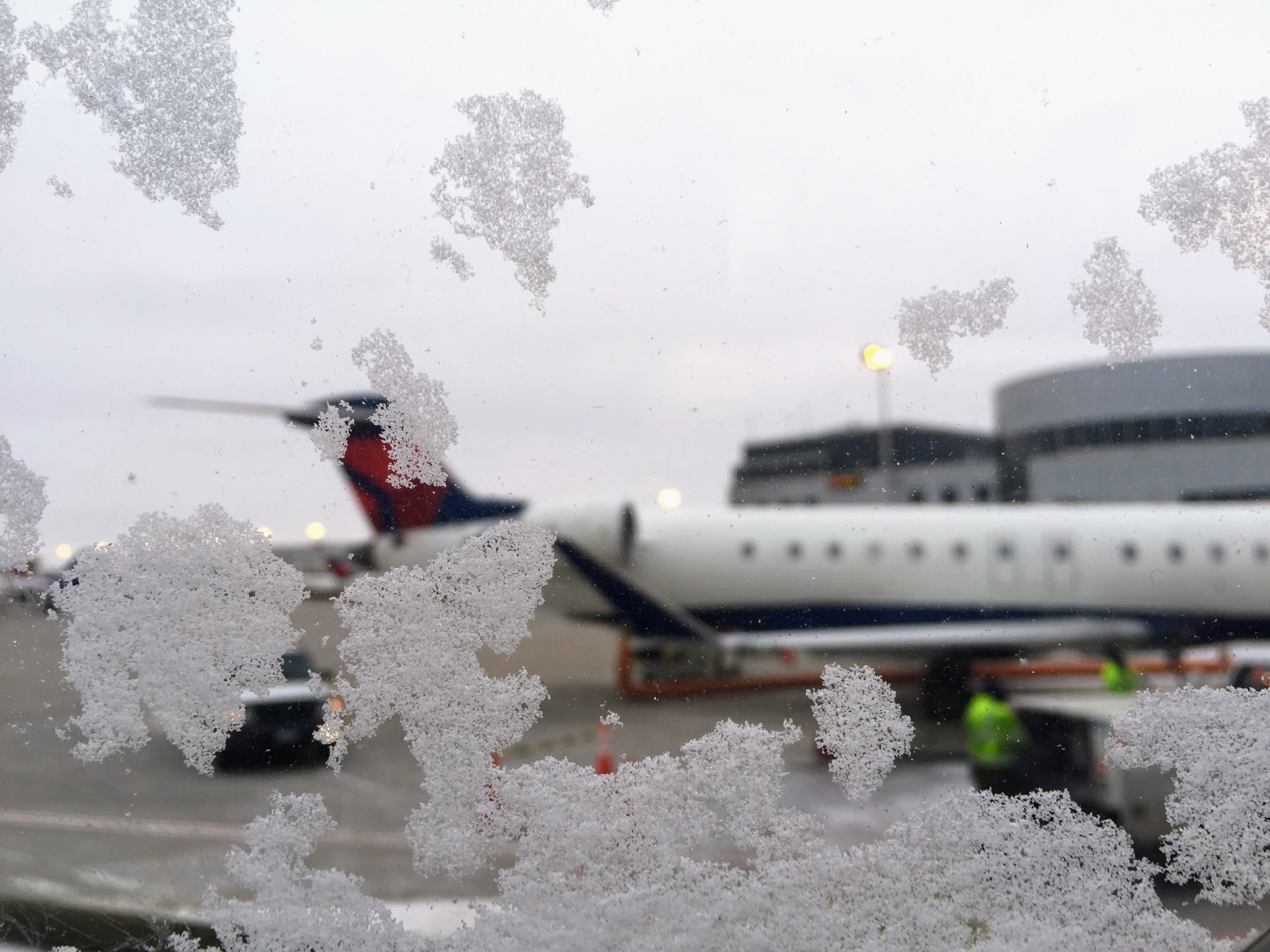 This Is Delta's Crazy Plan to Cancel Fewer Flights This Winter
This post contains references to products from one or more of our advertisers. We may receive compensation when you click on links to those products. Terms apply to the offers listed on this page. For an explanation of our Advertising Policy, visit this page.

I recently toured Delta's elaborate operations at the world's busiest airport, Hartsfield–Jackson Atlanta International Airport (ATL), and saw first-hand the lengths the airline goes in order to maintain its industry-leading on-time performance. Not only is it investing in technology to anticipate and avoid turbulence while in the air, it's also implementing a slew of process improvements to reduce cancellations and travel headaches this winter due to ice and snow.

Before we dive too deeply into the technical improvements, here's one element that immediately made my jaw drop: This winter, a hardcore team of approximately 124 employees will be deployed up to 48 hours before a forecasted storm to provide on-the-ground support. Much like Delta works days in advance to minimize disruption from an impending hurricane, it appears that the same level of planning will now go into winter storms as well.

But that's not the craziest part. Get a load of this: "Delta plans to utilize spare, wide-body aircraft equipped with Delta One business class lie-flat seats for employee accommodations onsite if needed."

You read that right. To maximize productivity in getting birds in the air despite snowstorms, Delta employees may end up sleeping on their own aircraft rather than leaving the airport to find a hotel. That, friends, is dedication on an entirely new level.

Starting on its home turf (and busiest hub), Delta is adding 20 new de-icing trucks in Atlanta. It's also adding Type-IV glycol fluid in eight other cities, which "when applied on critical surfaces like the wings and tail after the de-icing process, prevents ice from reforming on the aircraft before takeoff." The airline claims that this enhancement alone "would have allowed for 143 fewer cancels in 2018," which definitely bodes well for 2019.

In an effort to make de-icing seamless system-wide, employees from Delta's snowiest hubs in Minneapolis (MSP) and Detroit (DTW) came together with leaders from Atlanta (ATL), Boston (BOS), Cincinnati (CVG), New York (JFK), Salt Lake City (SLC) and Seattle (SEA) as well as the operational performance and analysis teams over the past year to share best practices and opportunities for company-wide process improvement.

New for this year are two "state-of-the-art simulators that give employees in Atlanta the opportunity to get on-the-pad experience right from the classroom." The simulators are designed to match a de-ice truck cab and allow employees to practice their skills safely and without adding extra wear to equipment.

As if that weren't fancy enough, Delta has also rolled out a proprietary De-Ice Manager and mobile app, designed to provide real-time updates to de-ice crews on the ground via handheld devices and to teams in the ramp control tower and the carrier's Operations Customer Center (OCC) through a dashboard. Additionally, the De-Ice IT manager system captures the real-time data for better coordination and quicker recovery and has been deployed to Delta's northern hubs, where winter conditions have already begun.

Before this season, data on the de-ice process was captured by hand (!) and with the new platform, teams will now have immediate visibility to the de-ice process and accurate throughput data at the airport and pad level, as well as surface tracking and fluid inventory monitoring.

With certain ski resorts already welcoming guests, it's safe to say that winter flying is upon us in select regions. Delta is already being forced to crank up de-icing equipment in some cities, but thanks to all of the above, it anticipates "hundreds of fewer cancels due to winter weather" this year compared to last.

It's also planning to keep passengers more informed. Generally, those flying are a lot more patient with an airline if kept in the loop. Even if winter weather puts Delta on the struggle bus, it intends to keep customers "accurately informed on their flight's status from boarding to departure so they can better anticipate their arrival at the destination." With more visibility to the de-ice operation, crews can work through checklists and tower correspondence more proactively, all while continuously communicating the aircraft's position in the de-icing process and informing travelers of the importance of de-icing.

To aid customers traveling during inclement weather the airline will also be expanding the Delta Peach Corps, a volunteer team of office employees previously deployed only in Atlanta but now available in various hubs to help customers with check-in, wayfinding and other high-touch needs.

Now, we're just waiting for Delta to be named The Official Airline of Old Man Winter.