How bad will the delta variant be for airlines this fall?

Articles
David Slotnick is a senior aviation business reporter at TPG. He covers anything and everything to do with the business of running an airline.
Follow
Sept. 03, 2021
•
7 min read 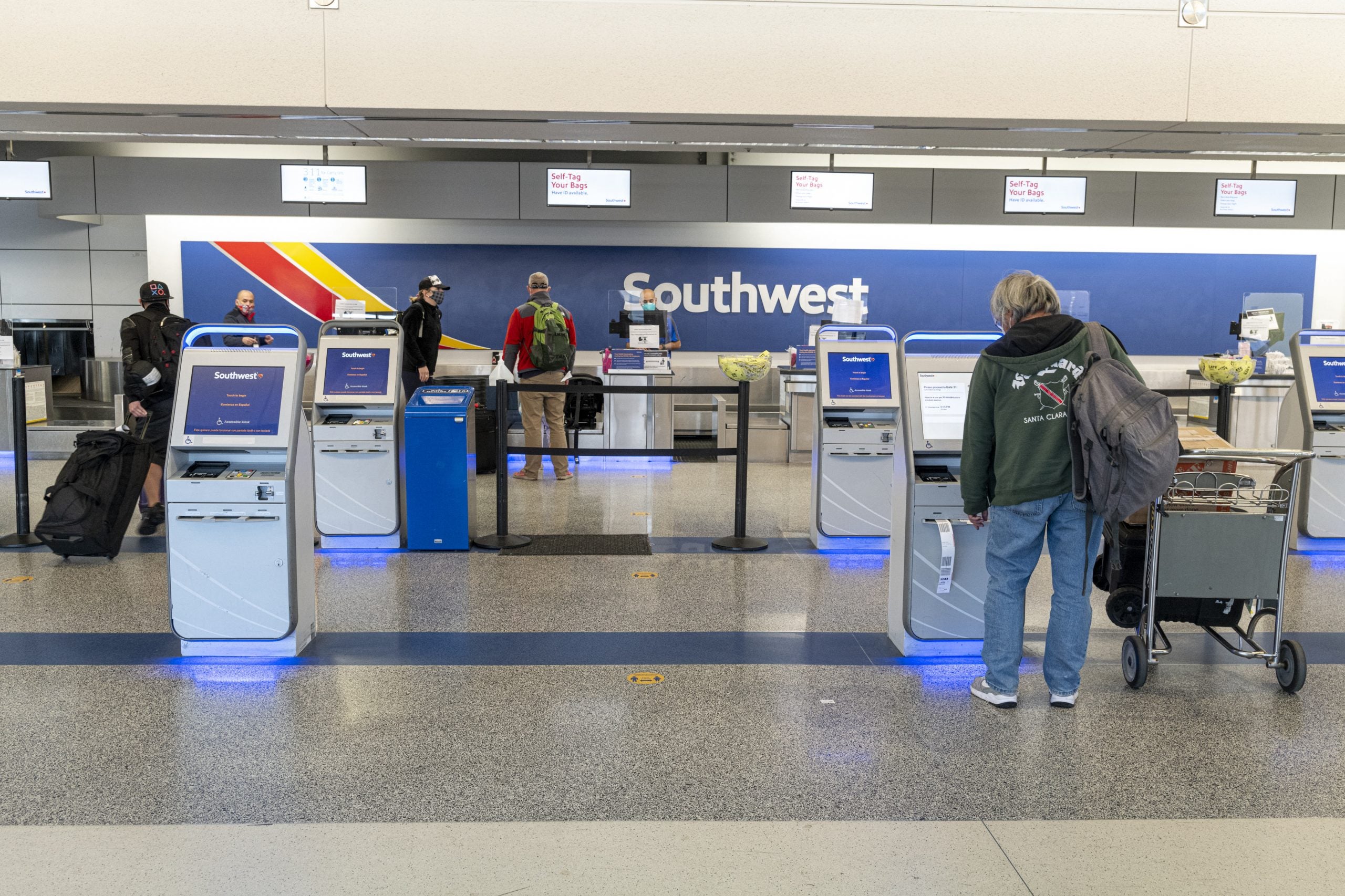 The summer leisure travel season is drawing to a close, and travel numbers are on the decline.

The daily number of commercial air passengers in the U.S. has failed to reach 2 million since Aug. 15, according to the Transporation Security Administration, while U.S. spending on new flight bookings declined from June to July, and again from July to the first three weeks of August, an analysis from Adobe found.

On its face, the data is unsurprising, but it reflects grim news for airlines. Leisure travel typically begins to fall off around mid-August as school begins, before surging somewhat on Labor Day weekend and falling again until the holidays. With the airlines' recovery from COVID-19 largely led by leisure travel, carriers hoped that business travel would begin to return in force after Labor Day.

The spread of the delta variant and some delayed office reopenings, however, have caused concerns that this might not actually happen — despite high hopes earlier this summer that the variant would not have a major impact.

But while it's clear that the delta variant and surging COVID-19 cases are certainly slowing the unexpectedly fast pace of the business travel recovery that began in late spring, the degree of that deceleration — and the possibility of a reversal, with business travel contracting again — remains less evident.

In fact, U.S. carriers have continued to show signs of optimism over this fall's business travel season. While it may not come back in force like they were hoping — particularly with much long-haul travel still on hold — the impact of COVID-19 on the airlines this season will be significant — but likely won't be as bad as it has been in the past.

What the data shows is not actually that bad

So far, things don't seem to be as bad as could be expected.

TripActions, a corporate travel management platform, has seen bookings fairly stable over the past several weeks ("plateaued" is how a spokesperson for the company described it). Although the week-over-week increase in new bookings has slowed down since earlier this summer, bookings are not declining, either.

Trip cancellations are up, but not enough to cause the new-bookings rate to fall. Notably, those cancellations come at a time when airlines have been particularly afflicted by bad weather and staffing shortages, both of which could play a part alongside delta variant concerns. The number of bookings made per client has also increased in recent days, the TripActions spokesperson said earlier this week.

Countering the optimism: a survey from the American Hotel and Lodging Association found that 60% of business travelers expected to delay trips due to the continuing spread of COVID-19 cases.

Long-term recovery also remains in question, with ongoing discussions across industries about cutting back on business travel, particularly for internal meetings, according to a recent Bloomberg survey.

One example: HSBC will slash its travel budget in half and cut its real estate footprint by 40%, CEO Noel Quinn this week.

In the shorter term, however, a recovery from current business travel levels is all but inevitable — the question is how fast it will come, and when it will accelerate.

According to several airline industry analysts, some impact from the delta variant is expected in the coming weeks — just maybe not as big of one as some in the industry may be worried about.

"We believe the duration of the weakness will be short and for bookings to accelerate again into Thanksgiving and the winter holidays," MKM Partners analyst Conor Cunningham wrote last week. For the third quarter, he wrote that MKM was lowering its revenue assumptions by three points, and that they expect "for several airlines to go from modestly profitable to losses."

Still, Cunningham wrote in an update on Sunday that even with an increase in close-in cancellations and a possible decrease in bookings, the impact is not expected to last for long, saying he expects "bookings to accelerate into Thanksgiving & winter holidays."

In terms of corporate travel, Cunningham wrote that while there may not be a surge after Labor Day like the airlines had hoped, it's still expected to increase overall.

More: Delta is testing new tool to let passengers upload vaccine cards ahead of their flight

"(We) still do expect a recovery through the remainder of 2021, just a more modest one," he wrote. "The corporate improvement near-term remains centered around small- and medium-size businesses as many require travel to drive sales."

Overall, it's an outlook shared by other analysts.

"We remain encouraged that this year's resurgence in demand to travel bodes well for longer-term trends but do expect some softness in September and October as leisure moderates, international restrictions remain in place and offices largely delay prior reopening plans," Joseph DeNardi of Stifel wrote on Friday.

"COVID-19 cases rolling over in select states is a positive signal. Improving case trends could drive a demand rebound as travelers look to squeeze in a vacation before the end of summer," wrote Helane Becker of Cowen, noting that a usual September rebound could be somewhat delayed by "continued delta-driven outbreak."

The three major U.S. airlines — American, Delta and United — declined to provide comment or make anyone available for an interview for this article.

However, executives from American and Delta suggested in public appearances late last month that things are, indeed, dipping but it's expected to be short-lived.

"It certainly seems that with delayed returns to office that ... those plans will probably be a little more muted," he added. "But that said, as we look out there, we were really pretty conservative on how we kind of planned both the airline's revenue production and capacity plans into the rest of the year."

Delta CEO Ed Bastian, meanwhile, noted a disruption from the B.1.617.2 variant — as the airline typically refers to the delta variant — while speaking with "CBS This Morning" last week.

"In the advanced bookings, we've seen some choppiness primarily around the business traveler," Bastian said. "Businesses are delaying their reopenings. They're pushing them back anywhere from 60 to 120 days because of the variant."

Still, Bastian said, even with that two-to-four-month delay in business reopenings, current levels of business and leisure travel — even after the post-Labor Day slowdown — should be enough to help the airline weather the latest bumps in the recovery road.

More: Some countries are setting vaccine expiration dates for travel

"I don't expect it's going to have a material impact on our results," Bastian said. "We're doing well, we expect to be profitable this quarter, even with a considerable amount of our revenue still not back yet."

Bastian's optimism appears to be strong enough for the airline to continue — even accelerate — its recovery plans: On Tuesday, Delta said it would hire an additional 1,500 flight attendants by next summer — in addition to another 1,500 whose hiring was put on hiatus at the start of the pandemic.

Notably, the three major airlines have waited to issue update financial guidance — they're expected to do so after Labor Day. Meanwhile, leisure-heavy carriers Spirit, Frontier and Southwest have lowered their guidance, expecting a slump in demand due to the variant.

In the meantime, Labor Day weekend may still provide a nice revenue bump for the airlines, in spite of the variant.

United said on Wednesday that it expects to carry 2 million passengers over the weekend — about 75% of 2019's numbers, but more than triple the number carried over the same weekend in 2020.

Related stories
Should you buy Marriott points with a 50% bonus?
5 secrets to getting a luxury cruise for less
Deal alert: Widespread Air Tahiti business class award space to French Polynesia
This no-annual-fee card earns 2% cash back on every purchase — and automatically applies your rewards
Featured image by Bloomberg via Getty Images
Editorial disclaimer: Opinions expressed here are the author’s alone, not those of any bank, credit card issuer, airline or hotel chain, and have not been reviewed, approved or otherwise endorsed by any of these entities.