Articles
Chris Dong was a reporter at The Points Guy, where he covered the intersection of credit card rewards and travel.
Nov. 24, 2020
•
5 min read 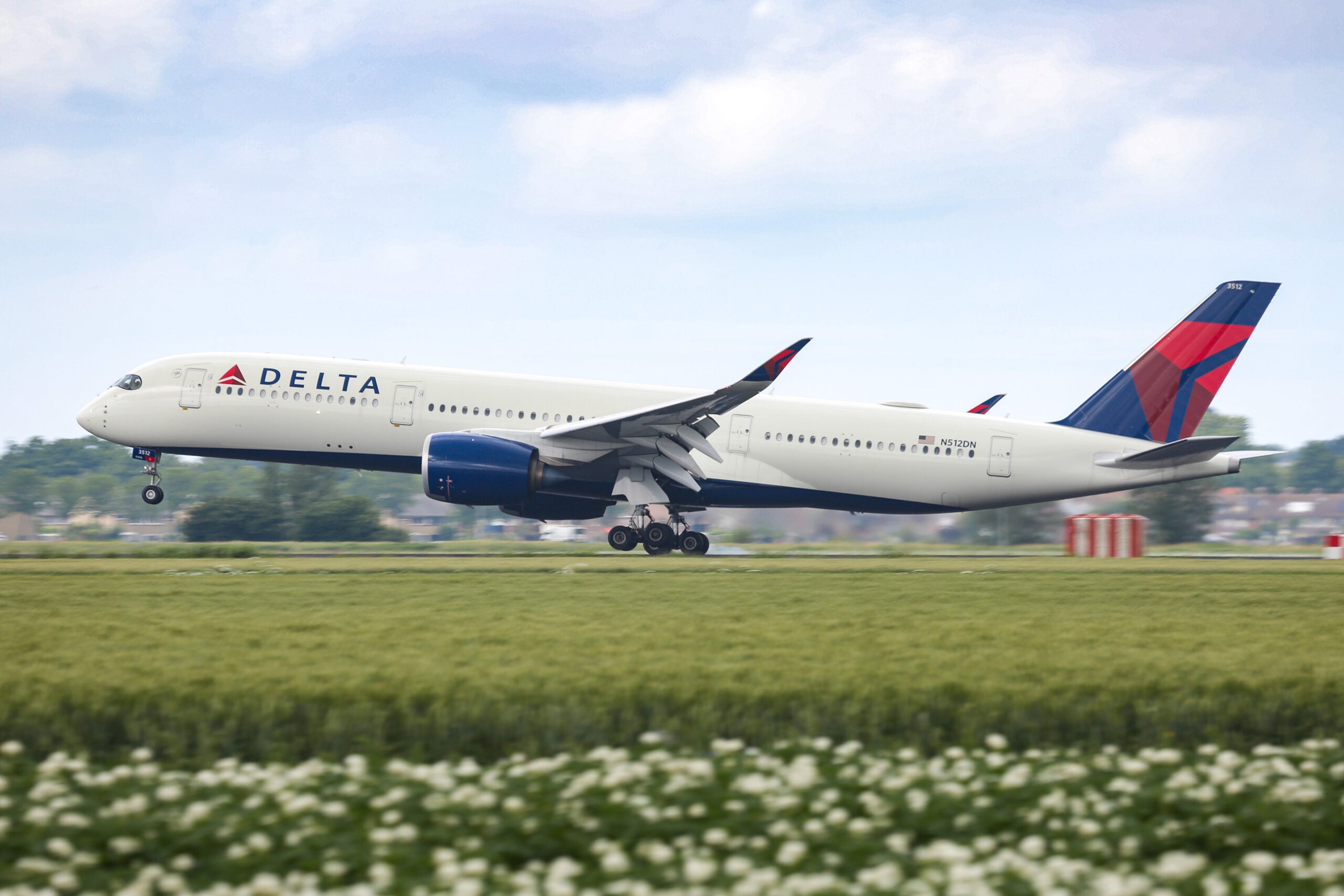 This story has been updated to include that two A350s are already in service with the Comfort+ cabin.

With the Boeing 777 now retired, the cornerstone of Delta's long-haul fleet is the Airbus A350.

As previously announced, the A350-900 will replace all of the 777's ultra-long-haul routes — including flights to Johannesburg (modified with a fuel stop in Cape Town on the return leg to Atlanta), Mumbai, Shanghai and Sydney.

While the A350 will become Delta's international flagship aircraft, there is something noticeably missing since the first plane took to the skies in October 2017.

All 13 of the A350-900s that Delta has taken delivery of through October 2020 have been missing a Comfort+ cabin, the extra-legroom seating typically located at exit rows and at the front of Main Cabin.

Now, the Atlanta-based carrier is adding extra-legroom economy seating to the A350, according to updated A350 seat maps on its website. Two A350s that entered service in October already have Comfort+, with future deliveries also including the extra legroom cabin. The story was first reported by Simple Flying.

Here's why it matters, especially for Delta elites.

How Delta's A350 will now look

Delta launched its latest-generation seat products on the Airbus A350. That included the Delta One business-class suite, Premium Select premium economy and Main Cabin.

Conspicuously lacking, however, is a Comfort+ cabin. That's changing moving forward as Delta acquires 20 more A350s that are on order as well as retrofitting 13 other A350s with extra-legroom economy beginning next year.

A Delta spokesperson told TPG that the "goal is for all remaining widebodies in Delta’s fleet to be fitted with all four seat products in the future."

While Comfort+ has several inches more legroom than Main Cabin, how can Delta retain the same number of seats within the exact footprint as before?

Well, according to Delta's website, the Main Cabin will get a slight reduction in legroom to make room for the extra-legroom Comfort+ cabin.

Clearly, there have to be reductions somewhere to make the math work, including redistributing the distance between seats in Main Cabin. If next time you hop on board a four-class-equipped A350 and notice a somewhat more cramped economy seat, you're probably not wrong.

But while the tighter seats may be unpleasant for standard economy flyers, there could be an upside here for Delta elites.

Why it matters for Delta elites

However, elites are eligible to be bumped from Main Cabin to Comfort+. That's not very helpful if your aircraft, such as the A350, doesn't even offer such a cabin.

With Comfort+ now being installed on upcoming A350s, all Delta elites are eligible for an upgrade from Main Cabin, with each elite tier getting advanced priority as you go further up the ladder from Silver, Gold, Platinum and Diamond.

Unlike some other airlines such as American, Delta considers its extra-legroom economy as a separate class of service meaning elites cannot immediately select a Comfort+ seat, but have to wait to clear an upgrade after ticketing.

Between extending elite perks, making it easier to earn status without traveling and a generous status match opportunity, Delta has made significant inroads in retaining — and even attracting — loyalists during the pandemic.

This latest move by Delta to introduce a Comfort+ cabin is excellent news for travelers looking to have a few more inches of space — without shelling out the big bucks (or using an upgrade certificate) for Premium Select or Delta One.

It's even better news for Delta elites who are eligible for complimentary upgrades, whenever your next international flight may be. However, know that if you're stuck in economy, that sliver of space might have just gotten a little bit tighter.