7 tips for scoring elite status with your favorite cruise line

Articles
Ashley Kosciolek has spent more than a decade writing about travel, with particular emphasis on cruises. Her favorite cities include London; Amsterdam; Krakow, Poland; Phnom Penh, Cambodia; Dawson City, Yukon; and anywhere known for outstanding pizza and theater. You can follow her daily exploits, both at sea and on land, on Instagram or Twitter @slyjabroni.
Follow
Feb. 11, 2022
•
7 min read 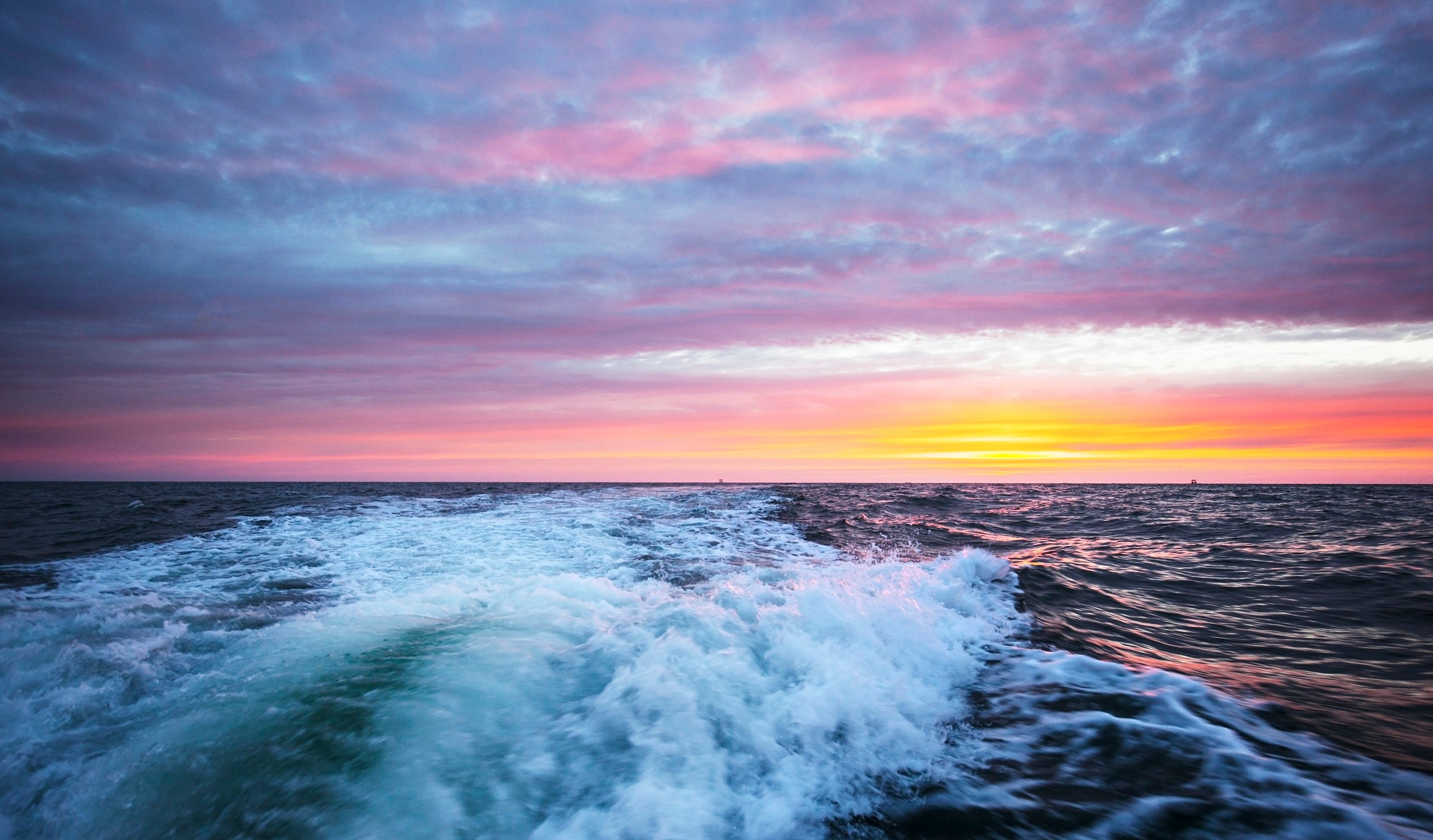 Do you crave VIP status? Do discounts, freebies and complimentary cruises sound enticing? All that and more can be yours through your cruise line's loyalty program. If the upper echelons seem unattainable, The Points Guy can help.

Because people generally cruise less than they fly or stay in hotels, it can take longer for customers to reach cruise programs' higher tiers than it might take for them to become high-level elite with an airline or hotel group. However, what's great about cruise line programs is that you have status for life. Once you reach each tier, you stay there until you move to the next. Unlike air and hotel reward schemes, cruise loyalty programs do not reset to zero each year.

With that in mind, The Points Guy has some advice that could help you reach cruise loyalty program milestones more quickly.

First, you'll need to figure out how loyalty status is determined on your favorite cruise line. Some lines tally the number of nights you sail, while others operate on a points system, with points earned based on number of nights cruised or dollars spent.

Once you have that information, plan your strategy accordingly, using our recommendations below. VIP status and all its perks might be within reach after all.

Most cruise line loyalty programs will award extra points or nights toward your status when you book more expensive accommodations, such as suites.

For example, Holland America Line's Mariner Society program gives cruisers one point per night that they sail, but it rewards passengers with double points if they are staying in penthouses or suites. If you book a 10-night sailing in either of those categories, you'll receive 20 points instead of 10, which will push you up the ladder faster.

Suites cost more than standard accommodations, so you'll have to weigh your budget and the perks you're aiming to snag to see if the added price is worth it to you. Mini-suites or junior suites don't count; you need an actual suite booking to get the extra points.

You can't game the system, either. You won't receive additional points for staying in a suite as the result of a free or discounted upgrade.

If your line of choice uses the number of nights you sail to award you status — like Carnival Cruise Line does with its VIFP Club — your main concern should be either booking longer cruises or taking a larger number of short ones. If you're on a budget and looking to do this in the most inexpensive way possible, book an inside cabin. That way, you're spending the least amount possible for those status-earning cruises, allowing you to take more of them.

Keep in mind that this strategy won't work if the loyalty program uses a points system because the lowest-level rooms are awarded the fewest points.

Some lines offer additional points per night if you take advantage of special offers extended to loyalty members. For example, Norwegian Cruise Line awards one additional point per night to passengers who reserve cabins via the line's Latitudes Rewards Insider Offers. That means you could progress to the next level more quickly, even in the least expensive cabins.

Cruise lines offer discounts for a variety of reasons, and if you maximize them, you save. That means you can cruise more often to earn more points or bank more nights on board, putting you on the fast track to a higher tier.

Many brands slash prices for residents of certain states where ships have home ports, with Florida boasting the most options. If you can prove you live in states where these bargains are listed, you'll save. If you utilize those promotions for sailings on older ships or those with shorter itineraries, the fares are often less expensive to start.

Additional discounts include those for seniors and members of the military. Also watch out for sales during annual discount periods, such as "wave season," Black Friday and Cyber Monday. You might also want to sign up for price alerts through your cruise line, travel agent or one of several pricing apps, which will ping you when fares drop.

Use a cruise line credit card

Seven of the eight most popular cruise lines offer co-branded credit cards. Although you won't directly achieve higher status by booking with them, they do allow you to accumulate points that you can cash in for statement credits to offset the cost of your sailing. Some cards also permit you to trade your points for cruise line gift cards, which you can put toward booking even more voyages, thereby helping you improve your loyalty tier more quickly.

If all else fails, some of the cards entitle you to special perks and amenities -- such as discounts and onboard credits -- that mimic the ones offered at the line's higher loyalty levels.

However, it's important to note that points redemption values aren't as favorable with cruise line cards as they are with more general travel cards. You'll likely get a better return on your investment by using something like The Platinum Card® from American Express, which offers bonus points on sailings booked through Amex and up to $300 in onboard credit with some cruise lines; the Capital One Venture X Rewards, which gives 2 miles per dollar on cruises (which cannot be booked through the Capital One Travel portal); or the Chase Sapphire Reserve, which offers up to $300 in annual statement credits for travel purchases, including cruises.

Are you itching to test out a new cruise line but don't want to sacrifice the perks you have from a brand under the same corporate umbrella? Ask if the sister line will reciprocate.

For example, Royal Caribbean International and Celebrity Cruises — both of which are operated by the Royal Caribbean Group — offer reciprocity via their respective Crown & Anchor Society and Captain's Club programs. That means if you've got a high tier with either line, it will be honored when you cruise with the other.

For status matches across the board, check out MSC Cruises' Voyagers Club, which features the most extensive match options of any cruise line. In addition to cruise line matches, it will also match loyalty status for most hotel programs and those from a handful of airlines.

Look for other ways to earn

As part of its Power Up Points program, Celebrity Cruises allows its loyalty members to earn points outside of cruising by taking part in a slew of qualifying activities, including filling out online surveys, participating in social media and booking special voyages. For every 10 Power Up Points you earn, you'll get 1 point toward your Celebrity loyalty status, helping you to advance to the next level.

Since the line awards points based on both cruise length and cabin type booked, the thresholds for each tier are higher than they are for reward programs that have simpler "one point per night" earning schemes. Earning extra points for non-cruising activities can speed up your climb through the loyalty ranks.

Featured image by nielubieklonu/Getty Images/iStockphoto
Editorial disclaimer: Opinions expressed here are the author’s alone, not those of any bank, credit card issuer, airline or hotel chain, and have not been reviewed, approved or otherwise endorsed by any of these entities.

Our points-obsessed staff uses a plethora of credit cards on a daily basis. If anyone on our team wouldn’t recommend it to a friend or a family member, we wouldn’t recommend it on The Points Guy either. Our opinions are our own, and have not been reviewed, approved, or endorsed by our advertising partners.
See all best card offers
Related stories
Guide
What is United Airlines elite status worth in 2023?
Reviews
A surprisingly stylish convention hotel: My stay at the Hyatt Regency Orlando
Guide
How to use the Chase Sapphire Reserve $300 annual travel credit to save on travel
Guide
Cruise payment plans: All you need to know about paying for a cruise