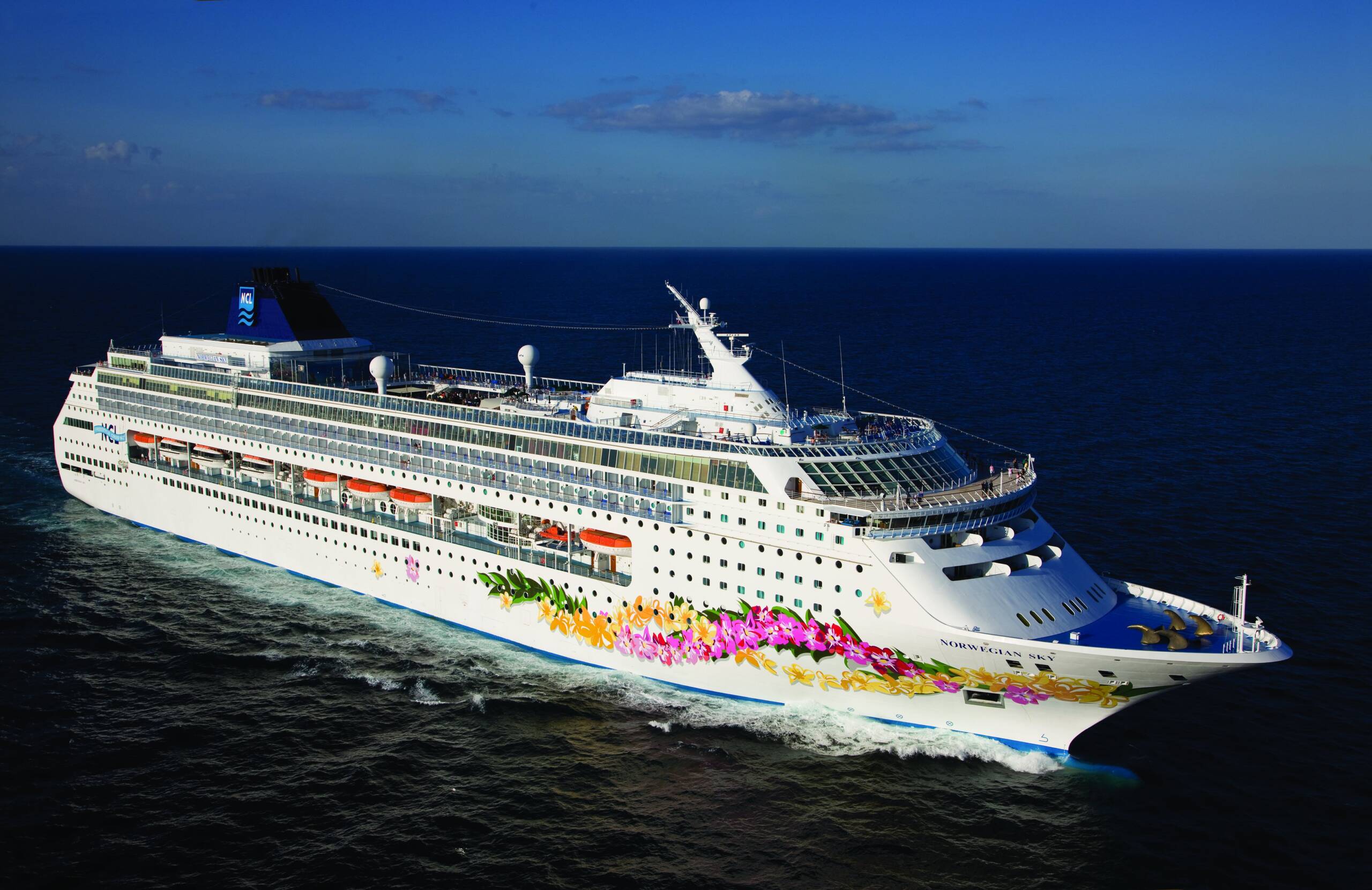 Showing loyalty to Norwegian Cruise Line can get you some great rewards.

The line’s recently revamped frequent cruiser program, Latitudes Rewards, offers members such enticing perks as discounts on normally pricey drinks packages, shore excursions and spa treatments after only a few sailings. And that’s just a hint of what’s to come for loyal cruisers who reach the program’s top tiers.

At the very top tier of the program, the Ambassadors level, the program brings one of the most spectacular rewards in the cruise loyalty program universe: A free cruise for two.

Other perks the company doles out to higher-tier members include discounts of up to 25% on internet packages, free wine tastings and free dinners at high-end restaurants on Norwegian ships.

Earning points in the Latitudes Rewards program is relatively straightforward. You will get:

There are seven tiers to the Latitudes Rewards program:

The Latitudes Rewards program is one of the more robust cruise line loyalty programs, with some solid perks available to almost all members.

After just one cruise, as a newly minted Bronze member, you will receive a 30% discount on an unlimited open bar package — a perk that could save you a significant amount of money when cruising if you're a drinker. This perk was just added in September 2022, much to the delight of Norwegian fans.

As a Bronze tier member, you’ll also receive a 10% discount at onboard duty-free shops, early access to new product information and exclusive offers, a signature pin and a few other minor things.

Moving up to the Silver level of the Latitudes Rewards loyalty program will bring all the above plus:

The Gold level bumps up the discounts on photos and spa treatments to 25% and 20%, respectively, and also brings:

As noted above, it’ll take you just one cruise to reach the initial Bronze tier. Reaching the Silver level would require three seven-night cruises, assuming you stay in standard cabins. If you book suites or book only Latitudes Rewards Insider Offers, you’ll reach the Silver level much faster.

In our view, the Platinum level is where being a loyal Norwegian customer starts paying off.

Once you reach Platinum, you’ll get all the above plus a 15% discount on internet packages, which is a great perk. Internet packages on Norwegian can be pricey.

Related: The 5 best destinations you can visit on a Norwegian cruise

Another great perk at the Platinum level is access to two free dinners at some of the top restaurants on Norwegian ships on every voyage of five nights or longer.

Norwegian recently expanded the value of this perk by making the free dinners available at more onboard restaurants. Previously, one of the free dinners, which included a free bottle of wine, could only be booked at the Cagney's steakhouses and Le Bistro French eateries on Norwegian ships. Now guests can book it at any onboard restaurant that has a complimentary wine list. Guests can also book the second free dinner at a wider range of eateries.

In addition, Platinum members get to pre-book entertainment, dining and onboard activities up to 125 days before sailing.

Related: Why Norwgian's new Prima class of ships may be its best ever

It can take as many as 11 seven-night cruises to reach Platinum status if you stay in standard cabins. However, it also can be done in as few as four cruises if you stay in higher-level cabins and book using Latitudes Rewards Insider Offers.

Once you reach the Sapphire level, you’ll get all the above perks plus a dinner with ship officers (this perk is temporarily suspended due to the COVID-19 pandemic), and priority restaurant and entertainment seating (subject to availability). The latter is really a wonderful perk, as it means you won’t be stuck dining too early or too late on nights when shipboard restaurants are busy (which is pretty much every night). It also means you can breeze into theaters for onboard shows with the knowledge that a decent seat is waiting for you.

But the ultimate perk for Latitudes Rewards members comes upon reaching the top Ambassador tier. You’ll get a one-time complimentary seven-night cruise in a balcony cabin. You can pick any destination, but you can’t select a holiday sailing (Christmas and New Year’s).

The free cruise is for two people. You can bring a third and fourth guest, but you’ll pay for their fares. You’ll also pay for all taxes, fees and service charges (including gratuities). You have one year to take your free cruise after becoming an Ambassador elite.

The Ambassador level, in particular, isn’t easy to reach as it requires 700 points. That means you might have to take as many as 100 seven-night cruises to qualify. If you stay in higher-end cabins and book a lot of Latitudes Rewards Insider Offers, you could reach the Ambassadors level far more quickly — in as few as 34 seven-night sailings.

As is often the case with cruise line loyalty programs, Norwegian customers do not have to requalify for status each year. Latitudes Rewards members keep their points at the end of each year and continue to accrue points indefinitely. That means that someone who hits Ambassador status will remain at that top-tier level forever (or until Norwegian makes a change to the program).

Such “forever status” is one of the great allures of cruise line frequent cruiser programs. Most airline frequent flyer programs, by contrast, require loyalty members to requalify for status each year.

Related: Everything to know about cabins and suites on Norwegian Cruise Line ships

Norwegian has one of the more alluring frequent cruiser programs. Even after just a few cruises, loyal fans will find they are entitled to a nice array of valuable perks, from discounts on various types of onboard spending to exclusive cocktail parties. We’re particular fans of the free dinners at extra-charge onboard eateries that come with Platinum-level status.

Featured image by MICHEL VERDURE/NORWEGIAN CRUISE LINE
Editorial disclaimer: Opinions expressed here are the author’s alone, not those of any bank, credit card issuer, airline or hotel chain, and have not been reviewed, approved or otherwise endorsed by any of these entities.