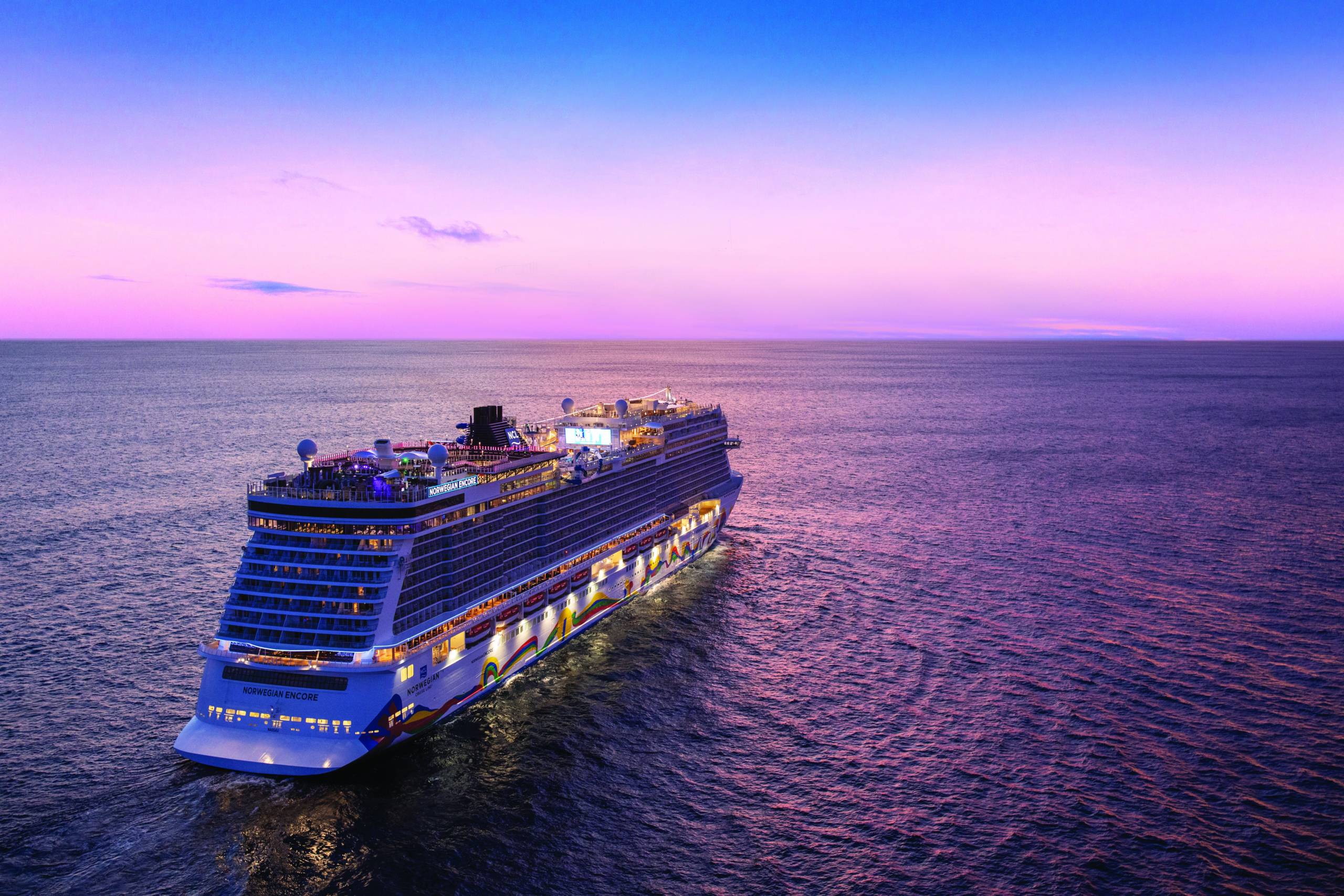 Thinking of booking a cruise with Norwegian Cruise Line? You have a lot of choices. The Miami-based line operates vessels in almost every corner of the world, with a wide range of itineraries in many destinations.

You’ll find Norwegian ships everywhere from the Caribbean and Bahamas to Europe, Asia and Australia. The line is also a big player in Hawaii.

In addition, Norwegian is particularly known for cruises to Bermuda out of Boston and New York City, and it offers Canada and New England cruises regularly. It also operates some Panama Canal sailings and trips from the West Coast of the U.S. to the Mexican Riviera.

Here, a look at the best destinations you can visit on a Norwegian Cruise Line ship.

Some of Norwegian’s most exciting itineraries are in Europe, where the line is a significant player. It offers a wide range of itineraries in the Mediterranean, as well as across northern Europe.

Norwegian will typically deploy around half of its 18 ships to the continent from spring to fall, making Europe its biggest focus for more than half the year. Norwegian also sometimes offers Europe cruises in the winter — albeit typically with just one ship.

Norwegian’s Mediterranean sailings provide the chance to see such iconic destinations as Barcelona in Spain; and Florence, Rome and Naples in Italy in a single cruise. Or, you can sign up for a Mediterranean cruise that focuses on the Greek Islands.

In northern Europe, Norwegian will take you to such famed Baltic cities as Stockholm; Tallinn, Estonia; and Helsinki in a single sailing.

In past years, such Baltic trips have also included a multiday call at St. Petersburg, Russia — traditionally the highlight of any Baltic sailings. However, like all major cruise lines, Norwegian pulled St. Petersburg from Baltic itineraries for 2022 and 2023 in response to Russia's invasion of Ukraine.

As of the publishing of this guide, St. Petersburg remains on the schedule for Norwegian's Baltic cruises in 2024. Expect that to change if there's no resolution to the war over the coming year, though.

For those looking to explore northern Europe, Norwegian also offers itineraries that zero in on Iceland, Ireland and the United Kingdom.

Among the longest sailings that Norwegian offers that include calls in Europe are one-way trips between Piraeus, Greece (the port for Athens), and Dubai. Typically lasting 18 or 19 nights, these will often include stops in Israel and sometimes Greece, as well as visits to Egypt, Jordan, Oman and the United Arab Emirates.

In the Mediterranean, the line’s hubs are Barcelona; Civitavecchia (the port for Rome) and Venice in Italy; Piraeus (the port for Athens), Greece; and Istanbul.

Related: Everything you want to know about cabins and suites on Norwegian ships

The Caribbean and Bahamas

The Caribbean and Bahamas have always been a big area of operations for Norwegian. In fact, for a long time, the regions were so much the focus that the line included the word Caribbean in its name. Up until 1987, Norwegian was known as Norwegian Caribbean Line.

These days, Norwegian usually keeps just two of its 18 vessels in the Caribbean and Bahamas year-round (this year, the year-round ships are Norwegian Sky and Norwegian Escape, both sailing to the Caribbean from Miami). But it really ramps things up in the region in the winter, when it sends a large portion of its ships here.

Norwegian currently has 15 of its 18 ships scheduled to sail to the Caribbean and Bahamas for at least part of 2023 — including its newest and most advanced ship, the 3,100-passenger Norwegian Prima.

Related: I've sailed on nearly every Norwegian ship. Here are my first impressions of Norwegian Prima

Norwegian offers a broad range of Caribbean and Bahamas itineraries from more than half a dozen home ports. If you’re looking for something short, the line has you covered in the form of lots of quick, three- and four-night trips from Miami to the Bahamas.

It also offers an abundance of seven-night sailings to Caribbean and Bahamian ports, as well as a handful of longer trips in the region that range from nine to 14 nights.

At the core of the line’s Caribbean and Bahamas program are its seven-night sailings, which break down into three broad categories:

Norwegian’s seven Western Caribbean voyages will typically include a visit to Roatan, Honduras; Harvest Caye, Belize; and Costa Maya and Cozumel in Mexico.

Norwegian is the undisputed leader in Hawaii cruises. Most cruise lines that offer sailings to Hawaii only offer a limited number of such trips during a few months each year. Norwegian, by contrast, offers sailings around the Hawaiian Islands out of Honolulu every week of the year — the only cruise line in the world to do so.

Norwegian’s Hawaii voyages are also more intensely focused on Hawaii than the Hawaii trips offered by most other lines. This is because Norwegian offers its Hawaii cruises on one of the only cruise ships in the world that meet the regulatory requirements allowing it to spend all its time in the destination.

Norwegian’s Hawaii trips take place on Norwegian’s 2,186-passenger Pride of America, which has the rare distinction of being both U.S.-flagged and U.S.-crewed. By law, only such a vessel can cruise full-time in Hawaii without regularly traveling long distances to foreign ports.

An iconic presence in Hawaii, Pride of America has been permanently dedicated to the archipelago since its debut in 2005. It offers a repeating seven-night itinerary that begins each Saturday in Honolulu and brings the chance to visit four different Hawaiian islands on a single seven-night trip.

Beginning and ending on the island of Oahu, the itinerary includes two days each on the islands of Maui, Kauai and Hawaii. The two-day visit to Maui involves an overnight stay at the port of Kahului.

Norwegian isn’t the biggest player in Alaska cruises. The giants of cruising to Alaska are Princess Cruises and Holland America, which are sister lines that control a large percentage of the market.

Still, Norwegian typically sends three to five vessels to Alaska every summer, and its big, activity-filled ships are a popular pick with families looking to visit the destination.

The Alaska cruise season is a short one, lasting roughly from May to early October.

For 2023, Norwegian plans to deploy five ships to the Alaska market:

The appeal of the one-way sailings on Norwegian Jewel is that they can be combined with Norwegian-organized land tours of Alaska lasting from three to six days to create 10- to 13-night “cruisetours.”

Norwegian usually deploys two ships on Bermuda runs every year — one out of New York City and one out of Boston.

In both cases, the sailings offered are mostly seven nights in length and include a two-night stay in Bermuda.

Note that the shorter Bermuda sailings can offer very little time in the country, sometimes as few as nine hours.

The line is also well-known for voyages around Hawaii and to Bermuda. Its Hawaii sailings, in particular, are something of a rarity in the industry.

Featured image by MICHEL VERDURE/NORWEGIAN CRUISE LINE
Editorial disclaimer: Opinions expressed here are the author’s alone, not those of any bank, credit card issuer, airline or hotel chain, and have not been reviewed, approved or otherwise endorsed by any of these entities.