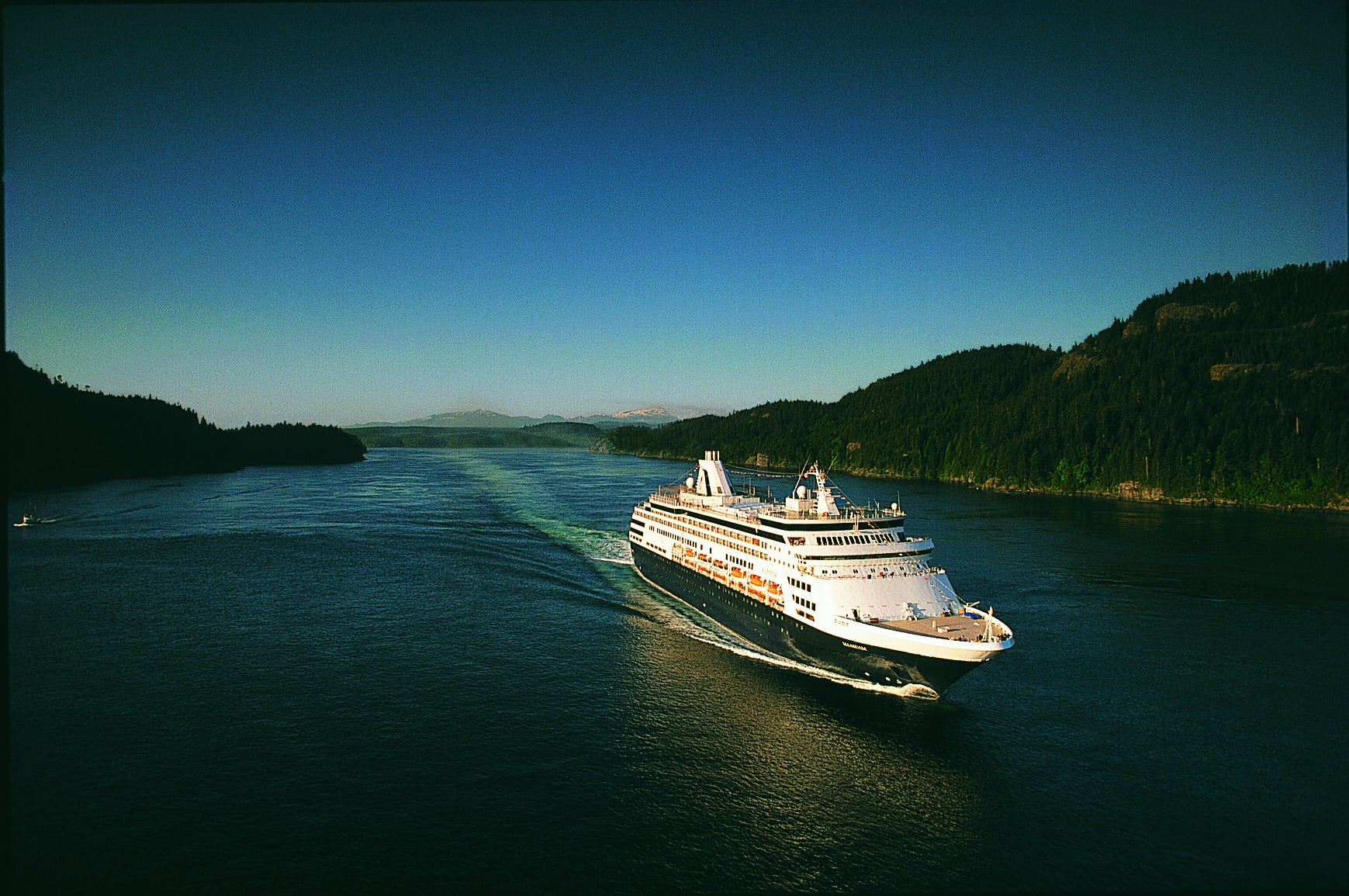 Among major cruise lines, Holland America has one of the most intriguing loyalty programs.

That latter piece of the program is unusual in the cruise space, and it means that you can reach high-level tiers of the program relatively quickly — at least if you’re a big onboard spender.

Holland America's loyalty program also offers a lot of great perks to higher-tier members. These include big discounts on specialty dining charges and drinks-related charges, as well as free passage for children sailing with you on select sailings.

The Mariner Society point-earning system is relatively simple. In most cases, you will earn one “cruise day” credit for every night you're on a ship.

You won’t get double credit if you're staying in a suite or penthouse due to a complimentary cabin upgrade.

The extra credit is calculated based on the combined folio charges for all passengers on a single booking, regardless of who signs each charge and who pays the bill. Only the first two passengers on a booking will receive the bonus credit.

There are five tiers to the Mariner Society loyalty program:

As is typical for cruise line loyalty programs, the first tier of the Mariner Society loyalty program (Star Mariner) doesn’t come with all that many valuable perks.

In addition to all the above, the big add-on for 2-Star Mariners is discounts on Holland America-branded items. Loyal Holland America cruisers at the 2-Star level will get a 10% discount on select Holland America clothing sold on ships. They also receive a complimentary photo of their ship.

The 3-Star Mariner level adds a perk that we really love: A 25% discount on specialty restaurant surcharges and on specialty coffees in various venues, Sommelier Suites packages and all mini-bar purchases. This amounts to real money savings in your pocket.

Moving up through these first three tiers is relatively easy. As noted, reaching the initial Star Mariner tier requires completing just one cruise. Depending on how much money you spend on the ship your first few sailings (which will affect your bonus-credit haul), and whether you stay in a suite or not, you could reach the 2-Star Mariner level after just two to four seven-night cruises.

Related: The 5 best destinations you can visit on a Holland America ship

Hitting the 3-Star Mariner level might take five to nine seven-night cruises, depending on your onboard spend and the type of cabins you book. However, if you sign up for one or two of Holland America’s longer voyages, you could reach 3-Star level far sooner.

The sweet spot in Holland America’s program is the 4-Star Mariner status level. This is where you really start to see some great perks, including:

We love that Holland America will let kids sail free on select sailings at this tier. The line isn’t necessarily known as a family line. However, if you have kids and you’re a Holland America fan, this could save you a lot of money.

You’ll also save a lot of money with the 50%-off specialty restaurant perk at this level and the other 50%-off discount options.

Reaching the 4-Star Mariner level may seem daunting, as it requires 200 cruise day credits. Keep in mind, however, that you’ll be earning credits for onboard spending, plus double credits if you stay in a suite. If you max out all the possibilities, you could reach the 4-Star Mariner level in just 10 seven-night cruises. If you take a few longer voyages, you could be sipping wine at a complimentary wine tasting on every voyage even sooner.

Related: The ultimate guide to Holland America cabins and suites

If you cruise with family or friends, we think the best perk in Holland America’s program is the complimentary cruise fare for kids and extra guests staying in your cabin on select sailings. As noted above, this is a 4-Star Mariner perk that also carries over to 5-Star Mariners.

We should note that all Mariner Society members get discounts of some sort for the third- and fourth- passengers staying in their cabins. During the booking process, type in your Mariner ID to view your discount for this.

Note that at the 5-Star Mariner level, loyal fans of the line also get:

Note that, as is often the case with cruise line loyalty programs, Holland America customers do not have to requalify for status each year. Mariner Society members keep their points at the end of each year and continue to accrue points indefinitely. That means that someone who hits 5-Star Mariner status will remain at that top tier level forever (or until Holland America makes a change to the program).

Related: Our favorite steakhouses at sea include a Holland America venue

Such “forever status” is one of the great allures of cruise line frequent cruiser programs. Most airline frequent flyer programs, by contrast, require loyalty members to requalify for status each year.

Holland America has awarded its most loyal guests special lapel pin “medallions” in the past and continues that practice today. Sail 100 days and get a Bronze Medallion. Cruisers with 300 days at sea get a Silver Medallion and those with 500 days earn a Gold Medallion. The Platinum Medallion is reserved for cruisers who have enjoyed 700 or more nights at sea. For pin tiers, cruise days are the only thing that counts.

Holland America has a very solid loyalty program. Unlike Royal Caribbean or Norwegian Cruise Line, it doesn’t offer its loyalty club members a free cruise after reaching the top tier of the program. Nor does it offer its members across-the-board discounts on shore excursions and beverage packages, such as Windstar Cruises does. However, some of its perks at higher levels offer a lot of value. We are particularly fond of the 50% discounts on specialty restaurant charges and some other drinks-related charges that comes 4-Star and 5-Star Mariner status.

Featured image by Holland America's Maasdam. (Photo courtesy of Holland America)
Editorial disclaimer: Opinions expressed here are the author’s alone, not those of any bank, credit card issuer, airline or hotel chain, and have not been reviewed, approved or otherwise endorsed by any of these entities.