Articles
Gene Sloan has written about cruising for more than 25 years and for many years oversaw USA Today’s award-winning cruise site. He’s sailed on more than 150 ships.
Follow
May 19, 2022
•
10 min read 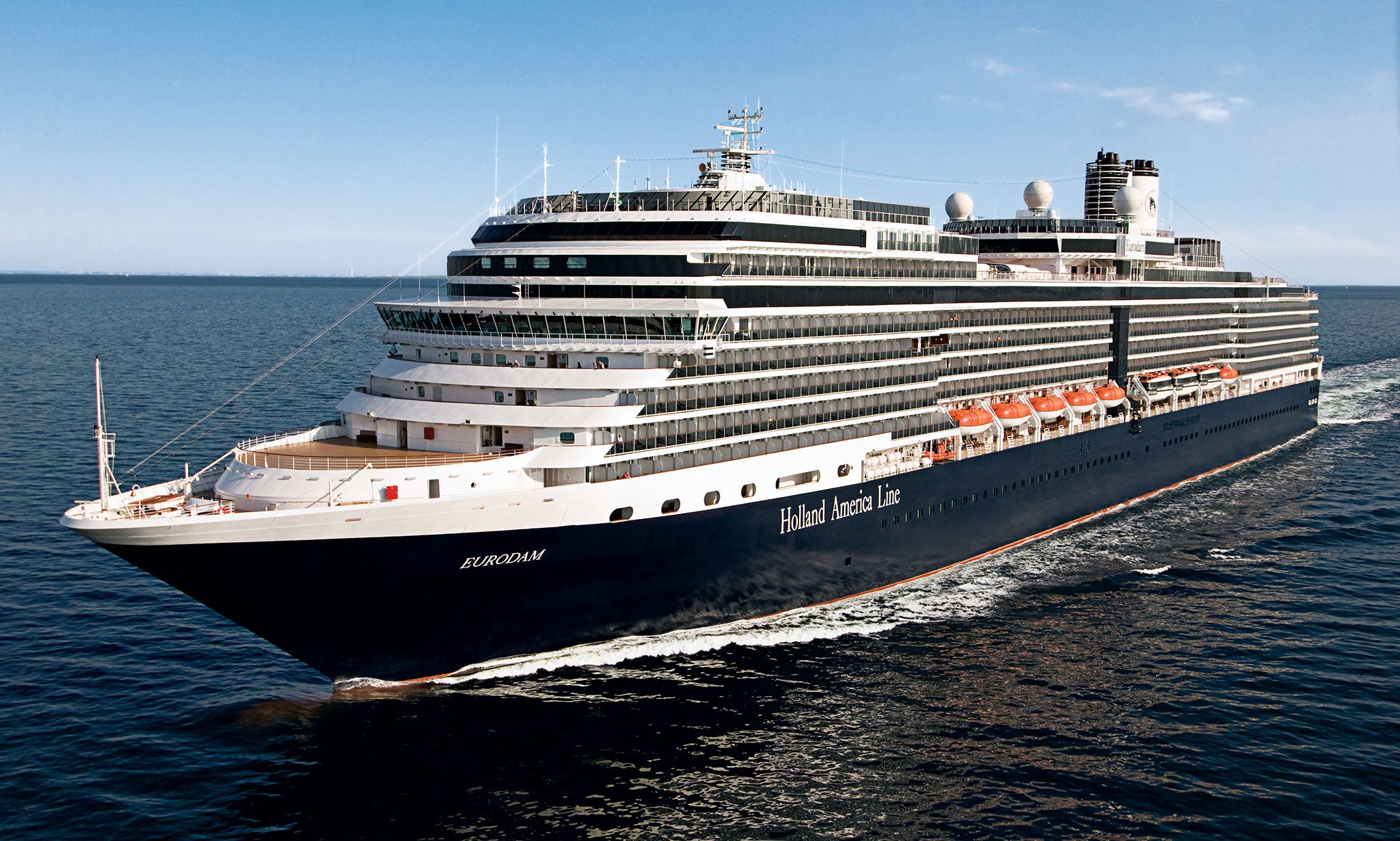 In the wake of a major downsizing in 2020, Holland America has a relatively simple fleet.

The storied, Seattle-based cruise line now operates 11 vessels that can be bunched into just four groups.

Each of these groups — known as “classes” in cruise industry lingo — is made of ships that were constructed around the same time and follow the same basic design. If you know one member of the group, you know them all.

An introduction to Holland America ships

Holland America has downsized its fleet considerably over the past two years with the removal of four vessels, but it’s still one of the seven big lines that account for the majority of cruises taken by North Americans. Its 11 ships offer nearly 23,000 berths.

In general, Holland America operates big ships. But they’re not nearly as big as the vessels operated by the six other big lines that cater to North Americans. Indeed, in some cruising circles, Holland America’s ships are referred to as “midsize” ships (as opposed to big ships).

Some of Holland America’s vessels are as small as 61,000 tons, which is as small as some of the vessels operated by much pricier, smaller lines such as Oceania Cruises or Azamara.

Related: The 5 best destinations you can visit on a Holland America ship

This means you’ll be in for a more intimate cruise experience on the typical Holland America ship than on the ships of such rival lines as Royal Caribbean, Norwegian, Princess Cruises and Celebrity Cruises. There will be fewer people on board, and venues may be less crowded.

On the flip side, you’ll generally find fewer venues and amenities on Holland America ships than on the ships of its competitors operating bigger vessels. If you’re looking for a big, bustling megaship with every amusement known to humans, Holland America isn’t your line.

Unlike some lines such as Royal Caribbean and Celebrity, Holland America doesn’t drastically change the design of its ships from class to class.

Instead, Holland America usually takes an incremental approach to design changes for its new classes of ships. You’ll find a lot in common between Holland America’s Pinnacle Class and Signature Class of ships, for instance. And these two classes won't feel all that different from the earlier Vista Class.

Related: The ultimate guide to Holland America cabins and suites

In general, Holland America’s biggest and most amenity-packed ships are its newest ships. If you’re looking for a Holland America cruise experience with the most possible onboard activities and venues, you’ll want to steer toward the vessels in its new Pinnacle Class.

If cruising in the most intimate environment possible is your goal, you’ll want to look at the R Class: Holland America’s oldest class of ship.

If you’re in the “newer is better” camp when it comes to cruise ships, this is the Holland America ship class for you.

Holland America’s Pinnacle Class just began rolling out in 2016, and the three vessels in the series are significantly younger than any other vessel in the Holland America fleet.

They’re also bigger than any other vessel in the Holland America fleet and, as a result, boast more amenities.

Notably, in addition to a main restaurant and casual buffet, the three Pinnacle Class ships have five separate specialty dining venues — everything from a pan-Asian eatery and an Italian restaurant to a steakhouse. That’s more than you’ll find on other Holland America ships.

Pinnacle Class ships also have all of Holland America’s signature entertainment venues — something that can’t be said for the line’s older vessels.

Specifically, on Pinnacle Class ships, you’ll find one of the line’s signature Music Walk live entertainment areas with a B.B. King’s Blues Club (for Memphis-style rhythm and blues), Lincoln Center Stage (for chamber music), Billboard Onboard (for chart-topping hits played by a live pianist) and Rolling Stone Rock Room (for a live band playing classic rock). The latter is something that’s only found on Pinnacle Class ships for now.

The top decks of the Pinnacle Class ships have main pool areas that can be covered by a retractable glass magrodome during inclement weather. This makes these ships a good choice when booking a cruise in a destination where the weather can be iffy.

Each of the Pinnacle Class ships also has a secondary Seaview pool and lounge area at its back.

Each of the Pinnacle Class ships is designed to carry 2,650 passengers at double occupancy.

At around 87,000 tons, the Signature Class vessels are about 15% smaller than the Pinnacle Class ships, and they have a somewhat more intimate feel.

They also have a tad fewer amenities.

Like the Pinnacle Class ships, both of the Signature Class vessels — Nieuw Amsterdam and Eurodam — have a Music Walk entertainment area with a B.B. King’s Blues Club, Lincoln Center Stage and Billboard Onboard venue, for instance. But neither of the vessels has a Rolling Stone Rock Room.

Still, the Signature Class ships are similar in look and feel to the Pinnacle Class ships.

Like the Pinnacle Class ships, the Signature Class ships have main pool areas that can be covered by retractable glass magrodomes during inclement weather and secondary pool areas at their backs.

The ships are designed to carry about 2,100 passengers at double occupancy.

Their slightly smaller size means there are slightly fewer amenities, though.

The main entertainment offerings on the Vista Class vessels are identical to what’s found on Signature Class ships: a Music Walk entertainment area with a B.B. King’s Blues Club, Lincoln Center Stage and Billboard Onboard venue.

Like the Pinnacle Class and Signature Class ships, the Vista Class ships have main pool areas that can be covered by retractable glass magrodomes during inclement weather and secondary pool areas at their backs.

The R Class ships are about 25% to 38% smaller than the rest of the ships in the Holland America fleet and have a more cozy feel.

Because of their smaller size, they also have fewer features and amenities than the ships in the other Holland America classes — particularly the ships of the newer Pinnacle and Signature classes.

In general, R Class ships appeal to cruisers looking for a more intimate cruise experience. They also draw cruisers who care more about the destinations they visit on a cruise than onboard attractions.

For instance, in the coming year, Zaandam is scheduled to sail a 71-day Grand Africa voyage out of Fort Lauderdale that includes a complete circumnavigation of the continent and stops at 20 countries.

In early 2023, Volendam will depart Fort Lauderdale for a 74-day circumnavigation of South America, and in 2024, the ship is scheduled to sail a 94-day voyage from San Diego to Australia and New Zealand.

Despite their smaller size, the R Class ships offer the same number of pool areas (two) as their bigger sister vessels, with one pool area covered by a retractable glass magrodome.

Each of the vessels has two specialty dining venues: Holland America’s signature Pinnacle Grill steakhouse and the Italian restaurant, Canaletto.

Entertainment options on the R Class ships include a main theater for shows, a Lincoln Center Stage for chamber music and a Billboard Onboard venue for live piano music.

Holland America believes strongly in offering a consistent product from ship to ship, and it doesn’t make revolutionary changes with each class of vessels it unveils.

The big difference between the line’s four classes of ships is the size of the vessels in the classes. If you’re a fan of bigger ships with more amenities, you’ll probably gravitate to the new Pinnacle Class vessels. If you like your cruise ships more intimate, you’ll probably want to stick with the R Class vessels.