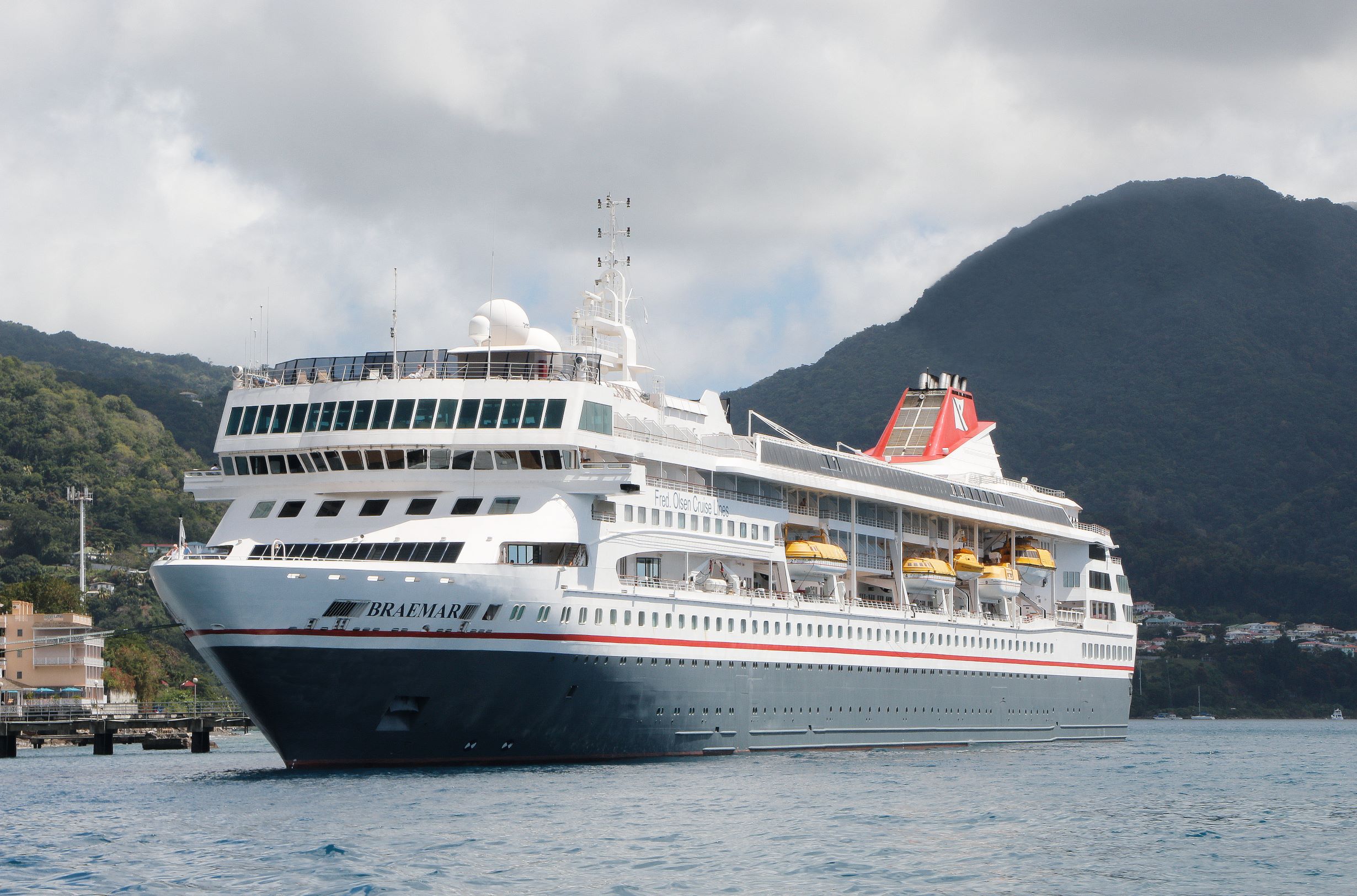 Drama unfolding at sea as countries turn away coronavirus-hit cruise ship
This post contains references to products from one or more of our advertisers. We may receive compensation when you click on links to those products. Terms apply to the offers listed on this page. For an explanation of our Advertising Policy, visit this page.

A British cruise ship in the Bahamas that is experiencing an outbreak of the new coronavirus is scrambling to find a port that will allow it to dock.

Fred. Olsen Cruise Lines — short for Fredrik, hence the period — on Sunday said its 929-passenger Braemar was at anchor about 25 miles off the coast of Freeport, Bahamas, while diplomatic efforts involving the U.K. government were underway to find a way to get passengers off the ship.

The Bahamas won't let the vessel enter any of its ports.

Five people on the vessel have tested positive for coronavirus, and another 35 are experiencing "influenza-like symptoms," the company said. All 40, a mix of passengers and crew, have been isolated onboard. There currently are just 682 passengers on the vessel, as it wasn't sailing full. Most are British. None are Americans.

The current voyage of the ship, a 10-night Caribbean sailing, was scheduled to end Thursday in Barbados, but the ship wasn't allowed to dock in the country due to the outbreak. It then headed to the Bahamas, which is its "flag state" -- the country where the ship is registered. It arrived off the coast of Freeport on Saturday but was refused permission to dock there, too.

“I can tell you that our situation continues to be looked at as a matter of the utmost urgency between the U.K. government and our head office," the captain of the vessel, Jozo Glavic, told passengers on Sunday. "Until then, please continue to bear with me and my crew.”

The Bahamas has agreed to assist in getting supplies including fuel, food and medication to the vessel from the port of Freeport. But the supplies, which are ready, are languishing on the dock.

Fred. Olsen Cruise Lines also is assembling a team of doctors and nurses to board Braemar to assist with onboard medical treatment. The crew members who have been isolated on board due to symptoms of illness include one of the ship's doctors.

The company said it would not move the ship until it had the medical staff and the supplies on board.

"Our guests and crew have been waiting in the same location since yesterday morning ... for the go-ahead from Bahamian port authorities to begin moving the supplies," the company said in a statement released late Sunday.

The five people on the ship who have tested positive for coronavirus were tested Tuesday when the ship arrived in Curacao, the ship's last port of call. Passengers weren't allowed onshore during the call due to worries about coronavirus among Curacao officials.

Two British officials have flown to Freeport from the U.K. to assist with the effort to resupply the vessel, the company said.

In a statement early Sunday, the company said bars and restaurants on the vessel remained open, and passengers had been given a complementary open-bar package. Entertainment venues had been closed. The line had not restricted passengers to their cabins.

The outbreak is similar to outbreaks that have occurred in recent weeks on two Princess Cruises ships, the Diamond Princess and Grand Princess. In both cases, passengers were quickly isolated in their cabins after the first passengers tested positive for the new coronavirus.

Most cruise lines around the world in recent days have announced a temporary suspension of operations due to the growing spread of the new coronavirus. But at least a few cruise ships remain at sea today as they finish their current voyages.

Featured image by The Fred Olsen Cruise Lines ship Braemar in the Caribbean.