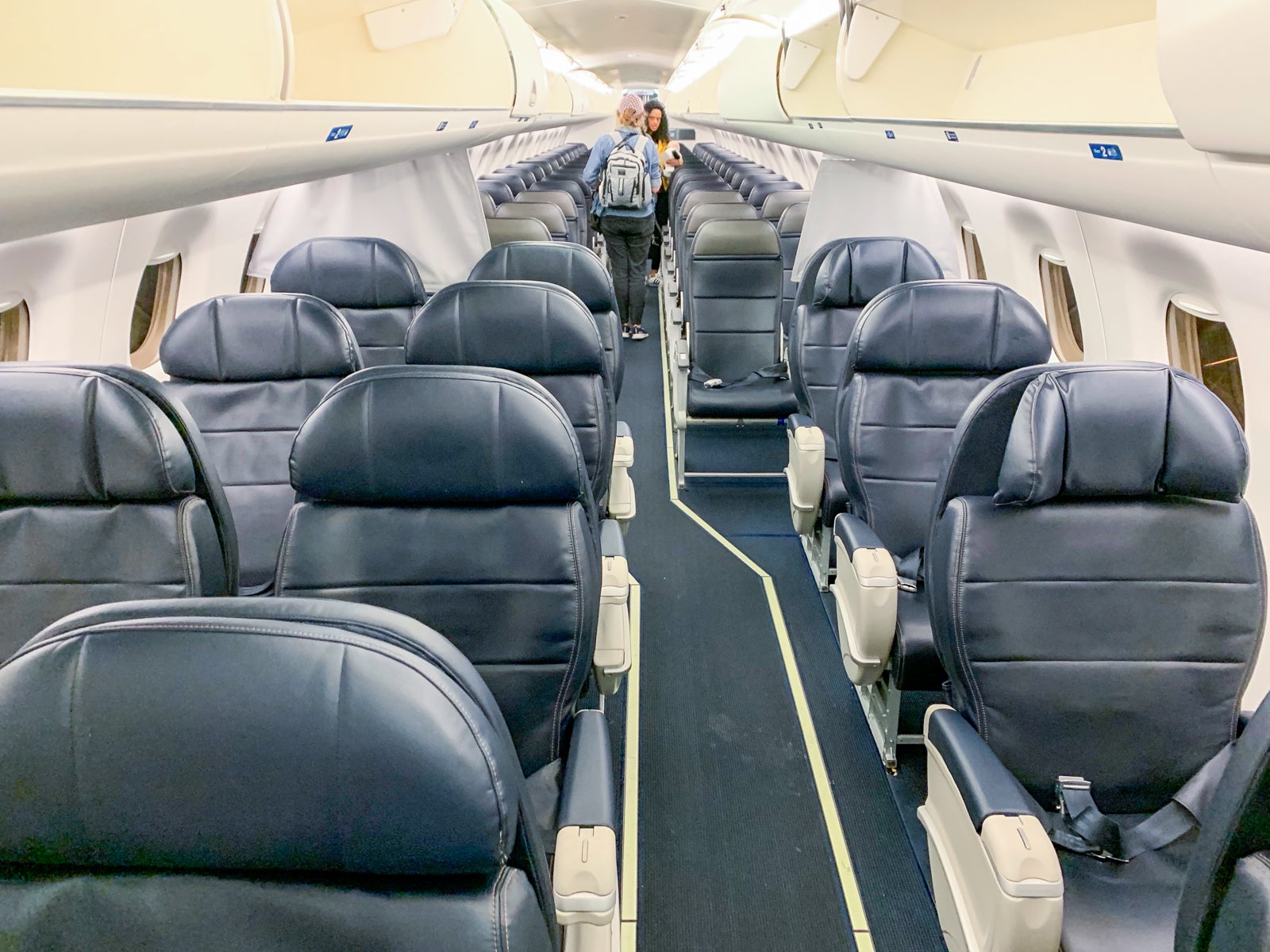 Why upgrading a 35-minute flight was as dumb as it sounds
This post contains references to products from one or more of our advertisers. We may receive compensation when you click on links to those products. Terms apply to the offers listed on this page. For an explanation of our Advertising Policy, visit this page.

As a frequent flyer, I’ve done some crazy things in order to get a first-class upgrade. Whether that’s adding an extra stop to an already circuitous itinerary or booking a long-haul flight just four hours before departure, I’ve tried many strategies to make sure I’m sitting in a premium cabin.

Last Sunday night, however, I was booked in coach on Alaska Airlines for the ~120 mile flight from Seattle (SEA) to Vancouver (YVR). I definitely wasn’t going to pay $200+ to confirm a first-class seat at the time of booking, so Alaska economy it was. However, when I checked in online, I was presented with an upgrade offer I couldn’t resist. Just $31.18 for 35 minutes in first class.

This paid upgrade offer was the cheapest I’ve ever seen in all my travels, so I figured it’d be worth a shot ... for science. Would it be worth it? Looking back on the flight, I think I was crazy to accept the offer.

I was initially intrigued by the first-class upgrade when I remembered that Alaska just recently renovated its flagship Seattle lounge. Unlike the other domestic carriers, Alaska welcomes its first-class customers into its lounges across the country. I was excited at the prospect of visiting the new lounge on account of my newly upgraded first-class ticket. Turns out that I should’ve done my research.

While first-class passengers are eligible to access Alaska lounges, you need to be on a paid or award ticket. Alaska specifically excludes upgraded tickets, no matter the instrument you used to upgrade. Alaska enforces this based on the letter of your class of service. All upgrades clear into the U class of service, which is the only first-class fare code that’s excluded from entering the lounge. (The U fare class doesn’t earn any additional miles either).

Related: How to earn miles with the Alaska Airlines mileage plan program

Without airport lounge access or additional miles, I kept looking for other ways to rationalize my decision to upgrade my flight for $31. While priority check-in and security sounds nice in theory, I had already checked in online allowing me to bypass the check-in area. Either way, there weren’t any lines at the regular check-in counters, so the priority check-in was effectively useless.

Similarly, priority security didn’t help me either. I already have TSA PreCheck and CLEAR. (As should you— together they save lots of time). So while there were plenty of priority security lanes, I’d have to forgo PreCheck screening to use them. That’d mean that I’d need to take out my laptop, potentially take off my shoes and possibly go through one of the millimeter wave scanners ... no thanks.

If I were checking bags, the $31 upgrade fee would’ve been worth it. Alaska first-class passengers are entitled to check two bags free of charge. I (almost) never check bags, so another moot point for me. But if you needed to check bags, upgrading definitely made sense since the first bag costs $30 when seated in coach. Note that if you're an Alaska Airlines Visa Signature® credit card or Alaska Airlines Visa® Business card holder, you already get a free checked bag for yourself (and up to six traveling companions on the same reservation) on Alaska flights.

When I finally got to the gate, I thought I'd found the value in my $31 first-class upgrade. The gate agent announced that they’d need to check 16 carry-on bags. As a first-class passenger, I’d get to preboard, therefore avoiding having to gate-check my bag.

I was connecting in Vancouver to an international flight on a separate itinerary, so the last thing I wanted to do was check my carry-on. In the end, the gate agent easily found 16 volunteers, so there was plenty of overhead space for the remaining economy passengers.

After settling into my seat, I started getting quite hungry and thirsty. I asked the first-class flight attendant if they’d be serving a drink or snack basket. She said there wouldn't be service on this flight, but she did offer me an 8.5-ounce bottle of Dasani water.

Unlike economy, first-class seats had power outlets, which was a blessing to my dying phone. While there may have been an outlet, I had less than 30 minutes to charge (I couldn’t use the outlet during taxi, takeoff and landing). There’s no universe in which I’d pay $31 for an extra 10% of battery charge.

The only aspect of the upgrade that even remotely justified the upgrade fee was the seat itself. Given the unique first-class cabin configuration on the Embraer 175 aircraft, I was able to select a single seat without a neighbor. However, only a third of the first-class seats are single seats (and they’re typically the first seats to be pre-assigned), so there was only a slim chance of getting that seat.

It wasn’t like economy was that bad either. With seats arranged in a 2-2 configuration, there weren’t any dreaded middle seats. Sure, first-class was a bit roomier and more private, but it was ... 35 minutes.

So, yes, call me crazy, but I think I wasted $31 on a first-class upgrade. The upgrade didn’t afford me lounge access to work more productively. I had no need for priority check-in, security or boarding. I wasn’t checking any bags, and there wasn’t any inflight service.

The single seat was definitely nicer than coach, but I find the 2-2 regional jet economy configuration to be quite comfortable as well. Next time, I’m going to save the $31 and spend it on a portable charger. My phone will thank me later.

All photos by the author unless noted otherwise