Articles
Nick Ellis joined The Points Guy in 2016 as an intern and is now Reviews Editor, primarily responsible for arranging, writing (some of), editing and publishing reviews of hotels and airport lounges along with helping manage, write and edit travel content.
Follow
April 14, 2017
•
8 min read 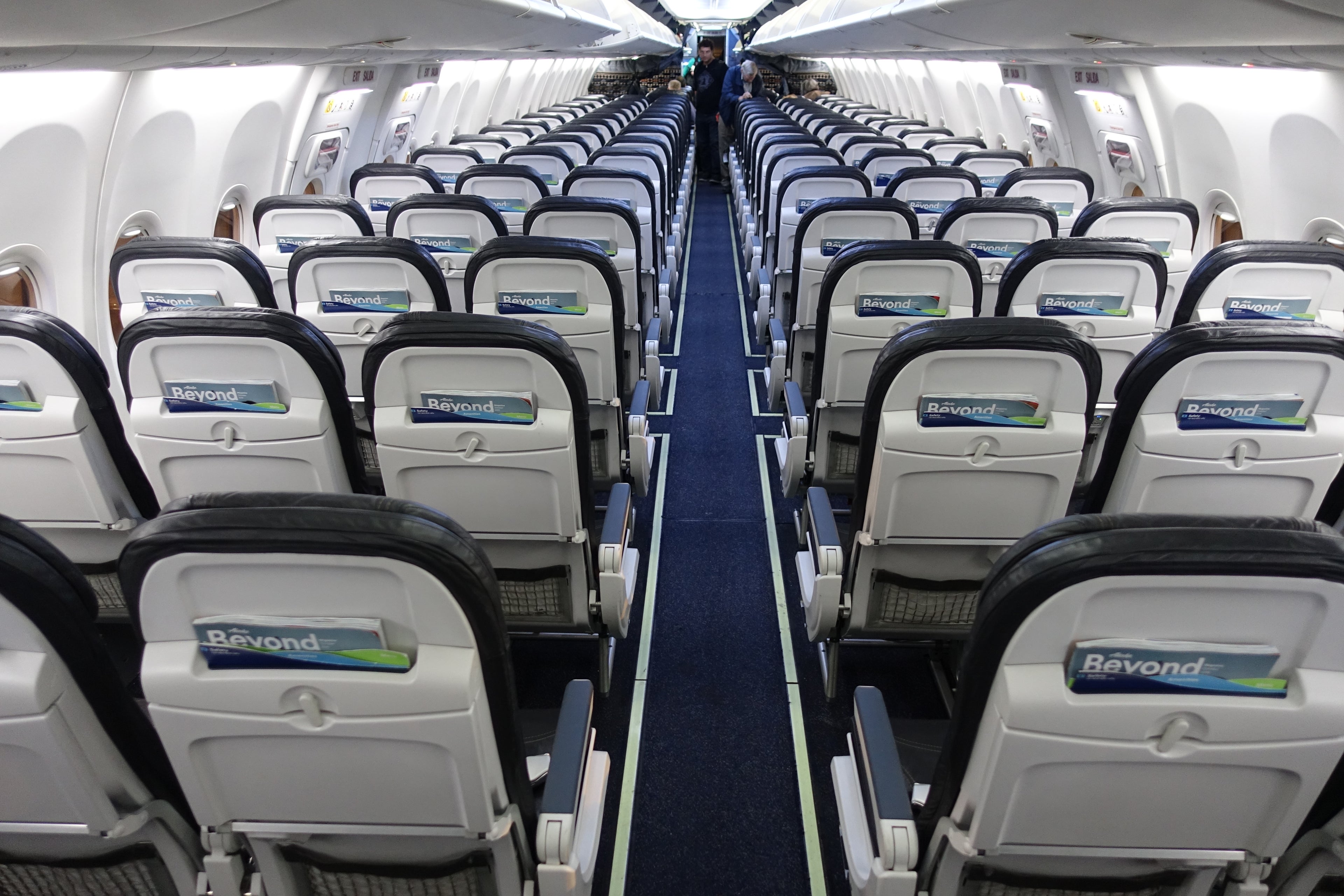 I was eager to try out Alaska Airlines's transcon economy service as part of a recent trip from New York to Hong Kong — following this segment, I connected in Seattle (SEA) for my final leg to Shenzhen, China, on Xiamen Air. I'd heard good things about the carrier, and having grown up in Michigan, I'd never gotten a chance to fly it before, so figured now was the perfect time to give Alaska a try.

When I was searching for flights, the cash rates for one-way tickets were pretty reasonable — I paid $169 in total for the flight with my Citi Prestige Card, which yielded me a total of 507 Citi ThankYou points because of the 3x bonus category on paid flights. I could have paid with a Chase Sapphire Reserve Card, which would have also given me 3x points on travel, or my Chase Sapphire Preferred Card, which lets you earn 2x points on all travel and dining purchases worldwide. I was also able to earn 2,421 Alaska miles for this last-minute one-way flight.

Thinking of using miles to pay for your trip? There are a few options to choose from. If you want to use Alaska MileagePlan miles, the airline uses a distance-based award chart that's divided into four groups: Hop, Skip, Jump and Leap. Since the transcontinental journey from JFK to SEA clocks in at just over 2,400 miles, you'd need to redeem between 12,500 and 20,000 Alaska miles to book, depending on availability. If you're short on Alaska miles, remember that you can also opt to transfer points from SPG at a 1:1 ratio. You'll also receive a 5,000 mile bonus for every 20,000 points you transfer, which means that if you can find flights at the lowest redemption level of 12,500 miles, you could end up having to transfer just 20,000 Starpoints to get the 25,000 Alaska miles necessary for a round-trip transcon flight.

You can also book Alaska flights with American AAdvantage miles — the one I took would have cost 12,500 AA miles for the one-way trip.

Since my flight departed at 7:15am, I arrived at JFK's Terminal 8 well before dawn, which, on the plus side, meant that the terminal wasn't crowded and check-in would be a swift process. Even though American dominates the terminal, I still found it a little odd that there were just two self-service kiosks available for check-in with Alaska.

I practically had the entire check-in area to myself and quickly made my way to the security line since I'd already checked in online and was only bringing a carry-on bag with me. Everyone else in the still-dark terminal appeared to be half-asleep — I'm sure I looked the same way — but the screening process was quick and I was on my way to the gate in no time.

I noticed the gate had American Airlines branding and the agents wore AA name tags. Boarding began on time and I didn't experience the usual crowds at the gate because most of the passengers around it were still sleepy and slow-moving, which ended up working in my favor.

This Alaska Airlines Boeing 737-900 features a two-cabin arrangement, with 16 recliner seats in a 2-2 configuration in first class — these seats have 36 inches of pitch and are 21 inches wide.

I chose 21A, a window seat. While they may seem very slim in appearance, the economy seats were comfortable enough for my nearly six-hour flight across the country.

The seat-backs didn't house IFE screens (more on that later) — instead there was a slot that held the usual literature you'd find at your seat, including the in-flight magazine, safety card, amenities list and the food and beverage menu.

Each seat came equipped with USB and universal AC power ports, which was greatly appreciated — especially on a long flight.

I found the amount of legroom to be decent enough, though it was definitely more cramped with my backpack being underneath the seat in front of me. Since I'm not especially tall, legroom in coach isn't usually as big a deal to me as the width of the seat anyway.

Even though the seats didn't come with a seat-back IFE screen, some of the middle seats still had that annoying box that takes up a lot of space, as you can see in the picture below, so make sure you check with Seatguru before choosing — or finding yourself stuck in — a middle seat.

Alaska Airlines offers food for purchase on flights longer than two hours. I didn't eat anything before I left so was eager to see what the carrier had to offer for breakfast. I ordered a vegetable skillet ($8) and it didn't disappoint — my dish was served hot and tasted great. Throughout the flight, the FAs made several passes through the aisle and asked if we'd like more to drink. I thought this was a nice touch since it was such a long flight and would be pretty easy to get dehydrated if you didn't have your own water with you.

This 737 didn't come equipped with seat-back in-flight entertainment, so passengers either have to bring their own entertainment, or if you don't feel like bringing along your tablet or laptop, Alaska will rent you a tablet loaded with content if you're on a flight that's longer than 3.5 hours — it'll cost you $8 for flights between 3.5 and five hours long, and $10 for flights of more than five hours.

The tablets were loaded with several movies, TV shows, games and music — but the selection wasn't too impressive. Call me picky, but I didn't think the choices were all that great and I'd recommend bringing a laptop or tablet pre-loaded with content, especially if you're going to be on a transcon flight like this.

Alaska offers in-flight Wi-Fi from Gogo on its Boeing 737 (minus the special 737-400C passenger/cargo combo plane) and Embraer 175 jets. Since I was on a longer flight and wanted to get some work done while I was in the air, I purchased the Alaska All Day Pass for $16, which provided me with internet access for the duration of the flight. I wasn't surprised, however, to find the Wi-Fi performance was poor — I was able to load and respond to emails, but uploading and downloading files took a very long time.

For the most part, I enjoyed my one-way flight with Alaska Airlines. The crew was friendly and attentive, the food was great and I was able to stay (mostly) connected while flying cross-country. I would certainly consider flying Alaska again if I were traveling to or from the Pacific Northwest.

Have you ever flown on Alaska Airlines' 737-900? Tell us about your experience, below.