Behind the Scenes at SeatGuru: Helping You Decide Where to Sit 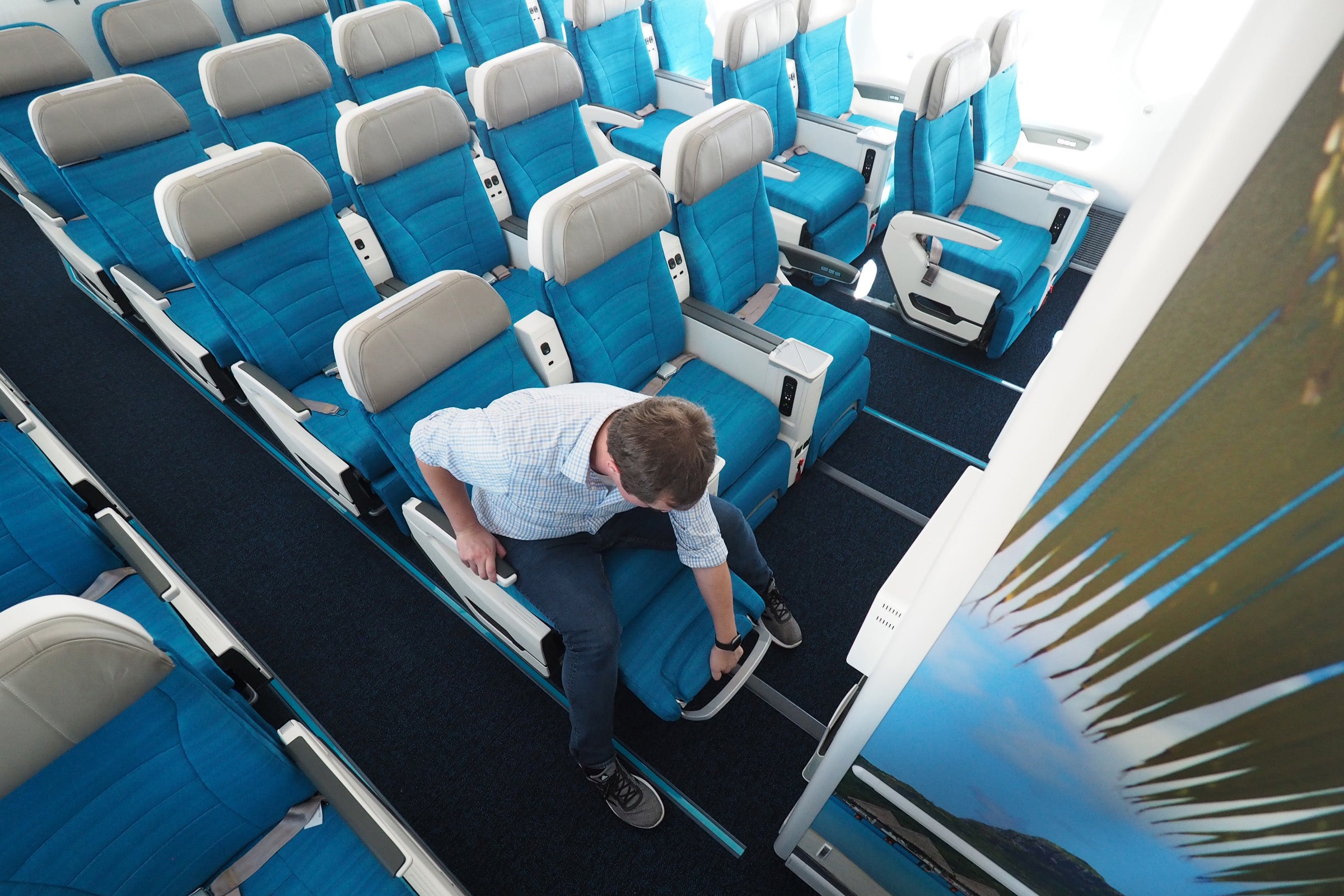 Behind the Scenes at SeatGuru: Helping You Decide Where to Sit
This post contains references to products from one or more of our advertisers. We may receive compensation when you click on links to those products. Terms apply to the offers listed on this page. For an explanation of our Advertising Policy, visit this page.

How do you choose which seat to grab after booking a flight? Whenever possible, we try to guide TPG readers with our "Where to Sit" posts, but there's one resource that everyone seems to turn to, from first-time flyers to road-warrior pros.

SeatGuru has been advising travelers since 2001, though the site — and its database — has grown quite a bit in recent years, following an acquisition by TripAdvisor.

On a recent Air Tahiti Nui 787-9 Dreamliner delivery flight, I had a chance to shadow one of the site's top flyers, tasked with rating seats based on personal experience, reader reports and even TPG reviews. Read on for an inside look at how SeatGuru makes the pre-flight experience a bit easier to manage.

Zach Honig: Can you start off by telling me a bit about yourself? How did you career lead you to SeatGuru?

SeatGuru: My name is Dave and I am one of the Content Specialists for SeatGuru by TripAdvisor. I actually started off at TripAdvisor on the Vacation Rental team, where I became interested in researching and generating content. I was put in contact with a former colleague who mentioned that they were looking for a Content Specialist for SeatGuru, so I applied and was brought on board.

ZH: What does your job entail, exactly?

SG: My job entails a lot. Whether it be adding a new airline to SeatGuru, researching and creating new seat maps, interacting with the airlines and our community directly to make sure current seat maps are up to date, managing our social media channels and creating content for our blog, I am always working on something.

ZH: How many aircraft do you have in your database? How do you choose which planes to map?

ZH: Do you fly all of these planes yourself? How do you know how to rate each seat?

SG: We base our rating on a number of factors such as industry data and feedback from our community.

ZH: Do you add seat maps before an aircraft even launches, since customers may already be booking flights? TAP's upcoming Airbus A330neo, for example.

SG: Yes, our goal is to add those maps up as quickly as possible. Air Tahiti Nui’s Dreamliner is a great example of this. Even though Air Tahiti Nui’s Dreamliner [didn't start] flying until November 7th, we had the seat map for it on our site back in July. We love being able to give our community a sneak peek of aircraft that will be flying soon since we know many of them book several months out. A lot of getting the map up comes down to how much information is out there and if the airline is working with us to get their map on our site.

ZH: Which commercial aircraft has the most bizarre seating arrangement?

SG: With over 1,140 seat maps, it is tough for me to think of a specific one. I have seen so many seating arrangements during my three years here, so they all blend together after a while.

SG: My take on the 3-4-3 seating on the 777 is that we are entering into an interesting time for aircraft configurations and fitting more people onto a flight.

ZH: Are there any airlines or aircraft you simply won't fly?

SG: I am always willing to try any airline and experience their product.

ZH: How do you keep the database up to date? Will an airline reach out if a configuration has changed?

SG: We are constantly reviewing the airline’s sites and updating our own when we can, and there are a number of airlines that reach out to us and let us know of configuration changes or new aircraft, which is extremely helpful and helps expedite those changes or additions. Overall though, we rely on our community of flyers to inform us when something has changed.

We also want our community to know that many airlines have a number of the same aircraft (ie… they may have 23 A320s in their fleet), so we need to make sure that any changes to the interior of the craft has been done throughout their whole fleet to avoid confusion on our site.

ZH: Do airlines like to work with you in general? I imagine there are some mixed feelings, given that you're telling readers to avoid certain seats.

SG: Overall, we have a very good relationship with the airline industry.

ZH: What should readers do if they can't find the seat map for their plane?

SG: Let us know! Links to the seat map in question or photos/videos are always extremely helpful! We will add that seat map as quickly as possible since we know how important it is to know everything about your flight before you book, before you book your seat or before you step onto that plane!