Articles
Ashley Kosciolek has spent more than a decade writing about travel, with particular emphasis on cruises. Her favorite cities include London; Amsterdam; Krakow, Poland; Phnom Penh, Cambodia; Dawson City, Yukon; and anywhere known for outstanding pizza and theater. You can follow her daily exploits, both at sea and on land, on Instagram or Twitter @slyjabroni.
Follow
Sept. 03, 2021
•
6 min read 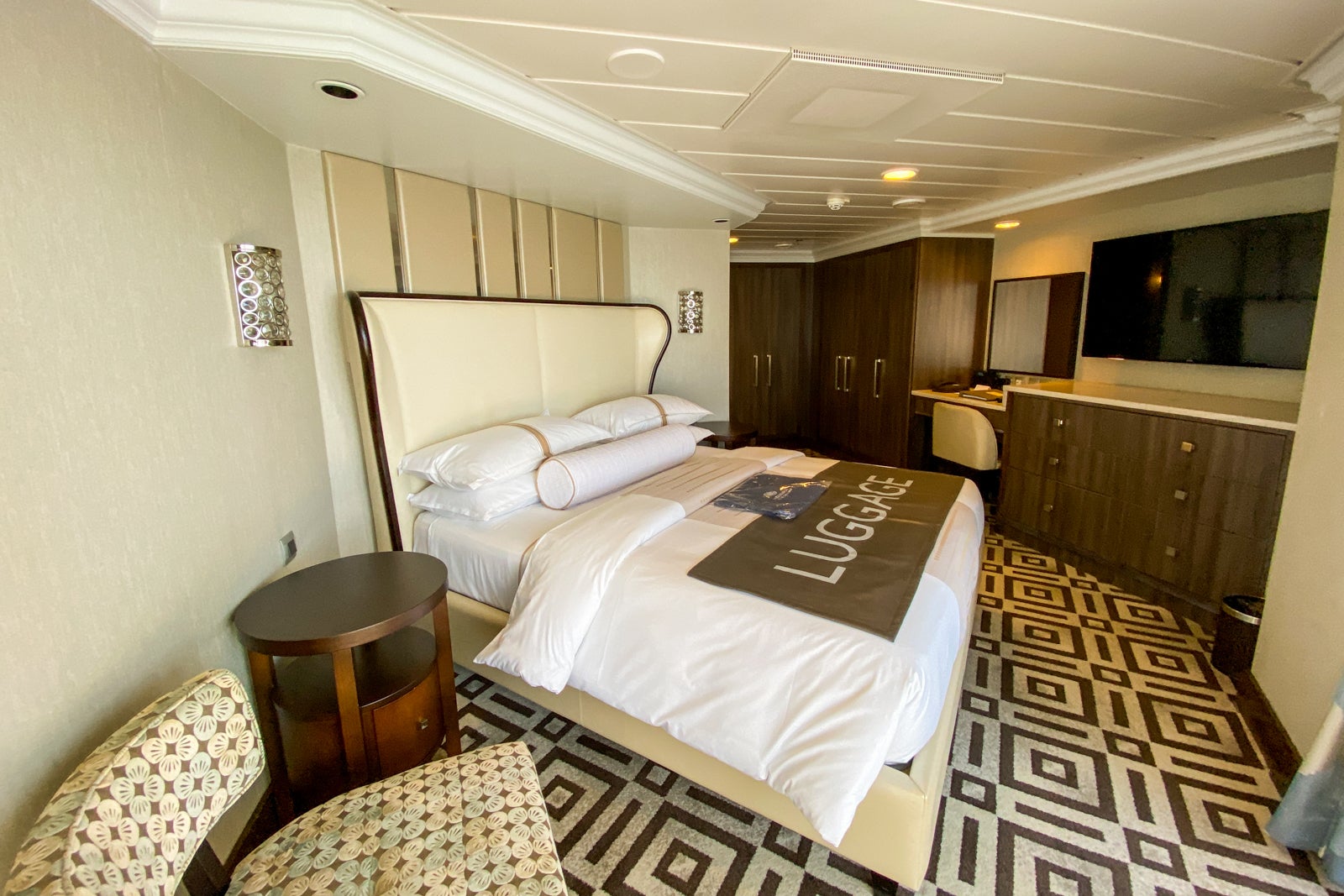 Editor’s note: TPG’s Ashley Kosciolek is sailing on Azamara Cruises’ Azamara Quest as a guest of the line. The opinions expressed below are entirely hers and weren’t subject to review by Azamara.

I'm on board Azamara Quest, the first Azamara Cruises vessel to sail in 17 months. I had a chance to sit down for a chat with the line's new president, Carol Cabezas, to ask where the brand is headed, following the pandemic-related shutdown and the sale of the line to a New York-based private equity firm earlier this year.

We talked about everything from what it's like to have passengers and crew back on board to the COVID-19 protocols that are in place and where she sees Azamara in the next five to 10 years. What stuck out to me are the line's plans for expansion. Long story short: It's poised to grow.

Earlier this year, Royal Caribbean Group -- which created the brand in 2007 but never did much with it, instead focusing on former sister brands Royal Caribbean and Celebrity Cruises -- sold Azamara Cruises to Sycamore Partners, a private equity firm based in New York.

Shortly after Azamara changed hands, the line purchased Princess Cruises' Pacific Princess, which it plans to rebrand and rename Azamara Onward. The ship will bring the fleet to four vessels, all of which were a part of defunct Renaissance Cruises' R Class.

When I asked Cabezas what's next for Azamara Onward, she told me it will undergo several renovations to add staple Azamara spaces, such as the Living Room, the Den and specialty dining venues.

"We want the look and feel to be very consistent so that, when people step on an Azamara ship, they feel like they're stepping on an Azamara ship," Cabezas explained. "It has a lot to do with the color palette, the textures -- all those kinds of things that, when you go home, you feel like [you're] in a familiar surrounding. That's the goal."

Onward's renovations are already underway, but the majority will be completed in the first quarter of next year. The current timeline has everything wrapping up by mid-April.

Additionally, Cabezas suggested that more ships could be coming but declined to divulge information about whether they'd be new-builds and, if so, whether they'd follow a blueprint similar to the one used for the much-loved R-class vessels.

"This is a very exciting new chapter for the brand because our new ownership is so supportive," Cabezas said. "They came in and, understandably, products in travel were undervalued during this period of time. So, to them, it felt like a great investment because they know that this is a point in time ... and we will move beyond this."

Cabezas said Sycamore Partners "fell in love" with Azamara's brand promise, which she said is all about connection with people and cultures.

"The way we see the next five to 10 years is having a whole lot more Azamara to choose from," Cabezas said. "I won't go into detail of what that looks like, but that is definitely the direction we're taking. The only thing this brand was missing was having more options."

Cabezas promised that there would be growth in the line.

"There will be more Azamara to love, and our goal is to keep the same brand promise," she said. "Things might look a little bit different, but again, we stand by our promise. We'll continue to deliver destination-immersion experiences, and part of that has to do with the kind of vessel that we have."

Although Cabezas did not share specifics about the line's plans, Ryszard Gusmann, Azamara Quest's hotel director, told me it's his understanding that there will be new, built-from-scratch ships coming to the line -- a first for Azamara, which has been forced to make do with hand-me-downs since it began sailings 14 years ago.

With regard to where future vessels might expand in terms of geography, Cabezas teased big news for the line.

"We are looking at something pretty big, multiregion," Cabezas said. "I'm going to leave it at that, but you will hear more about that in the next six weeks or so."

In the meantime, Azamara has grown the team in charge of the line's land-based programs, including shore excursions and pre- and post-cruise tours.

"Not everything is right by the water. If you go to India, and you don't see the Taj Mahal, that's a miss," Cabezas said. "It would be disappointing to a guest, and so those are the kinds of things we think about when we're in a certain destination -- what are the must-see things that they can't do if they're just stepping off the ship?"

Cabezas noted that one of the tours that she would love for the line to do as an extension of a Black Sea cruise is a visit to Cappadoccia, a region in central Turkey known for its honeycombed hills and distinctive "fairy chimneys."

"That's one of those bucket-list items," she said. "We want to make it seamless for the guests. It's about convenience. Everybody wants things to be easy, and so that's what we're trying to do ... We can make it easy by saying, 'It's all done together. You have one booking; you have one provider taking care of the whole thing for you.' We'll be adding a lot more of those experiences, either before or after a cruise."

TPG’s Ashley Kosciolek is reporting live from the first Azamara Cruises sailing in 17 months. You can find all of her dispatches on her author’s page.

Related stories
After 19 months, United Airlines is officially suspending flights at New York's JFK airport — again
17 ways to earn lots of Marriott Bonvoy points
Delta SkyMiles Gold Amex card review: Perfect for casual Delta travelers, now with a 65,000-mile offer
Fast-growing Viking doubles down on adventure cruising with a second expedition cruise ship
Featured image by (Photo by Ashley Kosciolek/The Points Guy)
Editorial disclaimer: Opinions expressed here are the author’s alone, not those of any bank, credit card issuer, airline or hotel chain, and have not been reviewed, approved or otherwise endorsed by any of these entities.