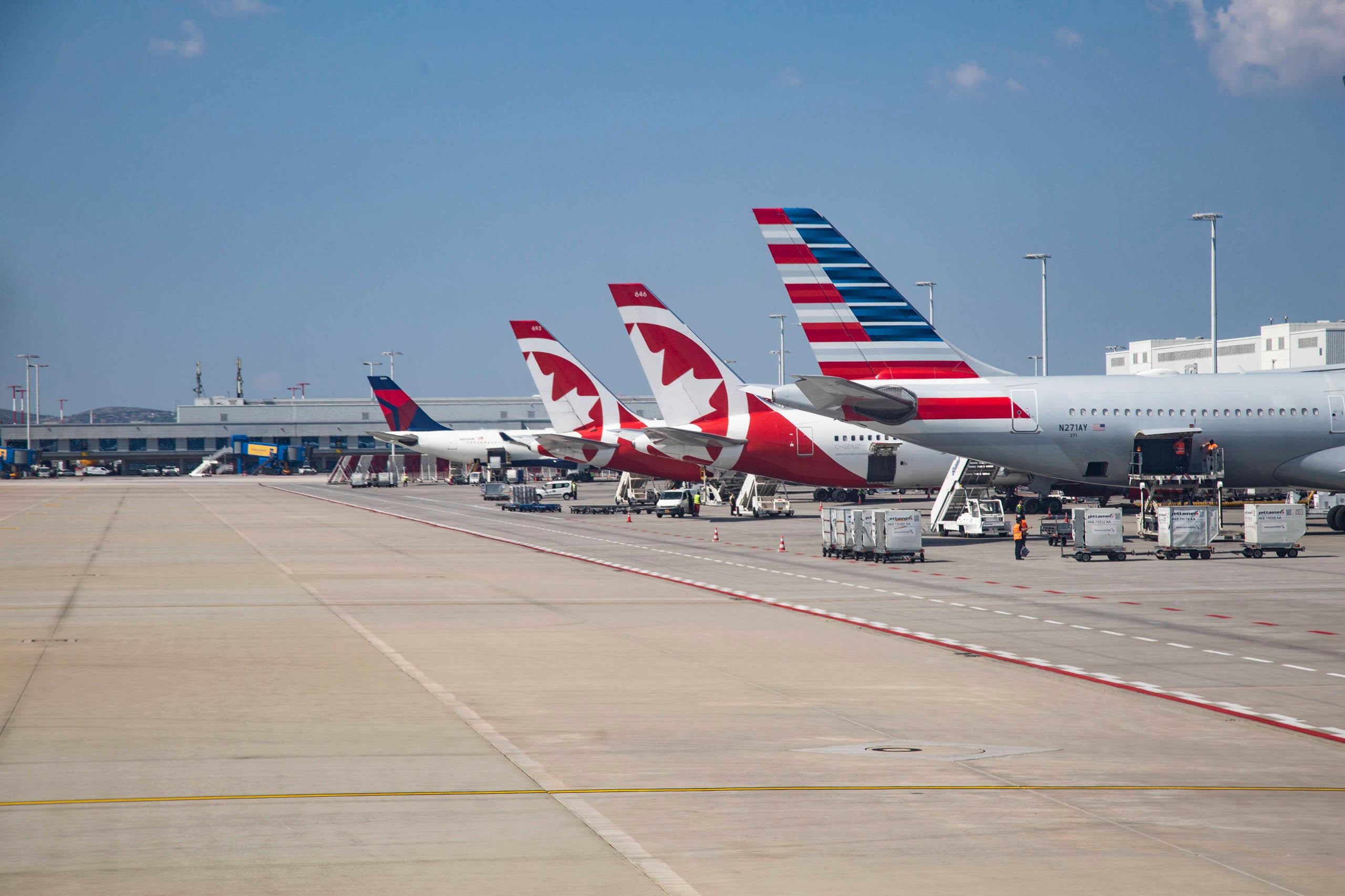 US 'big 3' well-positioned to survive possible coronavirus crisis shakeout, analysts say
This post contains references to products from one or more of our advertisers. We may receive compensation when you click on links to those products. Terms apply to the offers listed on this page. For an explanation of our Advertising Policy, visit this page.

As the engines of global air travel slowly spin to a halt amid the spreading novel coronavirus pandemic, many are wondering what airlines will look like on the other side of the crisis.

The COVID-19 crisis, which United CEO Oscar Munoz said Sunday is "getting worse," will end at some point. At that time, the airline industry will begin to spool back up as travel demand warrants but it will, by most estimates, look different than it did before the pandemic.

“The collapse in air travel demand has the potential to materially reshape global aviation, meaningfully more than the events of 9/11," J.P. Morgan analysts Jamie Baker and Mark Streeter wrote in a report Monday. "Like the virus itself, demand destruction will exact the greatest toll on the weak and infirm.”

While they do not name the "weak and infirm" in the industry, Baker and Streeter do expect Air Canada, American, Delta and United to emerge from the crisis stronger than they were before — particularly on routes across Atlantic.

"To the extent that [long-haul/low-cost] airlines and possibly others permanently exit the Atlantic, long-term international profitability at Air Canada, American, Delta, and United is expected to emerge higher than pre-crisis levels," they said.

Norwegian Air, which said Monday it will suspend all flying to North America and slash capacity by 85%, is at the top of many industry watchers' lists of potential airline casualties of COVID-19. Other smaller long-haul, low-cost names flying between Europe and North America include Condor, Edelweiss, French Bee and WestJet.

Another batch of carriers to watch – brands ranging from Alitalia to Air Serbia – are ones that faced financial headwinds even before the pandemic.

A big asterisk on what the airline industry looks like post-coronavirus will be what government support is provided. European carriers are already calling for significant financial support, and Delta CEO Ed Bastian told employees on March 13 that the airline was talking to leaders in Washington about what "support they can provide to help us through this period."

"We do believe that governments throughout the world will need to, and in the case of the U.S., will want to, step in," said Baker and Streeter on the possibility of government support for airlines. However, they do not believe that U.S. airlines need the support, at least at this point.

U.S. carriers have spent the better part of the past decade rebuilding their balance sheets. This has included reducing debt levels, keeping cash on hand, and increasing the number of aircraft they own outright in the event they need to use the assets as collateral to raise funds.

Even American, which has more debt than any other U.S. carrier, appears to be at little risk -- for now -- due to its also higher cash balances and ample asset base to raise further funds.

Related: United Airlines cuts capacity by half through at least May