AvGeek alert: Airbus A380 parts for sale, including the Emirates bar 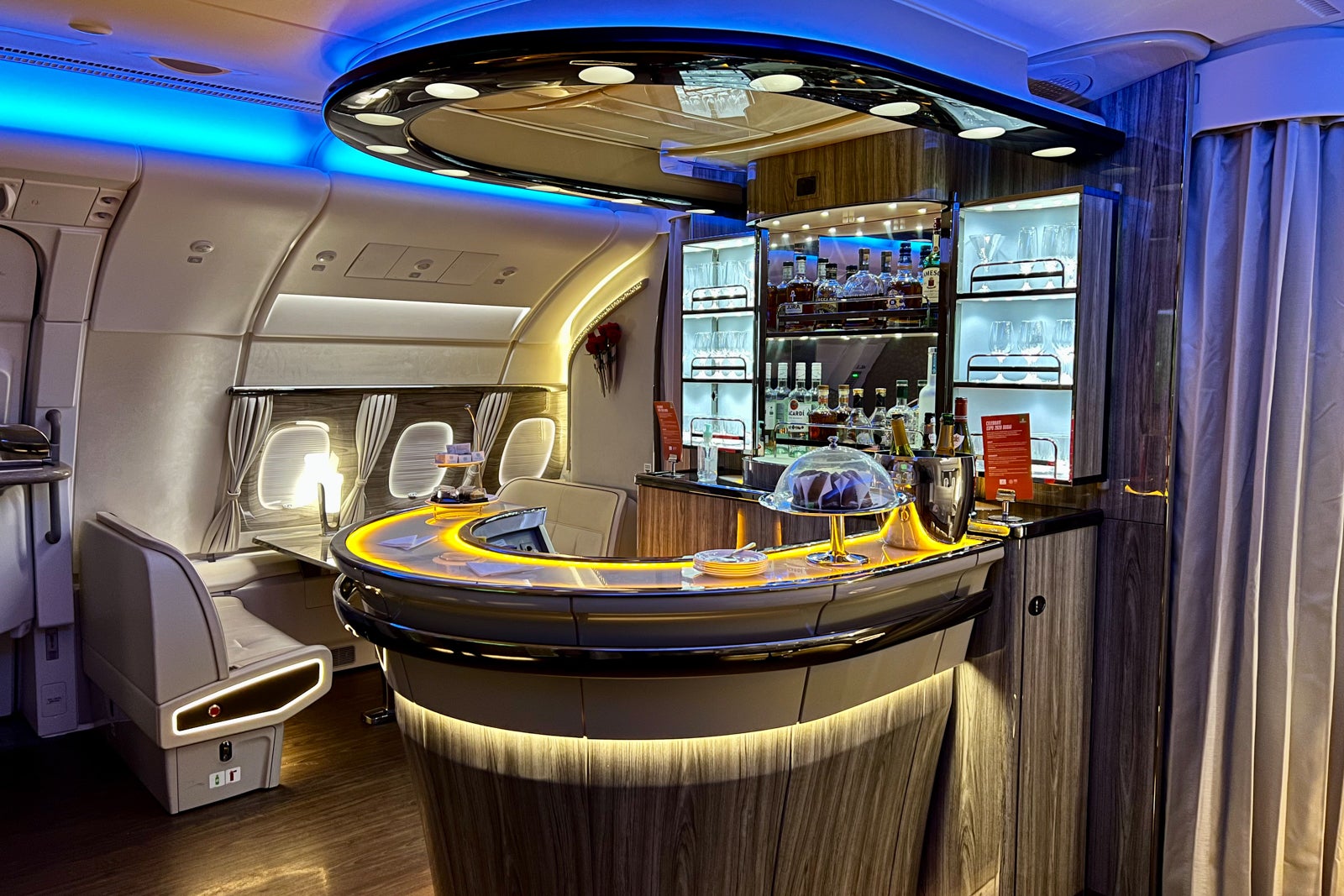 While there are plenty of Airbus A380s still rumbling through the sky, there’s no doubt the superjumbo’s future is in question, at best. After all, it’s been nearly a year since an airline took the last delivery of four-engine aircraft, and Airbus isn’t planning to make any new ones.

With the possibility of the giant jet someday becoming an air travel relic, Airbus seems to be leaning into its popularity among aviation enthusiasts with an auction you may want to check out.

From Oct.13-15, Airbus will auction off parts of an A380. You’ll have a chance to bid on pieces of the superjumbo, ensuring that when fewer of these much-beloved planes fly in the future, you can forever have a piece of one in your own home.

Airbus announced its plans to auction off parts of an old A380 earlier this year, with plans to donate proceeds from the sale to charity. As part of the auction, you’ll be able to put in bids on almost any part of the plane you can imagine.

There’s equipment from the outer part of the plane up for sale, but Airbus is also auctioning off the vast majority of the cabin as well — with nearly 500 items for sale.

From portions of the fan blades in the jet’s four enormous engines to actual seats, lights and even equipment from the lavatory, you’ll have a lot to pick from.

One of the marquee items may well be the iconic bar from an Emirates A380’s business-class cabin. That’d be quite an item to have on display and talk about while entertaining guests, especially if they are AvGeeks.

And the bar is far from the only A380 part that could soon grace your basement, garage or home lavatory.

Most of the parts Airbus is auctioning off come from a retired Airbus A380 MSN13, which entered service in October 2008 and, while in use, could carry as many as 489 passengers in a three-class configuration. The business-class seats up for auction were taken from different A380 aircraft, noted Airbus.

There are many items for sale so it’s hard to even list them all. But we’ll name a few that caught our eye.

For starters, if you’re getting that bar, your guests will need a place to sit, won’t they? The Emirates bar seating is also for sale.

That bench is poised to come in at around a tenth of the cost of the bar itself, but will still cost you a few thousand dollars.

If you’ve always wanted an airline beverage cart in your house but haven’t been able to get your hands on one, now is your chance. Airbus estimates the bidding at several hundred euros, which is nearly the equivalent amount of dollars given the current exchange rate.

Adding to your potential collection of AvGeek memorabilia is a reactor blade from the jumbo jet’s propulsion system. Airbus will kick in a metallic base to allow you to display the blade vertically. You’ll likely pay one or two grand for this.

You could serve your dinner guests water in one of the metallic inflight serving jars for just a hundred or two.

There are pieces of the fuselage and overhead bins available for several hundred euros.

It’s a vast list of items for sale, and there are multiple versions of the same item available in a lot of cases, so if you miss out on the one you’re really interested in, you may still have hope for winning an auction bid on others.

How the A380 auction works

Airbus is auctioning these items over the course of three days between Thursday, Oct. 13, and Saturday, Oct. 15. Keep in mind that Airbus is headquartered in Toulouse, France, so the timing will be based on Central European Summer Time. The auction kicks off at midnight CEST Thursday, or 6 a.m. EDT on Thursday.

There are different items available on different days during the auction, so you should start checking now to see what you might want and on what day it’s being sold.

Follow Airbus’ page for the auction to register and leave a bid.

At least one airline executive has expressed hope about a renewed future for the Airbus A380, but it doesn’t appear likely given that Airbus ceased production on any new versions of the superjumbo; in fact, this summer the manufacturer told TPG it is now using its former A380 hangars for A320 production.

There are still plenty of them plying the skies in the meantime and they will be for years to come.

But with the iconic aircraft’s eventual demise forecast, if you’re looking for a way to remember it there's no better way than owning a piece of it.