The Air Canada A220 amenity all airlines should add 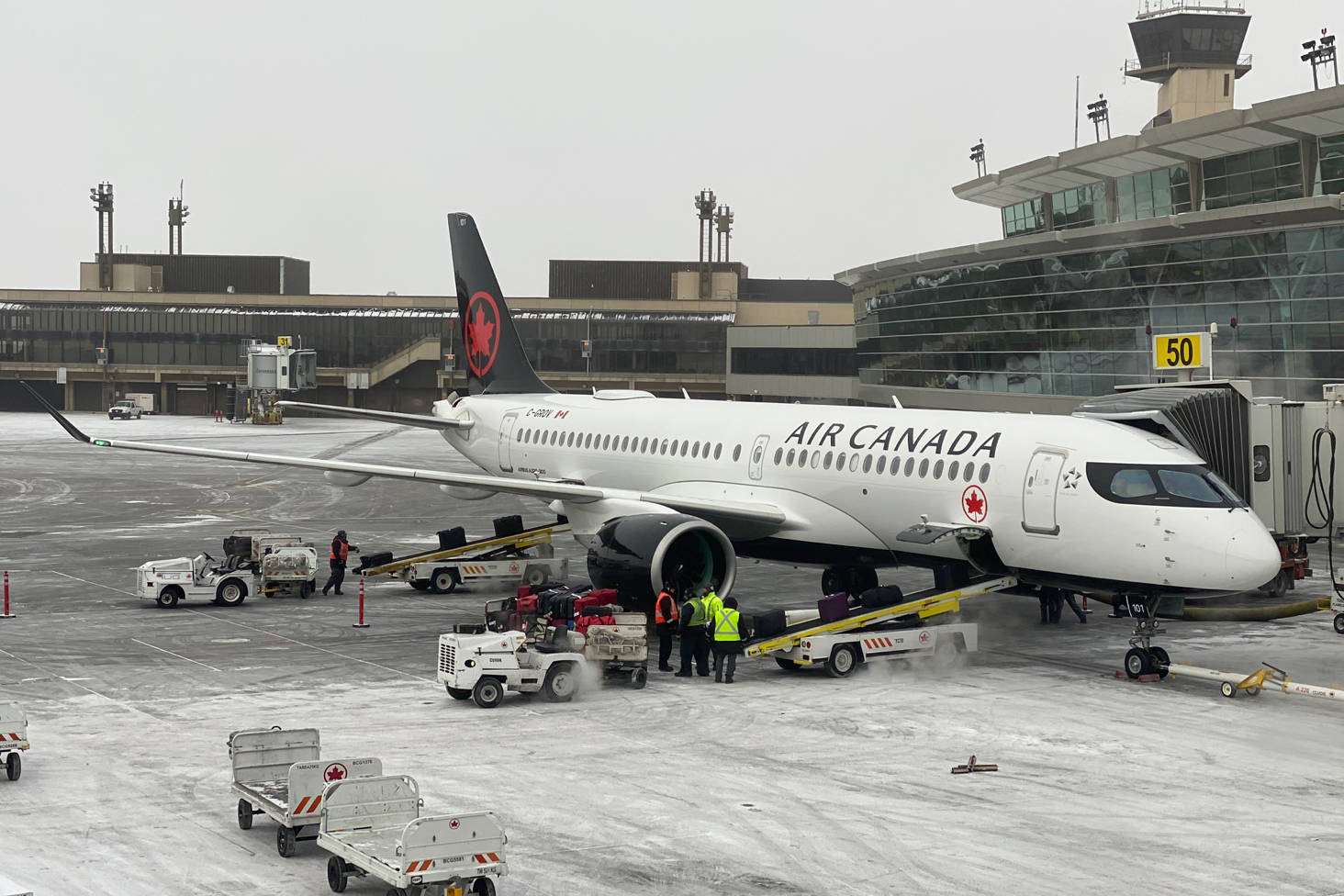 The Air Canada A220 amenity all airlines should add
This post contains references to products from one or more of our advertisers. We may receive compensation when you click on links to those products. Terms apply to the offers listed on this page. For an explanation of our Advertising Policy, visit this page.

Air Canada's new A220-300 is filled with passenger-friendly improvements.

From large overhead bins to 19-inch wide economy seats, there's lots to love about the new plane. As an AvGeek, I really appreciate the large windows and highly customizable moving map on the IFE.

Air Canada just took delivery of its first A220 in Dec. 2019, and the plane started commercial service a few weeks later on Jan. 16. I was on the inaugural flight and loved almost every minute of it -- except for the prolonged weather delay that caused me to misconnect. Nevertheless, flying on the A220 was a thrill that I wouldn't want to pass up.

Having flown on this plane type before, I thought I knew what to expect. After all, I've seen many of the new amenities already. However, there was one new feature that's unique to Air Canada's A220. And that's USB-C charging ports at every seat.

When it comes to charging devices in flight, you've historically needed to use either an AC power outlet or USB-A port. The latter is the standard rectangular port that's used to charge most small electronic devices.

However, tech companies like Apple and Google are transitioning from standard USB to faster and more efficient USB-C charging. The latest iPhone already sports this new port for charging, and it's rumored that the next gen phone will ditch the Lightning connector in favor of it too. On most planes, fliers need to carry a dongle to convert the traditional USB outlet to support the USB-C cable. On Air Canada's A220, however, you could leave it at home.

Some of the benefits of USB-C include that the cable is reversible and carries more power, all with a smaller connector. On the inaugural flight, I found that my iPhone 11 Pro Max charged much faster than when using the regular USB port. And when I tried plugging in my Pixel, it showed that the new ports support rapid charging. And then I really put this unique amenity to the test -- I tried using it to charge my 13-inch MacBook Pro. While it successfully kept the laptop powered, it charged the computer much slower than using a traditional AC power adapter.

All in all, the addition of USB-C ports is a notable improvement for tech-savvy travelers. If you're carrying the latest gadget, chances are that it supports USB-C charging.

As airlines reconfigure old planes and take deliveries of new ones, it's important that they add this new charging port. Within a few years, traditional USB will be obsolete. So, along with all the other improvements that we'll see in the 2020s, let's hope that inflight USB-C charging ports continue to be one of them.