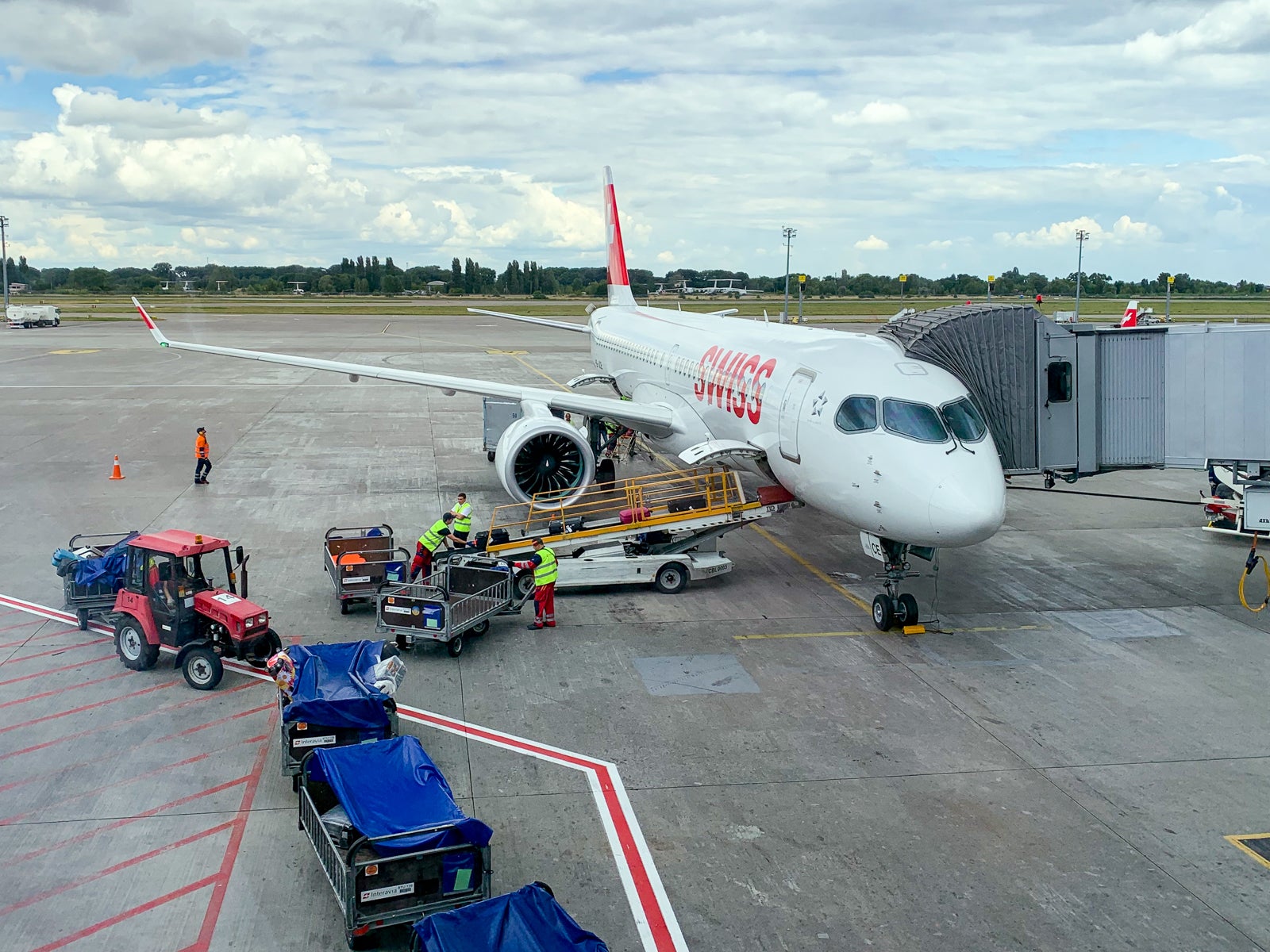 I recently returned from a trip around the world that centered around a cheap Swiss first-class ticket I found from Kiev, Ukraine, to Zurich, Switzerland, to Bangkok, Thailand. I booked a separate ticket that got me from New York to Zurich, spent the night in Zurich, and flew on yet another ticket from Zurich to Kiev to catch the first-class itinerary. I specifically chose this circuitous routing to experience a new plane (well, at least for me): the Bombardier CS300 Airbus A220-300.

The C-series came into service in 2016, and TPG UK's general manager, Christian Kramer, even reviewed Swiss’s business-class product on the A220. My experience was similar to Christian’s, and I was pleasantly surprised by this passenger-friendly plane.

The first thing I noticed during the takeoff roll was how quiet the A220 is.

No, you’re not in a library, but I’d say that the ambient noise level was close to that of a 787. I had just arrived in Europe on a 27-year-old 767-300ER, so the relative quiet was noticeable.

The A220 has 50% fewer middle seats than the A320 or B737. You may think it doesn't make much of a difference, but I was so happy to not have to climb over two people to go to the bathroom.

And if you’re flying in business class, you can select a seat on the port side of the plane and be guaranteed the entire row to yourself.

This was also the first plane where I noticed that the aisles were actually wide enough to accommodate most passengers’ carry-on bags when rolled horizontally. While I don’t have measurements for other airline’s aisles, the aisles on the Swiss A220 measured 22 inches wide. Even if that number is meaningless to you, trust me when I say these aisles are noticeably wider.

There’s nothing worse than having to gate check your bag. With larger and deeper overhead bins, especially on the starboard side of the A220, gate checking bags may become a thing of the past.

While the port side overhead bins are definitely smaller, they still do the trick for most carry-on bags.

I’ve long loved the large windows on the Embraer 190 and Boeing 787, but the oval windows on the A220 were seemingly designed to help your #AvGeek Instagram feed.

The windows are about as wide your standard airplane window (10.5 inches at their widest point), but they’re much longer than other windows (15 inches at its longest).

No, you won’t find a shower or urinal or powder area in an A220 bathroom. Nonetheless, you’ll be pleasantly surprised by the bathrooms on the A220. They feel larger and taller than other similarly sized short-haul aircraft.

There’s a bit more width than usual, since the sink doesn’t have a storage compartment underneath it. Oh, and water doesn’t squirt on you when you try to wash your hands.

Welcome to the 21st Century

Flying the A220 felt like I was on a plane built in the last decade. Aside from how fresh and clean the cabin looked, there were small screens near the passenger service unit displaying a looping route map. The chrome finishes that Swiss chose added to the modern feel as well.

What I Didn't Love

Speaking of a plane built in the last decade, it's laughable that Swiss elected not to install power outlets or USB ports at any of the seats. I was almost out of power after my two flights! Kudos to Delta for staying relevant. Rather annoyingly, Swiss also didn’t install Wi-Fi on the plane. Even though Wi-Fi adoption on intra-European flights is progressing at a glacial pace overall, Swiss should've invested in the future.

Slimline seats are also a thing of the future, and, unfortunately, Swiss jumped on that bandwagon with their A220s. The seats may be comfortable for an hourlong hop to London or Frankfurt, but they certainly didn’t cut it for the two and a half hours each way to Kiev.

The A220 is such a treat for a short-haul flight within Europe. Yes, the plane may have slimline seats, but most other planes operating within Europe do as well. If you have a choice, I’d definitely recommend routing on an A220. The 2-3 configuration, large and modern bathrooms, big windows and modern touches combine to make for a pleasant flying experience. When flying the Swiss A220, make sure to board fully charged, and you’ll be set for a great flight.

Now, I'm back home wishing that other domestic US airlines would follow Delta's and JetBlue's lead and order this fantastic aircraft.