What you need to know about Aeromexico's dynamic award pricing

Articles
Andrew Kunesh is a senior editor at The Points Guy covering loyalty programs. He's been a miles and points fanatic since 2014 and previously wrote for Upgraded Points and Credit Karma. Outside of the travel world, Andrew is a cyclist, craft coffee aficionado and — despite now living in NYC — a Chicagoan at heart.
Follow
July 17, 2020
•
10 min read 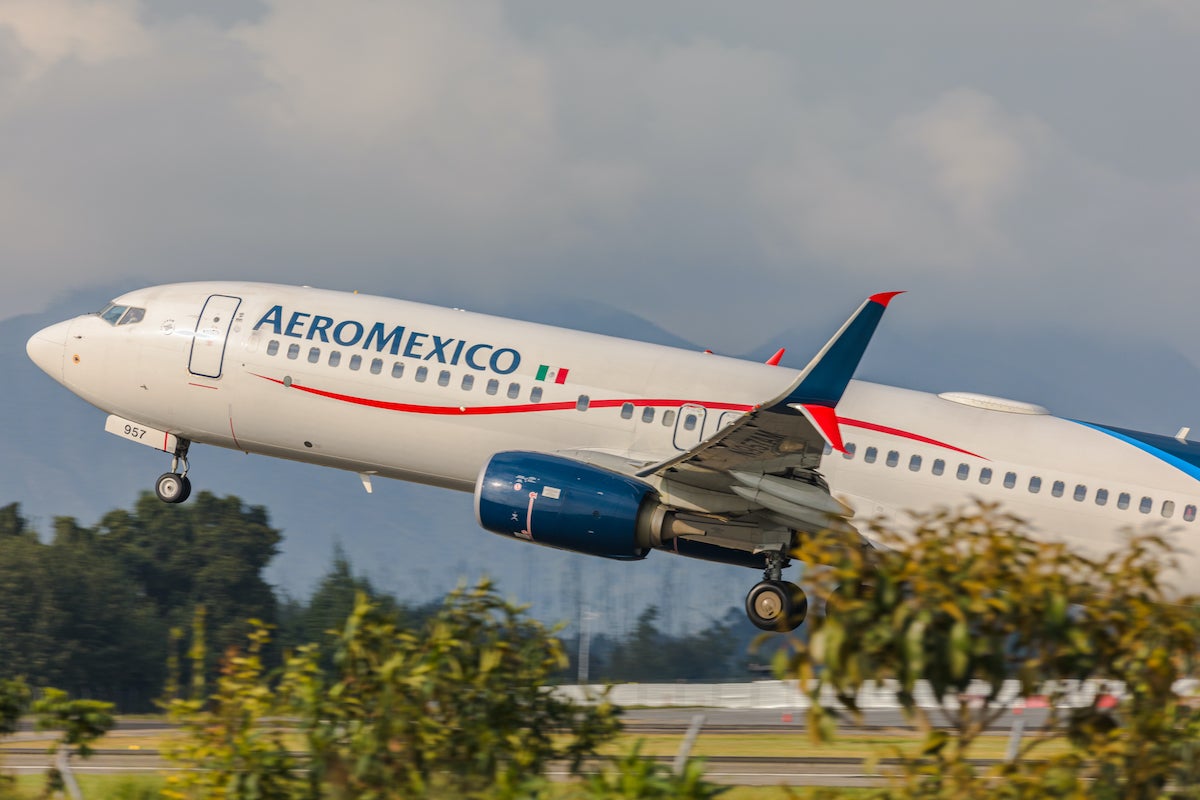 Interestingly enough, we’ve also found that some award tickets are based on the carrier’s still-published SkyTeam award chart. It seems like dynamic award pricing was added to give Aeromexico the power to change award pricing at-will.

We're not sure exactly how long it's been since the airline added dynamic pricing. No official announcement was made and we haven't seen other publications cover this change.

So in this article, I'm going to walk you through everything you need to know about the changes and how this affects Aeromexico's invaluable round-the-world offering.

The new Mexico SkyTeam award chart is shown below. This award chart seems to have the same pricing as the old Aeromexico award chart, but has consolidated the Mexico domestic regions (Border, Local and Beach) into a single region.

What’s not clear to us is if this award chart includes Aeromexico awards or is solely for SkyTeam partners. As you’ll see later in the article, some Aeromexico awards follow this chart while others are priced dynamically.

The U.S. award chart is still available for viewing too — you can see it below.

From the looks of it, Aeromexico removing its Mexico award chart doesn’t change much. That said, as we dug deeper into the Aeromexico website, we found that many awards don’t follow the published award chart at all — instead, many dates are now pricing awards on a new dynamic model.

Related: ¡Viva México! A review of Aeromexico’s business class on the 787-9 from Mexico City to Buenos Aires

Nowadays, award pricing varies greatly by day, destination and airline partner. For example, I looked for a flight from Mexico City (MEX) to New York-JFK across on Sept. 21 and Dec. 23.

On Sept. 21, I saw prices ranging between 19,600-32,600 points in economy class and 45,500-52,000 points in business class. Much of this pricing is actually lower than off-peak pricing shown above. So it’s good to see some positive come of this change to dynamic pricing.

Some awards price at the same level as Aeromexico’s existing award chart too. The awards that stray from this chart are denoted with “Award Ticket Dynamic” fare below the price, which in some cases is higher or lower than the old award chart. The lowest fares were denoted with a “promo” badge.

In the end, it looks like Aeromexico is pricing its own award tickets at or around where the standard award chart priced. We’re still seeing some tickets price higher than the award chart, especially on flights operated by Delta.

This is similar to what AAdvantage has done for the past year or so. American Airlines still publishes an award chart, but offers lower-cost awards dubbed Web Special awards. Additionally, AAnytime awards are more expensive than the published award chart but show more award space.

I ran searches for a handful of domestic flights within Mexico and found that pricing was the same as the SkyTeam award chart in many cases. For example, this flight from Mexico City to Monterrey (MTY) on Dec. 16, 2020 matched high season pricing.

Likewise, flights from Mexico City to Cancun (CUN) in early April priced at the same levels.

In some cases, domestic flights priced lower than the award chart. This flight from Monterrey to Chihuahua (CUU) in August priced as low as 6,300 points one-way. This is a fraction of the price of a peak award ticket.

How about partner award tickets?

Things get a little more interesting when you look for tickets operated by other SkyTeam partners like Air France, KLM and Air Europa. A flight from New York-JFK to Amsterdam (AMS) had wildly varying pricing. A nonstop business class flight on KLM was 1,227,300 points and had $697 in taxes and fees.

On the other hand, there was a handful of connecting flights that matched the award chart. These were operated by Air France and cost 110,000 points and $291 one-way, but had a stop in Paris (CDG) on the way out.

We also searched for tickets from Atlanta (ATL) to Seoul (ICN) and found that almost no flights have standard award pricing. Instead, we found some business class tickets price at over 1.4 million points. Likewise, an economy flight was 181,000 points one-way.

Some routes were unaffected by dynamic pricing. I looked for flights from London-Heathrow (LHR) to Dubai (DXB), and found that connecting tickets on partners like Aeroflot, Air France and KLM were in-line with standard award pricing.

Related: The cheapest business class awards across all three alliances

Round-the-world tickets are seemingly not affected

That said, you will need to find saver award space to actually book one of these tickets. You can do this by using your favorite SkyTeam search engine. Once you’ve found flights, call Club Premier and book your round-the-world ticket over the phone.

Related: How I booked a round-the-world ticket in business class for 170,000 miles

Should I book with Aeromexico Club Premier?

Aeromexico Club Premier has lackluster award pricing compared to other programs but was a safe-haven from dynamic award pricing employed by other SkyTeam partners like Delta SkyMiles and Air France/KLM Flying Blue.

That said, there are still some good deals to be had. For example, some intra-Mexico flights have excellent award pricing. This is especially true when compared to other SkyTeam partners.

For instance, the 6,300-point ticket from Monterrey to Chihuahua we discussed earlier costs 10,000 SkyMiles with similar taxes and fees. You’d save 3,700 points by booking with Aeromexico instead of Delta.

On the other hand, booking long-haul flights with Aeromexico Club Premier rarely makes sense. If award space is available, the Atlanta to Seoul ticket that cost 809,000 points in business class can be booked for just 60,000 Virgin Atlantic Flying Club miles with minimal taxes and fees. This is far cheaper than an off-peak, standard price Aeromexico award ticket too, which would cost 124,000 points.

So in the end, I would keep Aeromexico Club Premier in mind for domestic flights within Mexico and for round-the-world itineraries. Other than that, you’re usually better off booking SkyTeam flights with another point currency like Flying Blue, SkyMiles or Flying Club.

Overall, these changes aren’t terrible. While it’s true that some awards are priced insanely high, there are a handful of award tickets that price lower than the previous award chart too. Regardless, most of the time you’ll still get a better deal by booking with other points programs.

What’s more concerning to me is that there was no public announcement of Aeromexico adding dynamic award pricing. I hope that this isn’t a sign of negative changes to come, but we’ll keep an eye out.

Further, it’s hard for us to gauge how Aeromexico pricing works, given there’s no official word on what awards price dynamically and which price according to an award chart. This leads me to believe that the SkyTeam award chart will be on its way out sooner than later too.

All screenshots courtesy of Aeromexico