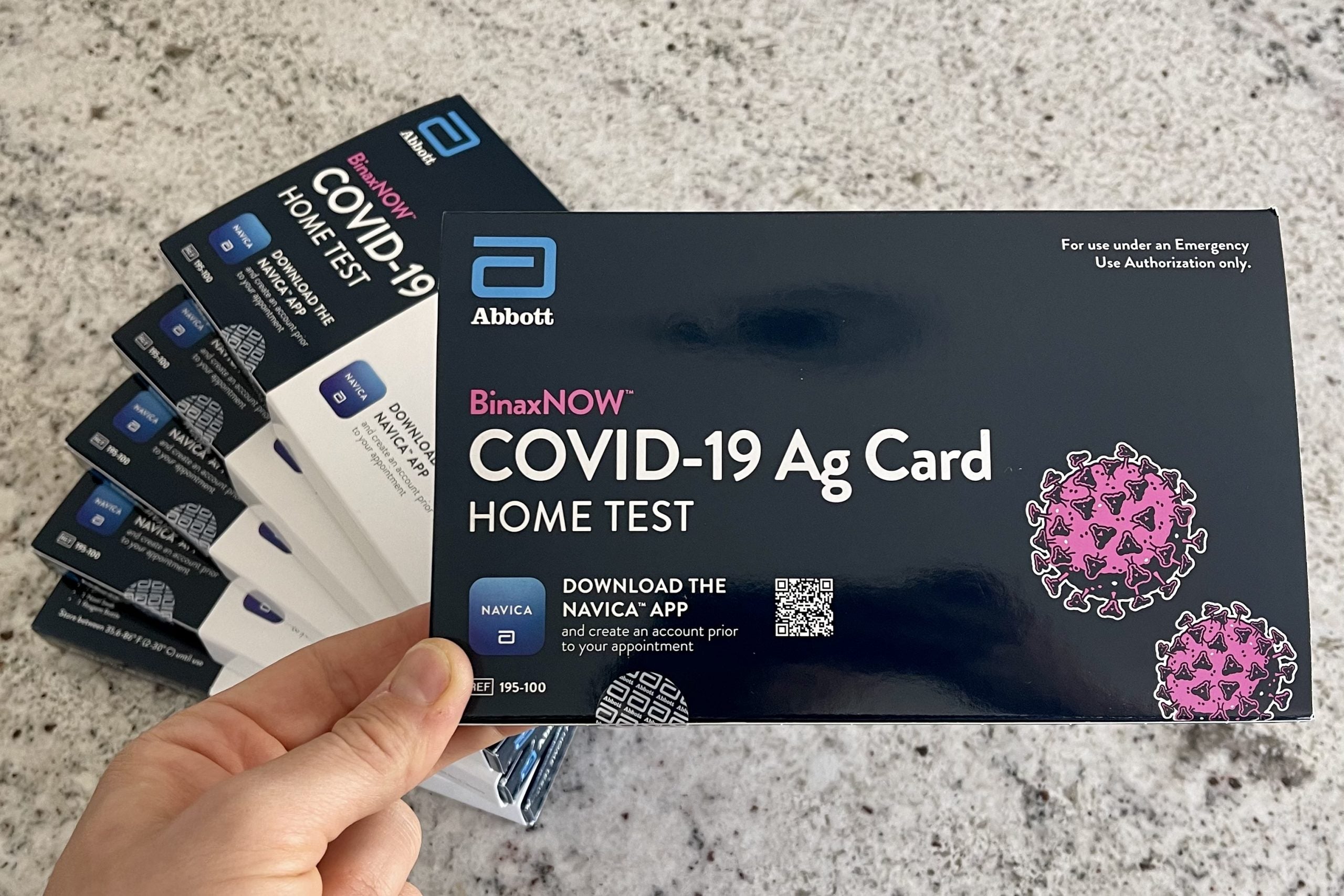 Update 8/11/21: Wait times have improved dramatically over the past few days, with our latest test requiring just a 9-minute hold for a test guide.

Update 8/6/21: Customers are currently facing hours-long wait times, likely due to a sharp rise in demand. We waited two hours and 40 minutes to be connected with a technician today, however the wait for the results analyst was only a couple of minutes.

Update 7/16/21: Travelers can now purchase Abbott's BinaxNow COVID-19 Home Test at select Walgreens stores in California, New Jersey and New York for $35 each. You'll need to confirm availability then print and complete a pick-up form to bring to the store here.

Update 7/15/21: The Ellume COVID-19 Home Test is eligible for travel to the United States as well. Tests are available on this page and priced at $50 (plus $15 shipping) each.

Earlier this year, the U.S. Centers for Disease Control and Prevention (CDC) expanded the testing program for international travel to the United States, allowing airlines to accept at-home instant tests that include remote supervision.

As of this writing, Abbott's BinaxNow COVID-19 Home Test appears to be the only instant at-home (or in this case, at-hotel) option that's accepted for travel back to the U.S., since the test is supervised and administered remotely via Zoom. Results are available within 15 minutes.

Travelers can also choose to secure an instant or PCR test at their destination, or use a mail-in supervised PCR test option, which may be available in select countries via Vault. The at-home test from Abbott is by far the easiest solution, though.

Which test to order

You'll need to order the kit before you depart the U.S. and bring it along on your trip so you can complete the test within the required three-day window.

For the first few months, you could only purchase Abbott's BinaxNow COVID-19 Home Tests in packs of six through a company called eMed. That option remains available for $150, but another distributor, Optum, has since begun selling the tests individually.

Optum is offering one kit for $50, two kits for $70 or three for $100. An Optum phone agent confirmed that tests may be shared with other travelers — a three-pack could cover a family of three, for example.

I ordered a six-pack for $150 through eMed, which includes supervision for each test.

I was prompted to enter my name and date of birth when placing my order, though you can also add the names of two other travelers, who can then use any of the six test kits themselves. All users must be 4 years of age or older.

To recap, your current purchase options include:

You'll also want to consider bringing at least one spare along per person in case of an "inconclusive" result. Alternatively, you may be able to complete a test at a facility abroad, but I'd recommend confirming availability in advance if you decide to order just one Abbott test per person.

While this particular Abbott test is compliant, a similar version sold through pharmacies may not be, so be sure to select the option that includes access to the NAVICA smartphone app and has exterior packaging that says, "Do not open until instructed to do so."

My six-pack arrived the day after I placed my order and appeared to be valid for about four months, so I'll be able to use the remaining kits for future trips. (Editor's note: Following an FDA extension, tests are valid for an additional three months past the printed expiration date.)

When it was time to test, I downloaded the Navica app, created an account and logged in via the web browser on my computer. I then began a short questionnaire.

There was an option specifically for people testing for re-entry to the United States, so that's what I picked.

I was prompted to select my airline and country from a drop-down menu, with a field to enter the city as well.

After I completed the survey, I clicked to begin the test. Juan joined the call a minute or so later and began walking me through the process.

After asking me to position the camera so he could see both my face and the entire test kit, Juan instructed me to break the seal on the test and begin the process.

In total, it took just a couple of minutes, from opening the kit to preparing the card to conducting the all-too-familiar nasal swab.

After that, Juan started a timer for 15 minutes and we said our goodbyes — he told me he usually conducts 12 tests per hour over an eight-hour shift, or nearly 100 tests every day. Go, Juan!

A new guide, Lianne, appeared a minute after the 15-minute timer was complete. She seemed to have a bad connection, so we communicated using the chat function, which worked just fine.

After scanning the QR code on my test and confirming the negative result — one thin pink line, instead of two — she sent me my results via email and ended the call. The results were available instantly in my Navica app as well.

I also got a special "pass," which included a QR code and could be shared via text, email and other methods.

While other approved tests could pop up, Abbott's BinaxNow COVID-19 Home Test seems to be the best option for now. United Airlines confirmed that this particular test is compatible with the airline's "Travel-Ready Center," and American is accepting the test as well, making it easy to link your results with your reservation.

For now, the supervised at-home COVID-19 test appears to be a traveler's best bet for packing a test that's CDC approved, letting you take 15 minutes out of your trip for an at-home test rather than losing a day looking for a lab at your destination.

While travelers were initially required to purchase tests in packs of six, you now have the option of ordering smaller quantities, as outlined below:

Related stories
What are points and miles worth? TPG’s December 2022 monthly valuations
Capital One Venture X to lose Priority Pass restaurants and spa services as of Jan. 1, 2023
December 2022
Current Hyatt promotions: Bonus points on stays and dining plus double stay credits
Featured image by (Photo by Zach Honig/The Points Guy)
Editorial disclaimer: Opinions expressed here are the author’s alone, not those of any bank, credit card issuer, airline or hotel chain, and have not been reviewed, approved or otherwise endorsed by any of these entities.