Articles
Scott Mayerowitz is the executive editor of TPG and oversees all of TPG's editorial coverage. He previously was a reporter, then editor, at The Associated Press and reported for ABC News.
Follow
Jan. 03, 2020
•
10 min read 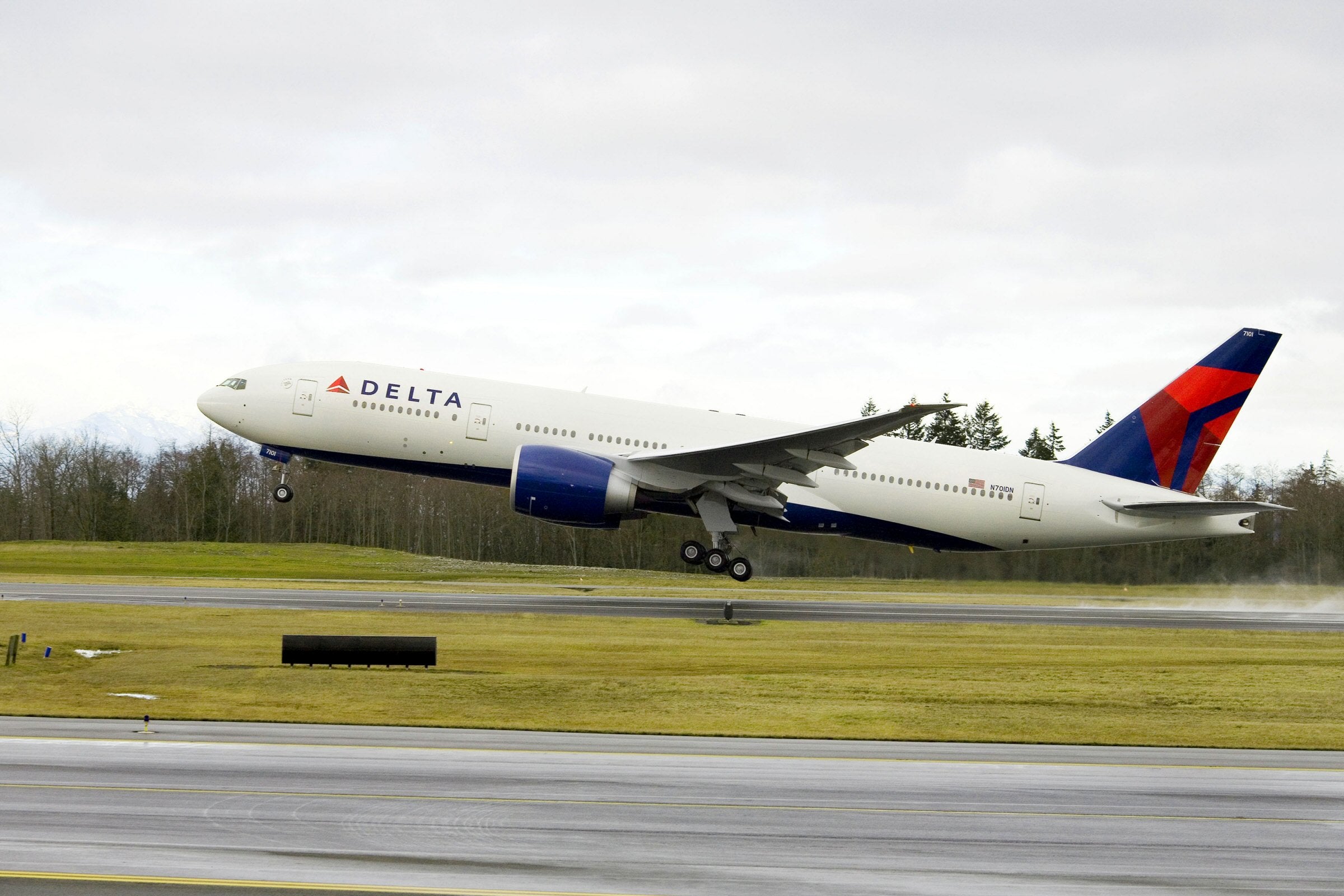 At 8,439 miles, the nonstop flight from Johannesburg, South Africa to Atlanta is long — really, really long.

And it's the longest I have flown, topping prior trips from New York to Hong Kong.

I had booked the flight in Delta One as the return leg from my trip to Cape Town in support of TPG's work with the amazing charity PeaceJam. I was hoping that Delta would retrofit the Boeing 777-200 with its new suites, but I was a few weeks too early and ended up with the old herringbone seats. All you have to know about them is that they were cramped, offered no privacy and had very little storage. Luckily, those seats are no longer part of the fleet.

So instead of reviewing of a product that — thankfully — is gone, here are some insights into what the trip was like.

I arrived off a domestic South African Airways flight from Cape Town and had to trek all the way across Johannesburg's O.R. Tambo International Airport (JNB) to the international terminal.

The signs were clear for check-in. Both the Sky Priority and regular check-in counters had minimal waits. I answered a few security questions, got my boarding pass and was told where to enter the lounge Delta contracted with.

There was no priority security or immigration line — or at least not one that I was easily directed to.

Sky Priority status got interesting when I reached the actual gate.

I've long seen separate lines for those in premium cabins or with status. But I've never seen a separate seating area (unless the lounge offers boarding right onto the jet.)

Click here for the best credit cards for Delta flyers.

In Johannesburg, Delta has different seating areas for those with and without priority. There's nothing fancy about the priority seating. You don't get a bottle of bubbly, or even water, while waiting. But it does make boarding of the nearly 300-passenger jet more organized.

The lounge did its job

But I've waited in some really, really depressing lounges. Luckily, Delta uses a lounge that passed my test for being comfortable.

(And if it didn't, there are at least three Priority Pass lounges in Johannesburg's international terminal that I could have also checked out.)

After coming up the escalator, I was impressed with the design of the SLOW lounge.

Inside, were fresh flowers and modern artwork. It was clean and inviting.

The food was not gourmet but there were plenty of options and they were much better than what I might find in a domestic Delta SkyClub.

Again, it was a contract lounge and my expectations were pretty low.

Given the fact that I'd be on a plane for 16 or more hours, I wasn't looking to eat much anyway.

There was an automatic wine dispenser with several bottles. Again, I'm happy with choices.

Finally, there was enough seating during a busy hour.

The lounge was by no means empty. I needed to hunt for a seat, but there were enough corners with empty seats and tables.

The flight crew was amazing

While we were boarding, a woman in Delta One was complaining about her last flight — earlier that day — on another airline.

Without missing a beat, the flight attendant told her: “Welcome aboard, you’re now with us aboard Delta. We’ll give you the service you’ve come to expect.”

Pre-departure sparkling wine and orange juice were brought around and I could tell that the service would be good.

I had just hit Delta's top published elite status tier — Diamond Medallion — and two separate flight attendants thanked me for my loyalty and for reaching that milestone.

But what really impressed me was what happened in the middle of the night. I had been working on my laptop for hours, trying to get my body closer to New York time.

Many folks had fallen asleep after the meal service.

Around 1 a.m., a flight attendant came by and begged me to get some sleep. She said she didn’t want to mother me, but was suggesting that it was bed time.

There was something warm and comforting about the way she did it.

There was enough comfort food

OK, I know I will get pushback from some on this, but on a really, really long flight I don't care as much about the gourmet quality of the food as how edible and comforting it is.

Yes, I loved every epicurean delight I had on my Japan Airlines first-class flights to and from Tokyo.

But after a week in South Africa, away from my family, I was just ready for warm, cheesy comfort food.

I had pre-ordered the braised beef short rib and the flight attendant confirmed that it was still my choice for that night's flight.

At dessert time, I asked for tea and was given several options.

The service was warm and friendly.

And who can complain about an ice cream sundae for dessert?

OK, so there wasn't a trolley cart in the aisle where I could choose my own toppings.

I normally avoid breakfast on planes — unless I have the first flight of the day and skip the lounge.

But with 16 hours in the air, I was hungry. I went for the vegetable frittata mostly because of the sausage. A passenger across the aisle from me saw the dish and changed his order to also get the potatoes and sausage. Neither of us seemed that interested in the frittata itself.

I missed the sun

Delta's Flight 201 took off shortly after 8 p.m. and was in the air for 15 hours and 42 minutes. That meant arriving in Atlanta around 6 a.m.

There was no sunlight during that entire trip.

All of my past long-haul flights headed up near the Arctic Circle. Many of them were filled with light, even in the middle of the night.

This didn't really affect whether I worked or slept on the flight from Cape Town. I did miss the sunlight but, in the end, it just felt like a really long night and probably helped me readjust to Eastern time quicker.

The satellite Wi-Fi did work for most of the trip over the Atlantic Ocean but it wasn't the new, faster 2Ku that Delta has on its Airbus A330-900neo and the Airbus A350 jets.

Although I was tempted to surf the web and find images of the sun setting at various beaches around the globe, I had my head down, working away and counting down the minutes until touchdown.

Related stories
Legislation that could gut credit card rewards set to move through Congress
Would you stay at 1 of these 8 haunted hotels this Halloween?
Southwest winter flash sale: Get one-way flights for as low as $29
You can currently buy points and miles with up to a 100% bonus — but should you?
Featured image by Delta Boeing 777-200LR taking off (Photo courtesy of Delta Air Lines)