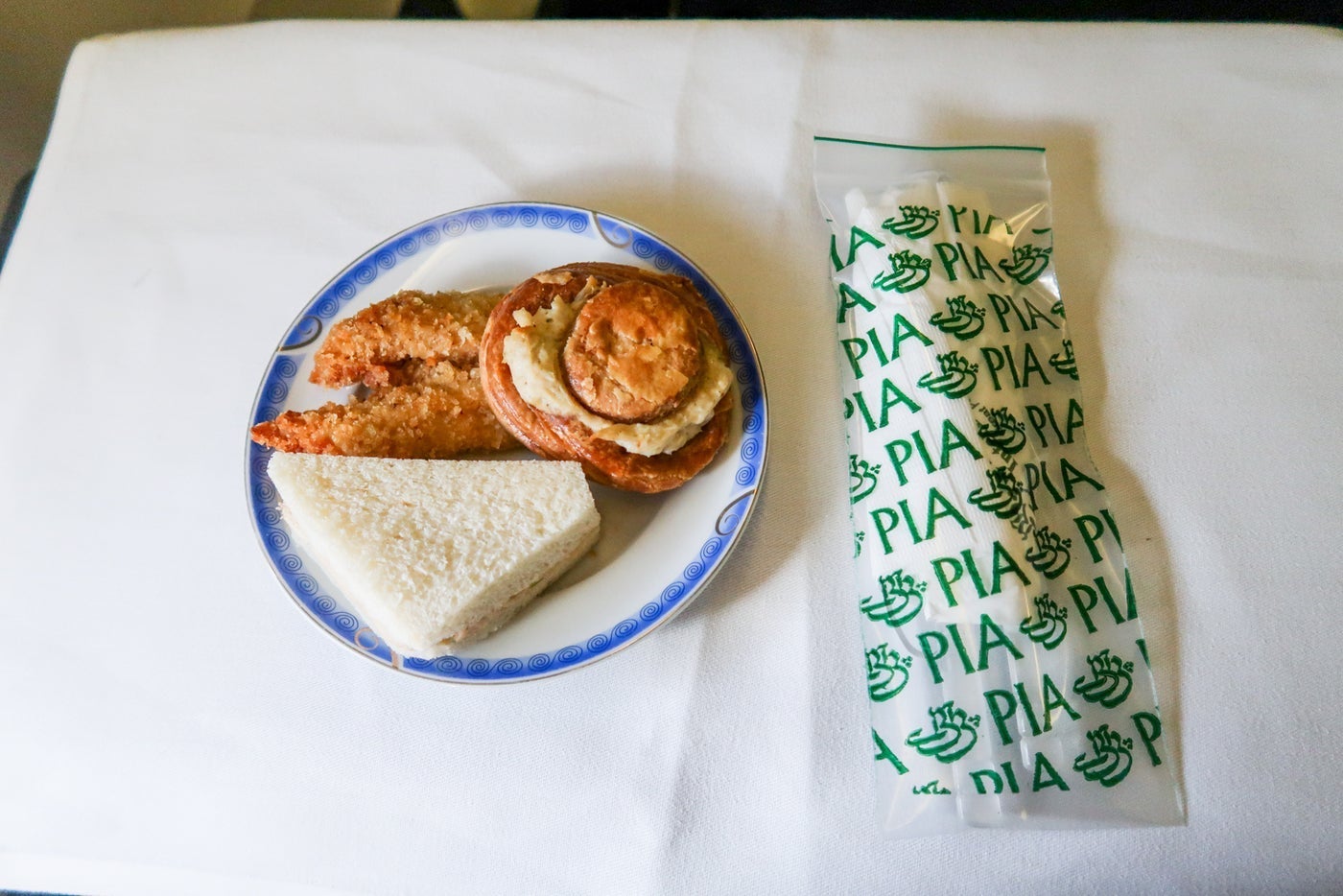 However, it's not all free-flowing bubbles, three-course meals and endless snacking. Not all airlines seem to have got the grasp of what premium economy really means, and the food and drink served up can leave a lot to be desired.

We think it's important to highlight these not-so-premium premium economy meals so that when you're deciding whether to splash a bit of extra cash on your next long-haul jaunt, you'll know which airlines might not be worth paying the extra for.

Given that reviewing flights hasn’t been possible for the majority of 2020, the meals featured in this write-up were consumed during reviews published from January 1, 2019. The below rankings take into account the best food options our reviewers took in pre-COVID-19 times. Note that if you plan to fly with one of these carriers during the pandemic, the inflight food offerings may be significantly different.

Before we tuck in, it's worth noting that there are four airlines that all received the same rating for their premium economy food offering. That means that Alitalia, British Airways, China Airlines and United Airlines all feature as the joint second-worst premium economy meal. But there's one clear winner — err, loser.

Ben Smithson's meal experience onboard this PIA flight from Lahore (LHE) to London (LHR) left a lot to be desired.

It basically lacked almost everything you'd expect from a premium economy meal service: bubbles or some form of alcoholic welcome drink (though this is a dry airline), a menu, metal cutlery for each meal, good customer service and delicious food worth paying a premium for.

From having a tray of bread "thrust silently in [his] face," to a sole cube of feta in a Greek salad, the starter wasn't great. Can you imagine garlic bread so bad that Ben imagined "they recycle uneaten pieces between flights, as it tasted as if it had been cooked a month before (for about a month)."

Though quite tasty, the chicken biryani was dry, which again, Ben presumed was due to reheating. Dessert was a "gluggy, bland, unappetizing slop" that he barely touched.

Each course was served from a trolley stacked full with dishes rather than each passenger being brought their individual meal.

And the grand finale was this rather sorry-looking triangle chicken sandwich, accompanied by a chicken-filled pastry and two chicken tenders. By this point, I doubt you'll be shocked to read that it was dry. Probably the most used adjective to describe this entire experience.

Right off the bat, Alberto Riva described the food served on his flight from New York (JFK) to Rome (FCO) as being "indistinguishable from coach-class fare." At least the airline still served up welcome drinks -- prosecco included.

At first glance, the beef Alberto opted for doesn't look too bad. However, it was distinctly economy-class quality: too salty, nondescript, forgettable though at least filling. Certainly far from what you'd expect in premium economy.

Related: Understanding the differences between economy and premium economy

It's no secret that breakfast is a bit hit or miss when flying. A combination of overnight flying, passengers sleeping and the proximity to landing when serving what's usually the second meal of a flight are all reasons why breakfast can be a letdown.

The picture shows a plastic-packaged croissant -- it looks more like a Gregg's pasty. Despite its appearance, Alberto did say that the strawberry-flavored croissant was "excellent." He was also given a drinkable yogurt.

On this flight from London (LHR) to New York (JFK), Ben Smithson got to experience British Airways' premium economy onboard a refurbished 777.

Related: The best seats on the refurbished British Airways 777 with Club Suite

The prospect of being served the same meal as those seated in Club had Ben salivating. Unfortunately, while the meal was indeed the same as those sitting up front, the way his Thai prawn green curry was reheated meant that it was dry around the edges and tasted just "okay."

Between meal services, Ben was brought a mini Magnum.

The second meal, served before landing, was a slice of pizza in a cardboard box. This couldn't be further from what you'd expect when flying premium economy.

Overall, the food served on this flight was a mixed bag -- a premium-economy-economy hybrid shall we say. Ultimately, the lack of consistency in the quality of meals plus the switch from real china to paper cups made this experience decidedly more economy than premium.

Despite not being a dry airline, China Airlines didn't offer any alcohol as a welcome drink onboard this flight from Taipei (TPE) to Sydney (SYD), instead just apple juice or water.

There were two main course choices that TPG Reviews Editor Nick Ellis could have gone for: chicken bolognese or braised pork meatballs. He went for the chicken bolognese, which, similar to Ben's BA meal above, was just okay. The starter wasn't bad but wasn't to his taste.

The mushroom breakfast frittata saved the day as this was "pretty tasty," though the noodles that accompanied it were bland.

The main issue for Nick was that this food wasn't particularly terrible, but rather it didn't seem any more special than anything he'd have been served if flying economy -- the cutlery was plastic, too.

The only premium economy perk that stands out from this whole experience was that there was a menu.

TPG Editor at Large Zach Honig is a frequent flyer of United and knows the airline inside out. So, when he says it missed the mark, it really missed the mark.

His experience got off to a bad start when cabin crew failed to offer a welcome drink -- not even water — to premium economy passengers. This might be due to confusion after the airline told the crew that pre-departure water could be offered "if time permits."

No menus were handed out either — "chicken or pasta" was the choice. So far, this is just the same as what an economy experience would be.

The meal comprised of overcooked chicken, cold bread and a stale dessert cookie. The silver lining to this culinary cloud is that at least the food was served on similar dishware to what you would see in Polaris.

Between meals, United's take on the premium economy ice cream was served -- a pot of lemon sorbet. Then, around halfway through the flight, a second snack meal was served. Zach described his turkey and cheese plastic-wrapped sandwich as "gross." It's a shame, as three meal services should have been a real game-changer on this long flight from Newark (EWR) to Hong Kong (HKG).

With around 90 minutes to landing, breakfast was served. While the cornbread base injected some well-needed flavor, the dish was very dry.

Premium economy food can range from business-class levels to school canteen slop worse than what you'd expect in economy.

To make sure you get your money's worth and don't end up with the sub-par meals that feature in this round-up, we advise doing a bit of extra research when deciding whether to upgrade yourself to premium economy on your next flight.

Here are a couple more articles to help you out:

While these examples don't represent the overall culinary experience you'll receive on these airlines, it's certainly a good insight into how bad things could be, especially when flying similar routes and aircraft to the ones in these reviews.