Understanding the differences between economy and premium economy

Articles
Ben Smithson is a senior writer for TPG UK. Originally from Australia, he is the primary points and miles writer for the U.K. site.
Follow
July 05, 2020
•
9 min read 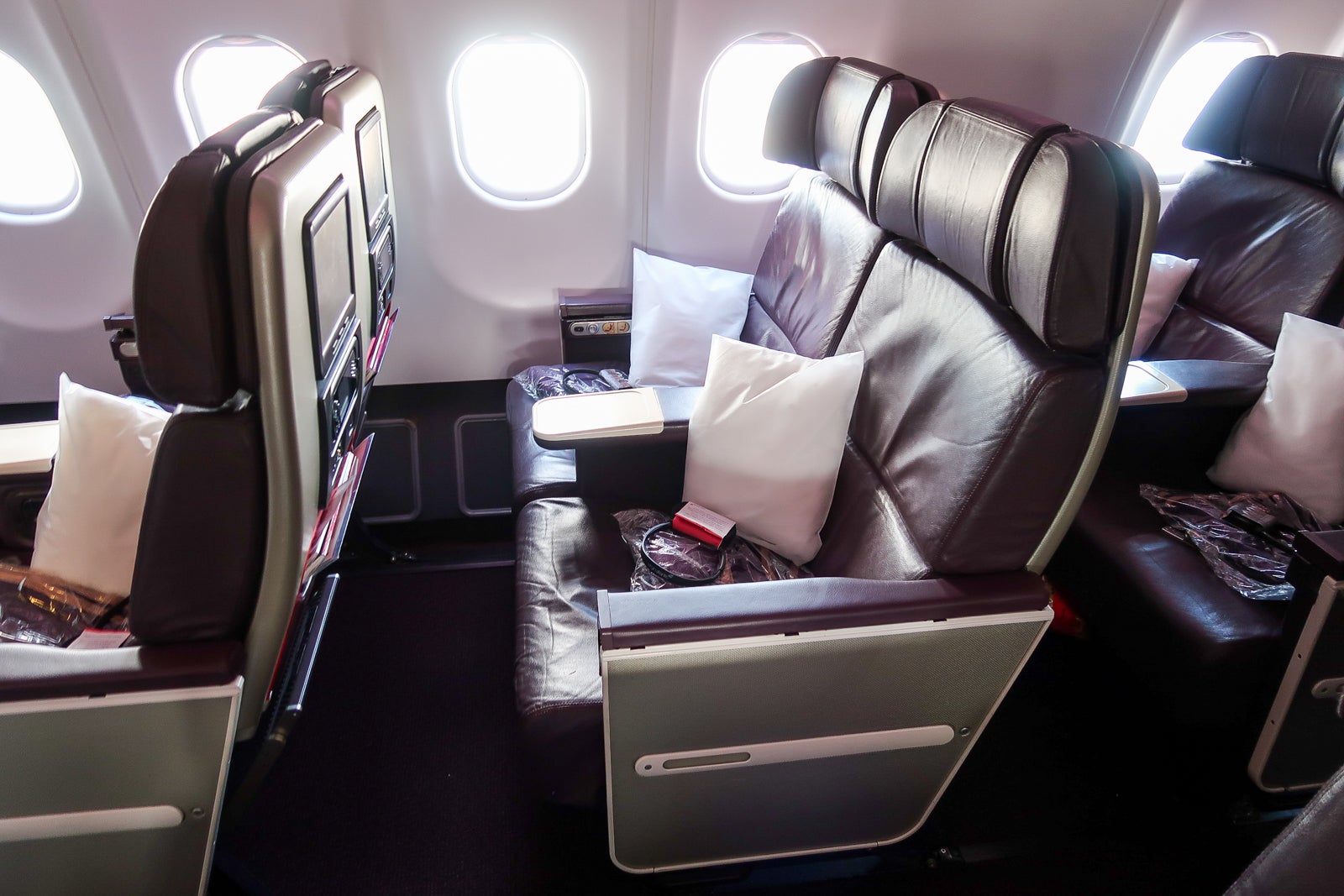 Premium economy aims to bridge the gap between economy class and business class, and it can be an affordable way to ensure you have a more comfortable journey. If you've never flow premium economy before and are wondering what the differences will be and if it's worth the extra cash and/or points or miles, here are the differences between British Airways (called World Traveller Plus or WTP) and Virgin Atlantic (called Premium), just as an example.

It is worth noting that it is most definitely "premium economy" and not "business light" -- all airlines' premium economy experience will be much closer to economy class than business class. Don't expect a seat that goes fully flat or gourmet cuisine and Champagne -- it's much more like economy class with a few more bells and whistles.

Here are some TPG reviews of premium economy on both British Airways and Virgin Atlantic:

Virgin Atlantic provides priority check-in for Premium passengers, while British Airways does not for its World Traveller Plus (WTP) passengers. On both airlines, you can expect greater checked luggage allowance in premium economy -- two checked bags with a maximum weight of 50 lbs. each, instead of the standard one bag of 50 lbs. With Virgin, your baggage will also be tagged as priority, so it should be delivered faster than standard economy bags.

Both airlines offer priority boarding to premium economy passengers, so you have a little extra time to settle in before the flight leaves the gate. Be aware that all economy passengers will board by walking through the premium economy cabin first, so if you do decide to use the priority boarding and board nice and early, hundreds of passengers will be trampling down the aisle to get past you to reach the economy cabin.

Neither British Airways nor Virgin Atlantic offers lounge access to economy or premium economy passengers unless they have the required elite status.

The seat and cabin

Perhaps the most noticeable difference between economy and premium economy will be in your seat itself. You can expect a slightly wider seat with one or two fewer seats per row compared with economy, around four to five more inches of legroom and the seat will recline noticeably further. It is still very much an upright seat though -- it doesn't go anywhere close to angled flat.

Virgin Atlantic allows Premium passengers to select their seat for free at any time, while British Airways does not unless you have Executive Club or Oneworld elite status.

The premium economy cabin will be smaller than the economy cabins -- depending on the airline and aircraft type it may just be four or five rows of premium economy versus dozens of rows of regular economy. This will make the cabin feel more intimate, quiet and exclusive.

You'll usually be provided with a small pillow blanket and cheap headphones in regular economy class. You'll receive the same in premium economy although they will be slightly bigger and better quality. You will receive a small, basic amenity kit in premium economy with Virgin and British Airways, which you can expect to contain the following:

The seat-back screen in premium economy will generally be slightly bigger than a standard economy seat, though the content available (the number and type of movies, TV shows and games) will be exactly the same as in economy.

This is the area I have consistently been most disappointed by in premium economy. The easiest way to explain the food is that it is standard economy food served in slightly better containers. British Airways promises its World Traveller Plus passengers that they can expect a main course "from the Club World kitchen," meaning the same as business-class passengers receive.

Don't get too excited. The cut of meat may be marginally better than those down the "back of the bus" receive, but while British Airways recently dramatically improved the presentation of its Club World meals by plating them individually rather than just reheating them in the container they were loaded in, unfortunately, BA did not extend this service improvement to WTP passengers.

So while this is what an actual main meal in Club World looks like:

Here is what the "main from the Club World kitchen" in WTP actually looks like:

While here is the meal served to regular economy passengers on British Airways:

Other than the plates used, there's not a huge difference between economy and premium economy.

Over at Virgin Atlantic, it's not much different. Here's a Virgin Premium meal:

And here's a Virgin economy meal:

Beverages wise, it is slightly better. On both airlines, you'll be served a welcome glass of prosecco, water or juice during the boarding process that you certainly won't receive in economy. Singapore Airlines actually has Champagne during the meal service for premium economy, but with BA and Virgin, the beverages are mostly the same as in economy.

You will usually have dedicated crew for your small premium economy cabin. If not, they will at least serve your cabin before making their way back to the economy cabin. This means you'll get your meal faster and the service may be slightly more personalized, though don't expect to be addressed by your name at each interaction like you might in business or first class.

The same applies for your Tier Points if you're chasing elite status -- you'll receive more in premium economy than economy.

For me, the slightly wider seat, more legroom and recline are the best benefits. I'm consistently disappointed with the food as it is so close to standard economy class food, just slightly better presented.

Business class is where you'll notice the real differences. If you can splurge for premium economy over economy, then it's a slightly more comfortable ride, though set your expectations closer to economy than business class.