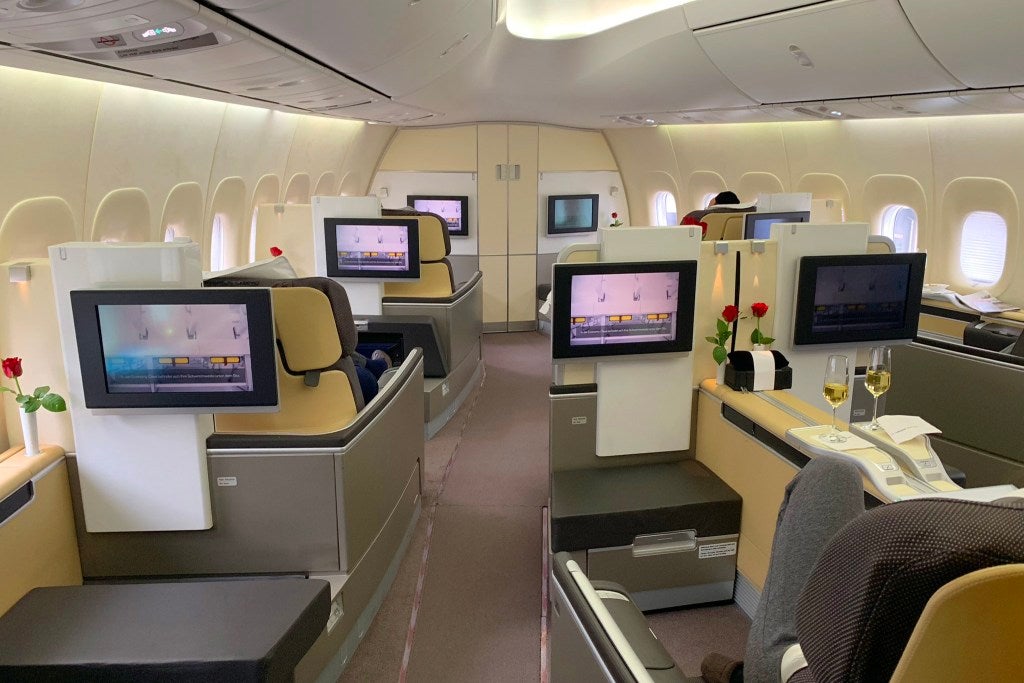 We're updating our flight review scoring — Here's what you need to know
This post contains references to products from one or more of our advertisers. We may receive compensation when you click on links to those products. Terms apply to the offers listed on this page. For an explanation of our Advertising Policy, visit this page.

Reviews have been at the very core of The Points Guy since Brian began writing back in 2010. We've certainly come a long way since then, and today, TPG himself and the rest of the team have reviewed hundreds of flights and hotels all over the world. We've aimed to review as many products as we can, from Emirates first class all the way down to the back of the bus on Spirit. Our team has a range of voices, each giving their unique perspective. And, at the first-ever TPG Awards at the end of 2018, we introduced a new scoring system in order to more definitively evaluate products.

When we first set out to introduce a scoring system, we decided that we would judge each flight against itself. It is an experience, after all, and one that can change depending on a number of factors. However, we recognize that because the flight experiences can vary so widely — even on the exact same route, aircraft and cabin — it becomes difficult to objectively separate flights from one another, especially as the volume of flights and number of reviewers grows.

So today we're introducing the next iteration of our flight review scoring: an official review rubric that the TPG team will use to measure most aspects of the flight experience. After completing a flight, the reviewer will submit their notes to the reviews team — made up of a small group of TPG editors and expert flight reviewers — along with a proposed score. The reviews team will then meet to discuss the review before assigning a final score.

Using this new checklist as a scoring guideline will help mitigate some of the inherent subjectivity in our flight review scores. The reviews team has spent countless hours and hundreds of thousands of miles in the air, so they'll have much more context when assigning a score.

The new scoring checklist includes well over 200 questions for each cabin class — economy, premium economy, business and first class. We're even going to start collecting some new statistics like the seat-to-bathroom ratio and a (flight attendant) call button response test, which will help us more objectively measure and evaluate the product and service.

When meeting with our team of experts, we realized that different aspects of a flight matter more or less depending on what cabin you're sitting in. As such, we are also changing the allocations for each flight review category. Currently, all categories are weighted equally across cabins: 10 points for Ground Experience, 25 points for Cabin and Seat, 15 points for Amenities and IFE, 25 points for Food and Beverage and 25 points for Service.

Starting today, the new allocations will be as follows.

We hope that this new scoring system will help you when you're deciding which airline and product to fly. We're incredibly excited by the next chapter in our flight reviews, and look forward to having you on board with us.

Featured image by Savvy flyers will be able to redeem PlusPoints to move up to Lufthansa first class. Photo by Zach Honig/The Points Guy.