An advanced guide to researching the plane you're flying on

Articles
Ethan Steinberg has been a frequent flier for as long as he can remember. He went from studying abroad in Paris to moving to Shanghai after graduating college, where he covered all things travel in the Asia-Pacific region for TPG.
Jan. 07, 2020
•
6 min read 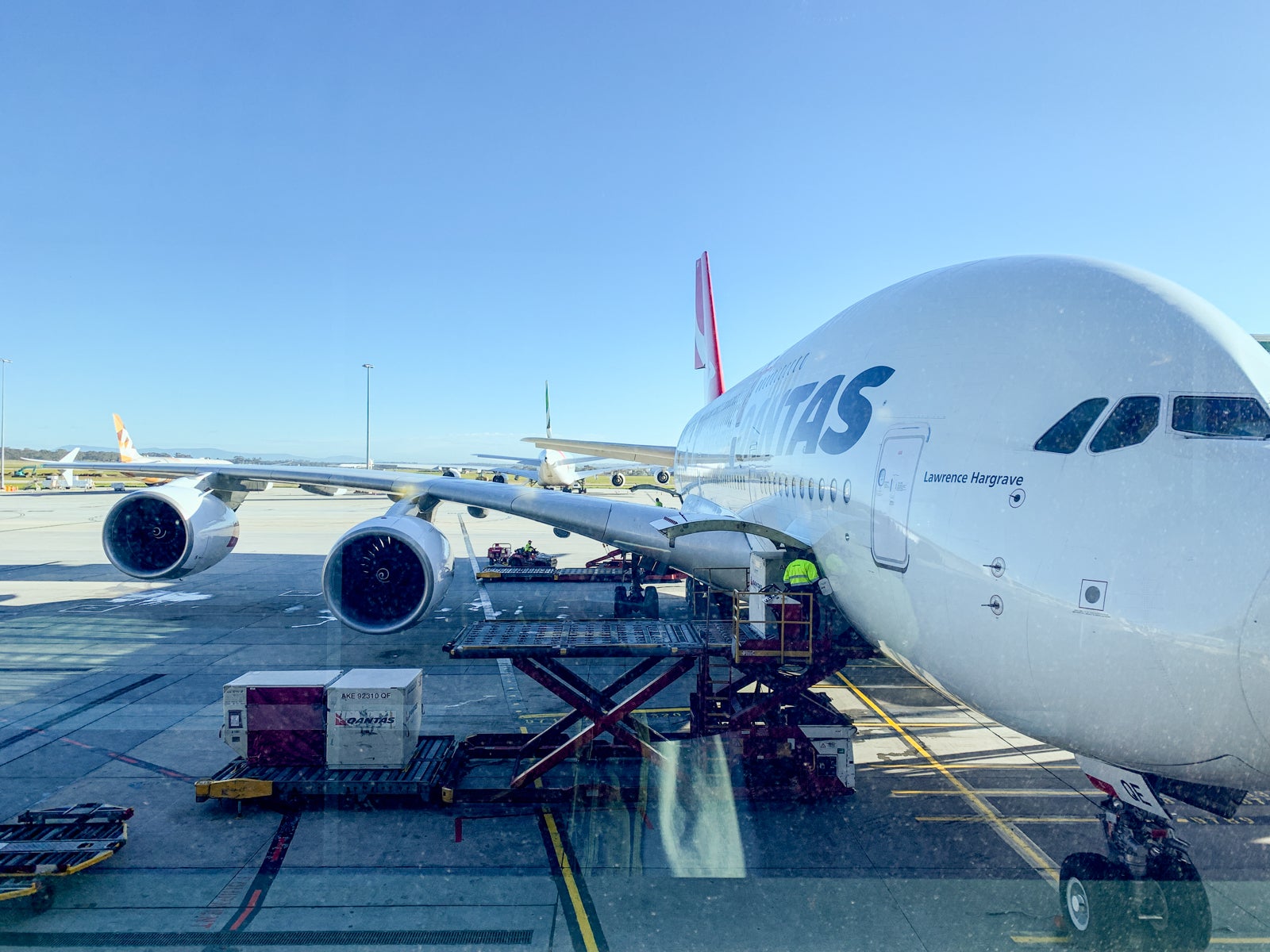 Frequent travelers and #avgeeks around the world do a serious amount of research before flying, including researching the tail number of the plane operating their flight to see where it's coming from and where it's flown in recent months. TPG reader Anne wants to know how she can find the tail number of her flight if it isn't showing up on flightradar24.com or FlightAware ...

[pullquote source="TPG READER ANNE"]I'm flying Qantas flight QF35 from Melbourne to Singapore, and trying to find the tail number of the plane to see if it features the refurbished first-class cabin. I don't see the tail number anywhere on online; what can I do?[/pullquote]

Why you should care: Knowledge is power

While I'll admit that knowing the tail number of your plane is often a nerdy indulgence more than it is anything practical, there are plenty of times where it can really save your bacon. Let's say you're thinking about booking a ticket in United Polaris business class, on a flight operated by a 777-200. Despite the fact that all seats will be sold under the same Polaris name, some of them look like this ...

While others still look like this, with eight seats per row.

United has done a much better job of displaying the correct configuration on the seat maps on its own app and website, but if you're booking through a third party, looking up the tail number of your plane can help. This is true for many new premium-cabin products that are only available on a limited number of aircraft, including Emirates' stunning new 777 first-class suites and Singapore's new A380 Suites cabin.

Another important reason has to do with flight delays and irregular operations. As you'll see in a moment, figuring out the tail number of your plane in advance is largely based on figuring out where it's coming from, and that information can help you understand how serious a delay is. If your plane is stuck in Chicago in January, you might be in for a long delay. Meanwhile if you can track it and see that it's already in the air en route to you, odds are the delay will be more manageable.

Related: Trip delay reimbursement and the credit cards that offer it

From Anne's question, it's clear that she's pretty well traveled as she already knows that tools like flightradar24 are your best friend for researching info on the specific plane operating your flight. Unfortunately, airlines often don't release specific route assignments until a day or two before the flight, which can make it tough to know at the time of booking whether you're going to end up flying on a new 777 or one that's seen better days.

Related: How to find out everything you ever wanted to know about the plane you’re flying on

There are two strategies you can use to gain access to this information a day or two before sites like flightradar24 will have access to it. Both of these involve a little bit of logic, and an understanding of airline route networks. For longer international flights, many airlines only fly once a day to a given city. For example, ANA has one daily flight between Tokyo Narita (NRT) and Washington Dulles (IAD). The flight, which uses the prestigious number NH1 flying westbound from the U.S. and NH2 flying eastbound from Tokyo, is operated with a Boeing 777-300ER featuring ANA's top-notch first-class cabin.

This means that whichever plane flies from Tokyo as NH2 will land in D.C. and then operate NH1 back to Japan. So if you're scheduled to fly NH1, you can check the tail number of the plane flying NH2 and be 100% certain that that plane will also operate your flight.

As an astute reader in the TPG Lounge pointed out, you can piece together a bigger portion of the airline's route network and identify the plane a few days in advance if you're willing to do a bit of sleuthing. Qantas has 12 A380s in its fleet, which means that (for the most part) they fly in a pretty predictable pattern. Qantas only operates two A380 routes out of Melbourne (MEL), with nonstop flights to both Los Angeles (LAX) and Singapore (SIN). When Qantas assigns an A380 to a Melbourne flight, it operates the following loop:

Data from flightradar24 confirms this, as we can see in the picture below for VH-OQF, a nine-year-old Qantas A380. If Anne finds to find the tail number of the A380 operating QF35 to Singapore, she'd be able to pick it up two days earlier when that same aircraft operates QF93 from Melbourne to Los Angeles.

Unfortunately this strategy won't work with every airline or aircraft type. For example, American Airlines has over 300 737 aircraft so its fleet utilization is more complex than this simple repetitive loop. However, for long-haul fleet on airlines that only have a dozen or two of a given aircraft (like Lufthansa's A380s or JAL's 777-300ERs, for example), you might be able to piece together a pattern like Qantas's A380 loop. It's also worth noting that these strategies likely won't give you enough of an advance warning to impact your booking decision, but they might impact your seat selection if you find yourself on a differently-configured aircraft.

Thanks for the question, Anne, and if you’re a TPG reader who’d like us to answer a question of your own, tweet us at @thepointsguy, message us on Facebook or email us at info@thepointsguy.com.

Related stories
How to use your credit card points to donate to charities this Giving Tuesday
How to get free or cheap drinks on a cruise
Carnival Celebration: What we loved and what needs work on Carnival's newest, biggest ship
Earn bonus points on paid stays with IHG's Cyber Monday promotion
Featured image by (Photo by Nicholas Ellis/The Points Guy)