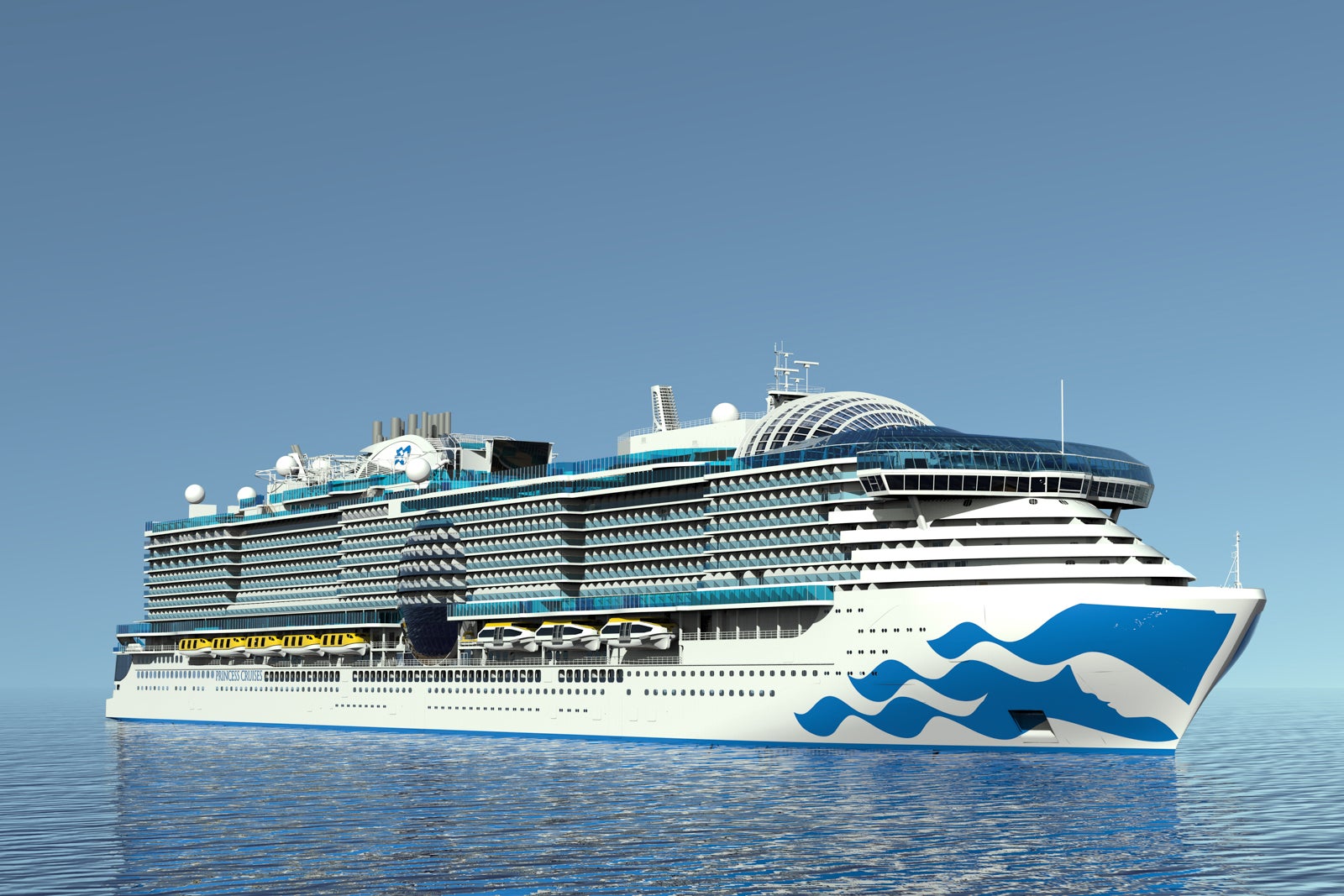 Coming to a port near you in the next few years: Cruise ships topped with giant glass domes.

That's the word from Princess Cruises, which is unveiling the first details of a new, bigger class of vessels that it plans to start rolling out in 2024.

Princess says the first ship in the series, to be called Sun Princess, will have a giant geodesic dome at its top that covers a multideck pool and lounge area — billed as the first of its kind at sea.

The ship will also have a more elaborate version of the multideck interior piazzas that are a Princess Cruises signature space and new, elevated suite offerings. Other design details announced Thursday include plans for a lighter, brighter decor than on other Princess ships.

For more cruise guides, news and tips, sign up for TPG's cruise newsletter.

At 175,500 tons, Sun Princess will be about 21% bigger than the biggest ships currently in the Princess fleet. It'll rise 21 decks high and accommodate more than 4,000 passengers, assuming two passengers per cabin.

While not the biggest cruise ship in the world, it'll be among the larger vessels at sea when it begins sailing.

Sun Princess already is under construction at a Fincantieri shipyard in Italy and is scheduled to debut in the first half of 2024.

Here is a look at everything Princess has announced so far about the vessel, which will be the third to hold the Sun Princess name. Princess operated two other ships that went by the name Sun Princess from 1974 to 1988 and from 1995 to 2020, respectively.

The line plans to announce more details of the ship over the next few months.

Related: The ultimate guide to picking a cruise line

The Piazza also will be adjacent to a new coffee shop, to be called Coffee Currents, and a new cocktail bar called Bellini’s. It'll also open onto such signature Princess venues as the Crooners Bar and Alfredo’s Pizzeria.

By far the most unusual new feature announced so far for Sun Princess is The Dome. Inspired by the terraces of Santorini, Greece, it's a multilevel deck area covered with what the line is saying is the first true glass dome ever constructed on a cruise ship.

The Dome will cover an indoor-outdoor pool area and water feature that will be a place to lounge during the day. But at night, the area beneath The Dome will transform into a nightspot with a vibe similar to Florida's South Beach. The pool will be covered to become a stage; the space will feature state-of-the-art lighting effects and be rigged to allow for aerial performances.

Sun Princess will feature a new level of suite accommodations called the Signature Collection, which will come with exclusive access to a private restaurant, lounge and sun deck. It's Princess Cruises' first move toward offering the sort of "ship-within-a-ship" upscale suite areas that have become a mainstay on some giant vessels operated by the likes of Norwegian Cruise Line, MSC Cruises and Royal Caribbean.

The Signature Sun Deck will be a private area reserved for Signature Collection suite passengers within the Sanctuary, the extra-charge adults-only area found on Princess ships.

Related: 7 reasons you should splurge on a suite on your next cruise

Sun Princess will have 50 suites in all, among a total of 2,157 cabins. In addition, 100 rooms on the ship will connect to adjacent cabins to create a larger complex for families and groups.

Princess on Thursday said the vessel would debut in the Mediterranean in February 2024 and remain there through the summer of 2024. It'll then reposition to Fort Lauderdale's Port Everglades in the fall of 2024 to operate voyages to the Eastern and Western Caribbean.

The three sailings are available for booking today for Elite members of the Princess Captain's Circle loyalty program. All other travelers will be able to book the sailings starting at 3 p.m. on Friday.

Related: The TPG Caribbean cruise guide: Everything you need to know

An as-yet-to-be-named sister ship to Sun Princess is on order from Fincantieri to debut in spring 2025.

The new class will be called the Sphere class.

Featured image by PHOTO COURTESY OF PRINCESS CRUIS
Editorial disclaimer: Opinions expressed here are the author’s alone, not those of any bank, credit card issuer, airline or hotel chain, and have not been reviewed, approved or otherwise endorsed by any of these entities.