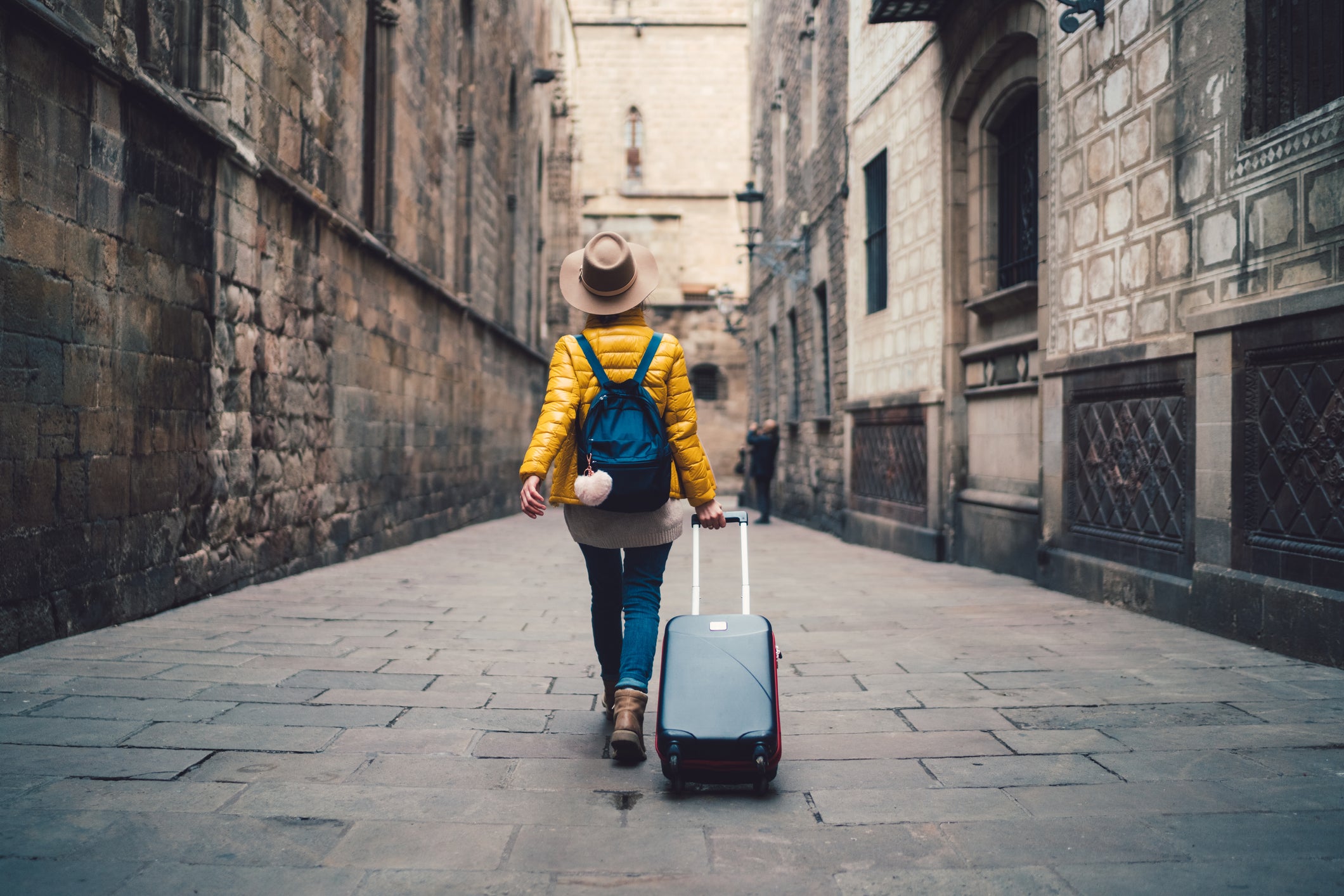 Studying abroad is a life-changing event. It's a new overseas adventure, an experience that goes far beyond a long weekend as a tourist. Embedding in a new country has benefits you just can't get on vacation, but it also has its challenges.

There are easy things you can do to be a mindful student. Here's how to put yourself at the top of the class while studying abroad.

Learn a handful of common phrases in the local language

Austin Konkle, who studied in Rabat, Morocco, in the summer of 2017 and taught an English language course in a shower ("VERY long story, but we didn't have a classroom so a shower had to do") recommends learning a few key phrases in whatever country you'll be staying in, even if you don't have time to learn the language entirely.

"Greetings and get-to-know-you questions are essential, as well as functional questions like asking where to find a bathroom, how much an item costs or where to find a nearby street or attraction. These can make your day-to-day significantly less stressful," says Konkle, who went abroad through an NGO called Association Chantiers de Developpement au Maroc.

"I did a semester in Florence and I wish I had known about points and miles," says TPG staffer Caroline Schagrin, who studied in Florence, Italy, in the fall of 2016. (A great place to start learning about miles and points is our beginner's guide.)

But if it's time to hit the road and you aren't Delta Diamond Medallion status just yet, you still have options. "Unless your points and miles balance is huge, low-cost carriers are your friends," says TPG contributor Lori Zaino, who studied in both Spain and Mexico. (She first met Brian Kelly, TPG himself, on a plane to Madrid.)

"During my first stint in Madrid," Zaino said, "I was able to fly to Paris, Rome, Dublin and a number of other European hot spots on the cheap using Ryanair and EasyJet. There’s no way I would have been able to afford full-fare carrier prices at that time, so study the rules and take advantage."

"I wish I had used my credit card more, but instead I pulled out a whole bunch of cash and just used that," says TPG staffer Elizabeth Hund, who did an exchange program with a family in the Aosta Valley in Italy in 2014. Luckily, this was before Hund worked at The Points Guy, so we let this mistake slide. This time.

Also, make sure to let your bank know you're hitting the road. "The last thing you want to have happen is to have your card denied by a merchant or ATM because a sudden foreign transaction on your statement sends out the sirens on your account," says Konkle.

"This one is no fun to learn the hard way, especially as a broke college student," says Zaino.

"For the directionally challenged, I wish I had known I could have downloaded Google Maps to use offline," says Hund.

The best apps for travel

"Since not everyone outside of the U.S. has an iPhone, make sure to have WhatsApp downloaded for calls and messaging," says Zaino.

Bring a cellphone that can accommodate a local SIM card

"Even though many U.S. phone companies offer free roaming, if you’ll be away for a month or more, having a local phone number is really helpful in case contacts in your new country need to contact you," says Zaino.

"Especially if you're in a country where your physical appearance might immediately label you as a tourist, keep your wits about you. If you're staying with a host family, ask them about what areas of the city might be unsafe, what behaviors to be wary of and what routes and methods of transportation are the best and safest ways to navigate the city," says Konkle.

"Register with STEP while abroad and make sure you know emergency numbers (not every country uses 911) and where the embassy is. While it’s unlikely you’ll ever need them, it’s best to be prepared," says Zaino. "Make smart choices and respect the cultural and social norms of your country. No one wants to end up in foreign jail. I distinctly remember my university telling us, 'If you break Spanish law, we’ll do our best, but we probably can’t help you!'"

Do as the locals do

"I definitely wish I had known about niche local standards. The prime example is I was so excited to be in France I bought and ate three croissants, which is the French equivalent of eating six Big Macs in a row," says Jonathan Eves, a strategic analyst associate at TPG's parent company, Red Ventures.Schagrin agrees, saying, "Ordering a cappuccino [in Italy] past like 10 a.m. will get you some whack looks."

Don't stretch yourself too thin

"Don't do more than, like, one or two trips with the study-abroad travel programs, like Bus2Alps," says Schagrin. "These were great services for my first couple of trips abroad because they’re super-organized, arrange your transportation and accommodations and help you ease into the whole travel experience. However, I found the trips where my friends and I planned everything and we were truly on our own to be the most valuable experiences. When you’re traveling with a giant group of American students and American tour guides, you’re going to miss out on the opportunity to explore on your own, choose what you want to see and do and share the experience with the people you want to be around."

"Regardless of how similar or different it may be from your own local experience, it is a chance to absorb, appreciate, learn and grow in understanding -- another patch on the tapestry of the human experience," says Konkle.

"I’m going to be the old person here and dispense grandma wisdom: I wish I had known that intense discomfort is one of the very best metrics of growth that you’ll ever have," says TPG staffer Katherine Fan, who studied in Beijing, Shanghai, Xi'an and Hangzhou in 2008 and 2009 for a journalism degree.

"Living with a family may cramp your style a little bit, especially if you’ve been living away from home for a significant amount of time. But living with a family is often the best way to learn the local language and have a real cultural experience in a new country. And you may form lifelong friendships, too," says Zaino.

Related stories
Save money with these travel-related offers on your credit cards this month
Use these shopping portal bonuses to earn extra miles this holiday season
Using miles and points to book airline tickets and hotels for others
Maui magnificence: A review of Kaanapali Alii, a Destination by Hyatt Residence
Featured image by Getty Images