Save Money By Booking Award Tickets From Europe, Not the US

Articles
Ethan Steinberg has been a frequent flier for as long as he can remember. He went from studying abroad in Paris to moving to Shanghai after graduating college, where he covered all things travel in the Asia-Pacific region for TPG.
Dec. 20, 2018
•
9 min read 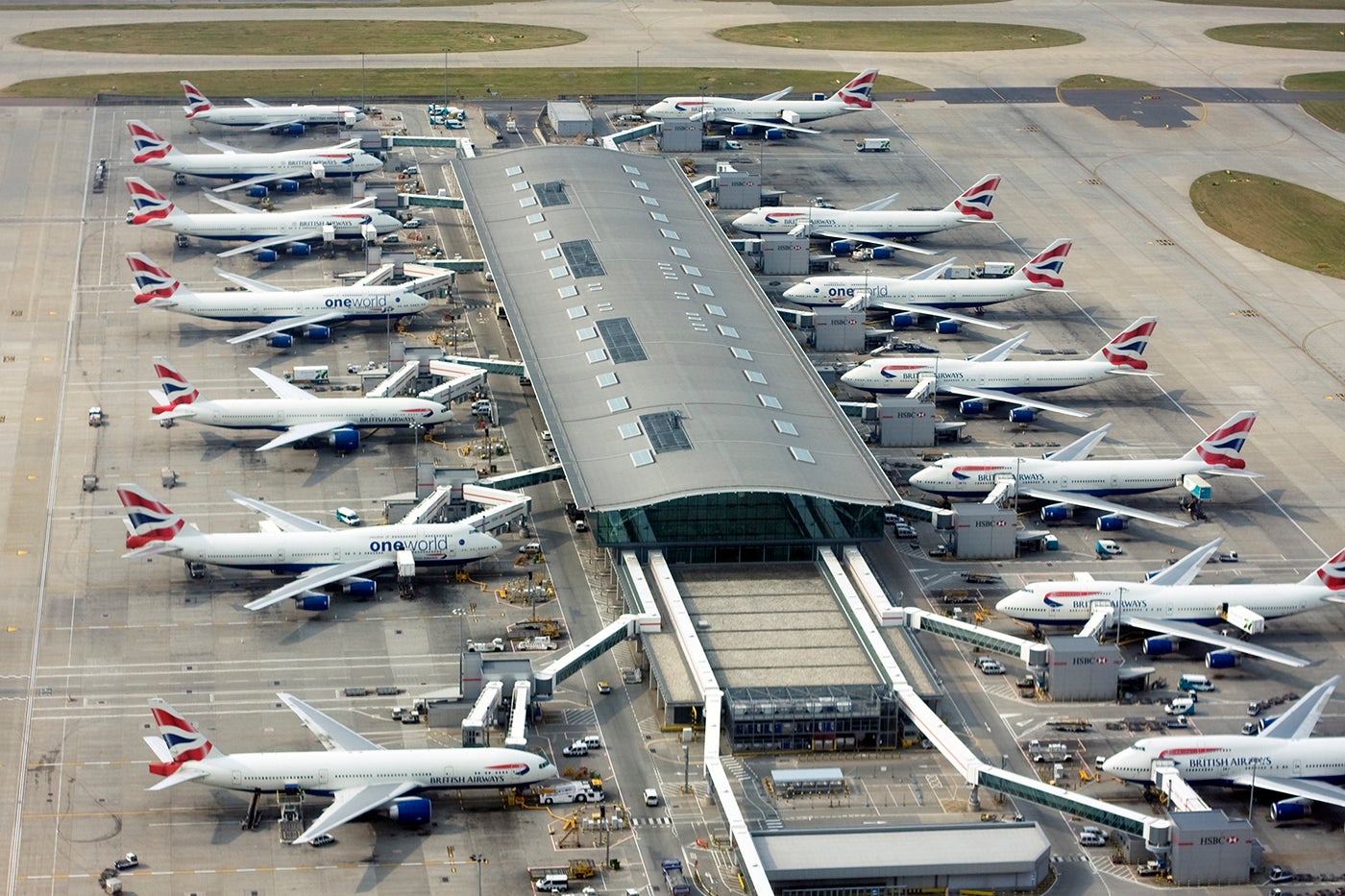 There's nothing more disappointing than finding the perfect award seat for your vacation only to get to the check out page and see that you owe several hundred dollars in taxes and fees. While not every program imposes these annoying surcharges, several European carriers (including British Airways and Lufthansa) are among the worst offenders.

It's gotten so bad that British Airways and its London-Heathrow (LHR) hub have become synonymous with the words "fuel surcharges" and even settled a lawsuit related to them earlier this year. This problem is much worse in premium cabins, with taxes often exceeding $500 each way, but ~$200 on a one-way economy award ticket is still a lot when you could buy the ticket in cash for not much more.

Savvy travelers know that taxes and fuel surcharges are highly dependent on your departure city, and with a little bit of work and careful planning, you can reduce the sting a lot. Specifically, for premium cabin awards between the US and Europe, you'll often save several hundred dollars on flights departing Europe as opposed to those departing the US. Let's take a look at just how much you can save.

East to West vs. West to East

While BA doesn't offer the world's most premium first class experience, it is good about making award space available and has a very comprehensive US route network. One-way first class awards between the US and Europe cost 85,000 American Airlines miles (worth $1,190 based on TPG's valuations). For flights departing the US, such as this award ticket from Houston (IAH) to Budapest (BUD) via London, you'll also owe a whopping $804 in taxes:

Departing from a European city instead can really lower your costs. Even flying out of London, the city known for its sky-high aviation taxes, only costs $556, a steal by comparison.

Lufthansa is the same way. This one-way first class award from New York-JFK to Munich (MUC) booked through Aeroplan comes with over CA$1,000 in taxes and fees (~US$780):

It's All About Your Departure City

In some cases, it isn't just leaving from Europe as opposed to the US that can save you money; you can actually lower your taxes and fees even further by being strategic about your departure city.

For example, British Airways first class awards from Budapest to Houston only carry $300 in taxes.

This is less than half what you'd pay for a US departure.

Even if you're traveling from London, it might make sense to book a cheap flight to Budapest and start your award ticket from there. Ryanair even has one-way flights as low as $20, and while it would add two extra flights to your transatlantic journey home (London to Budapest and back to London), it might be worth it to save an additional $250.

This would also allow you to add another city to your itinerary.

Note that this isn't necessarily limited to Europe either. One relatively well-known "trick" in the award travel world is to start a trip in Tel Aviv, Israel (TLV). Some programs have even been known to classify Tel Aviv as Europe for award pricing purposes (yes, we know it's not actually in Europe), but it may drop your taxes and fees even further.

As you can see, your taxes and fees drop to an even more manageable $264.11 for this itinerary.

The strategies described above can help you reduce your costs with carriers that normally charge outrageous amounts for award taxes and fees. But Delta, which is pretty average in this regard, actually works the opposite way. Award flights departing the US to Europe on Delta metal will come with the standard $5.60 in government-imposed taxes. If you're flying in the opposite direction, however, you'll get hit with a "carrier-imposed surcharge" of around $150 - $200, depending on the cabin.

If you don't have the time (or patience) to search for award space to and from dozens of different cities, there's a faster way to compare taxes. You can use the ITA matrix, a powerful airfare search tool, to quickly check. For our previous example of flights out of Budapest, you'd click one-way and advanced controls. By typing 'LHR' in the middle box, we're telling the engine to route us through London so we can see British Airways flights. If you're looking for a direct flight, write the airline's two letter code (such as BA or AA) in the advanced controls box instead. While your search results will all be cash prices, it doesn't actually matter what day you search for as taxes and fees will be the same every day of the week.

Once you click on the fare you want, you'll see a breakdown of all the various taxes (which you don't normally think about when booking a cash ticket). In this case, we can see that in addition to the $3,784.86 base fare, there's exactly $300.73 worth of taxes, the same amount that showed up on the AA award booking.

Putting it All Together

At this point, you may be confused. What if you need to start your trip in the US? How does booking a flight starting in Europe help? The answer to these questions is simple: you rely on the power of transferable point programs. If you have cards that earn Chase Ultimate Rewards points (like the Chase Sapphire Reserve) or American Express Membership Rewards points (like The Platinum Card® from American Express), you aren't locked into a single airline and its limited partners. Every one of these currencies includes transfer partners across the three major alliances along with non-alliance partners, so you can play them off one another.

For example, let's say that you have both Chase and Amex points and are trying to book a trip to Europe from the US. You really like the British Airways option of flying back out of Budapest through London to cut down on your taxes and fees, but how do you actually get there from the US to utilize this strategy? Here are some options:

There's a reason why the transferable point currencies rank at (or near) the top of TPG's monthly valuations. When Capital One announced new transfer partners in November, we boosted the issuer's currency by 40% because of that one action. Everyone should earn points in at least one transferable program to give you valuable flexibility as you book your next award trip.

Depending on your level of flexibility, fuel surcharges might be an unfortunate cost of doing business or something really worth going out of your way to avoid. Either way, they're one of the many reasons that booking first class awards to Europe is often more trouble than it's worth. Next time you're booking an award ticket and the taxes are over $500, keep in mind that it might be possible to cut that number in half by playing around with your departure city.

Featured image by Flickr Vision
Editorial disclaimer: Opinions expressed here are the author’s alone, not those of any bank, credit card issuer, airline or hotel chain, and have not been reviewed, approved or otherwise endorsed by any of these entities.