Articles
Dia Adams contributes to TPG Family, writes The Deal Mommy, and is the mom of a teen and a tween. Her passion lies in teaching families how to travel more while keeping their savings and sanity.
Follow
April 08, 2019
•
8 min read 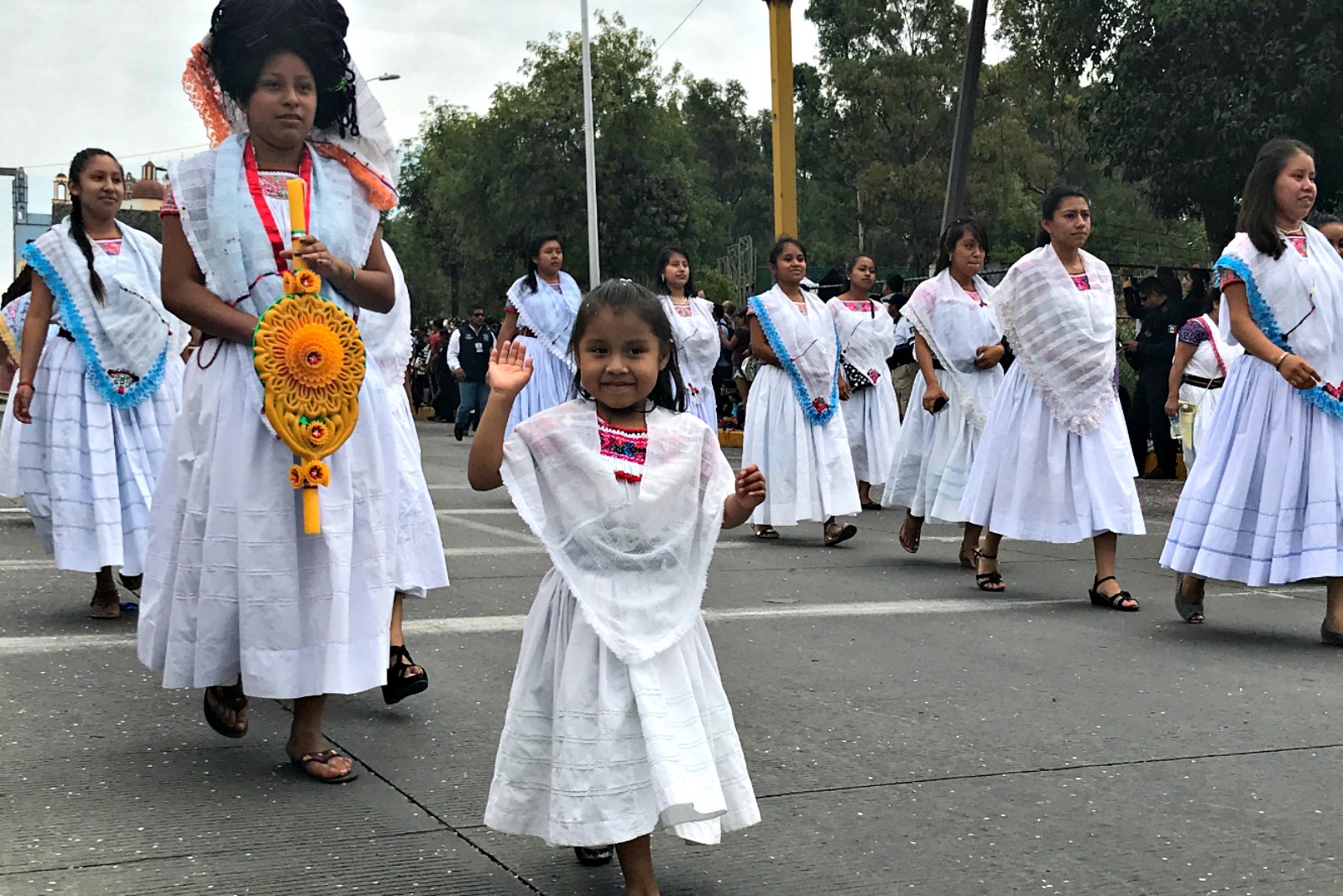 If you've spent any time in Mexico you've probably figured out that Cinco de Mayo is not a Mexican national holiday. The fiesta Americans celebrate on May 5 began in the 1920s as a celebration of the lemon harvest in Corona, California. The current iteration was actually fueled in the 1980s by Grupo Modelo, the Mexican beer conglomerate that owns, you guessed it, Corona Beer.

There is one Mexican exception: Puebla. About two hours west of Mexico City, Puebla goes all-out for Cinco de Mayo, but not in the way you're used to. In Puebla, Cinco de Mayo is a family holiday.

The Battle of Cinco de Mayo

To understand why Cinco de Mayo is so big in Puebla, you need to take the wayback machine to 1862. The French sought to invade Mexico and sent an overwhelming force of 6,000 well-trained soldiers to Puebla. Two thousand Mexicans, many of them indigenous peoples, held Puebla and the French were forced to make a humiliating retreat. The war lasted another five years, but General Zaragoza, the leader of the ragtag Mexican forces, is a folk hero to this day.

The highlight of Cinco de Mayo is the parade that marches throughout the city. Families line the streets to cheer on the military, cultural and just plain cool displays of civic pride. Last year the parade started at 10am and lasted about three hours. It began with a display of military might, both old and new.

The military tour de force was followed by bands, dancers, floats and cultural displays. The pride in each costume showed on the paraders' faces.

You don't have to worry about entertaining yourself in Puebla once the parade ends. The fourth largest city in Mexico, Puebla was founded in 1531 and the Zólcalo (downtown) earned UNESCO status in 1987. The cathedral dates from 1575 and the 18th-century Polafoxiana library is the oldest in the Americas. More culture drips down a random Puebla street than most cities I've visited.

I'd be remiss not to mention the food: Puebla is the home of mole, after all. We took a food-based walking tour and learned about another local specialty: tacos árabes. Known in other cities as tacos al pastor (shepherd), tacos árabes are a Puebla institution. Lebanese immigrants used gyro-type shaved meat on tortilla shells to create the takeout staple.

Puebla is surrounded by mountains that are snow-capped most of the year and enjoys a temperate climate due to the altitude. During our visit in May, the highs were in the low 70s and the evenings dropped to the 50s. (A couple in our party needed to buy sweatshirts as a souvenir.)

How to Get to Puebla

Puebla has a regional airport, but you're more likely to find that Mexico City (MEX) is a better gateway. Be sure to check cash prices before you book award tickets as I find frequent sales to MEX. Last May, I booked a ticket from IAD–MEX for just $168 round-trip. If you want to use miles, Delta partners with Aeromexico, which flies nonstop from a dozen US gateways. United and American also offer good coverage as low as 15k each way for American and 17.5k each way for United.

Once you get to MEX, the easiest and most comfortable route to Puebla is via the Estrella Roja bus. If you've seen chicken buses in Central America, you might not be enthused to ride a Mexican bus. Don't worry: The Estrella Roja features reclining seats with footrests. The two-hour ride went by in a flash.

On your way back, you can stop by one of the three Centurion Lounges or one of the six Priority Pass lounges. Mexico City's lounges aren't as luxurious as some, but you can't fault the number of choices. Of all of them, my favorite is the Centurion Lounge in Terminal 2. I especially recommend the chicken tortilla soup.

Where to Stay in Puebla

Most of the points options are a bit out of downtown, but Ubers are both plentiful and cheap. We spent less than $30 on our four-day weekend trip last year. Be sure to check cash rates as many times of year they may be a better value.

Puebla is the rare city that has low points-level hotels that you might actually want to stay in. Marriott has two limited-service Category 1 hotels -- Four Points by Sheraton Puebla and Courtyard Puebla Las Animas. Both are 7.5k points per night but cash rates were just $51 and $47 respectively when we checked for dates during Cinco de Mayo. There is also the full-service Marriott Puebla Hotel Meson del Angel (Category 2, from 12.5k points, or just $81 during May festivities). As a bonus, the Marriott is located right next to "Paseo de Los Gigantes," a fun public park that features mini-sized world landmarks and a putt-putt golf course.

One unique brand name hotel in Puebla is La Purificadora, a Design Hotel. Purifiadora means purifier in English, which is apropos because the boutique hotel is a converted water purification center from the 19th century. The hotel is a Bonvoy property but isn't taking award bookings at this time.

Families will do well with Airbnb in Puebla. We stayed in a three-bedroom townhouse within walking distance of downtown for just $68/night. As a bonus, the house was right on the Cinco de Mayo parade route. We brought out our kitchen chairs when the parade started and had a front-row view.

IHG is also well-represented with seven hotels in Puebla that range from 10K to 25K points nightly. At this moment, the InterContinental Presidente Puebla is on the Pointbreaks list for only 10K points/night. That's a steal for an InterContinental property.

Cinco de Mayo isn't all about nachos and beer. If you're looking for an authentic experience that's kid-friendly to boot, Puebla fits the bill in a way no other place could.

I have an affinity for "second cities": destinations that go beyond postcard sights. Puebla is a picture-perfect example of a second city. Instead of feeling like you have to "do" all of the time, Puebla is a great place to just be. (Though do keep an eye on the air-quality while relatively nearby El Popo has some increased volcanic activity.)

Related stories
What are points and miles worth? TPG’s December 2022 monthly valuations
Capital One Venture X to lose Priority Pass restaurants and spa services as of Jan. 1, 2023
December 2022
Current Hyatt promotions: Bonus points on stays and dining plus double stay credits
Featured image by Cinco de Mayo parade in Puebla, Mexico. Photo by Dia Adams
Editorial disclaimer: Opinions expressed here are the author’s alone, not those of any bank, credit card issuer, airline or hotel chain, and have not been reviewed, approved or otherwise endorsed by any of these entities.