Articles
Bill Fink is a senior writer for The Points Guy covering travel news, trends, and cool adventures. His award-winning stories have been featured in AARP, BBC Travel, Frommer's, Lonely Planet, National Geographic, Outside, Yahoo Travel and many others.
Follow
April 24, 2022
•
8 min read 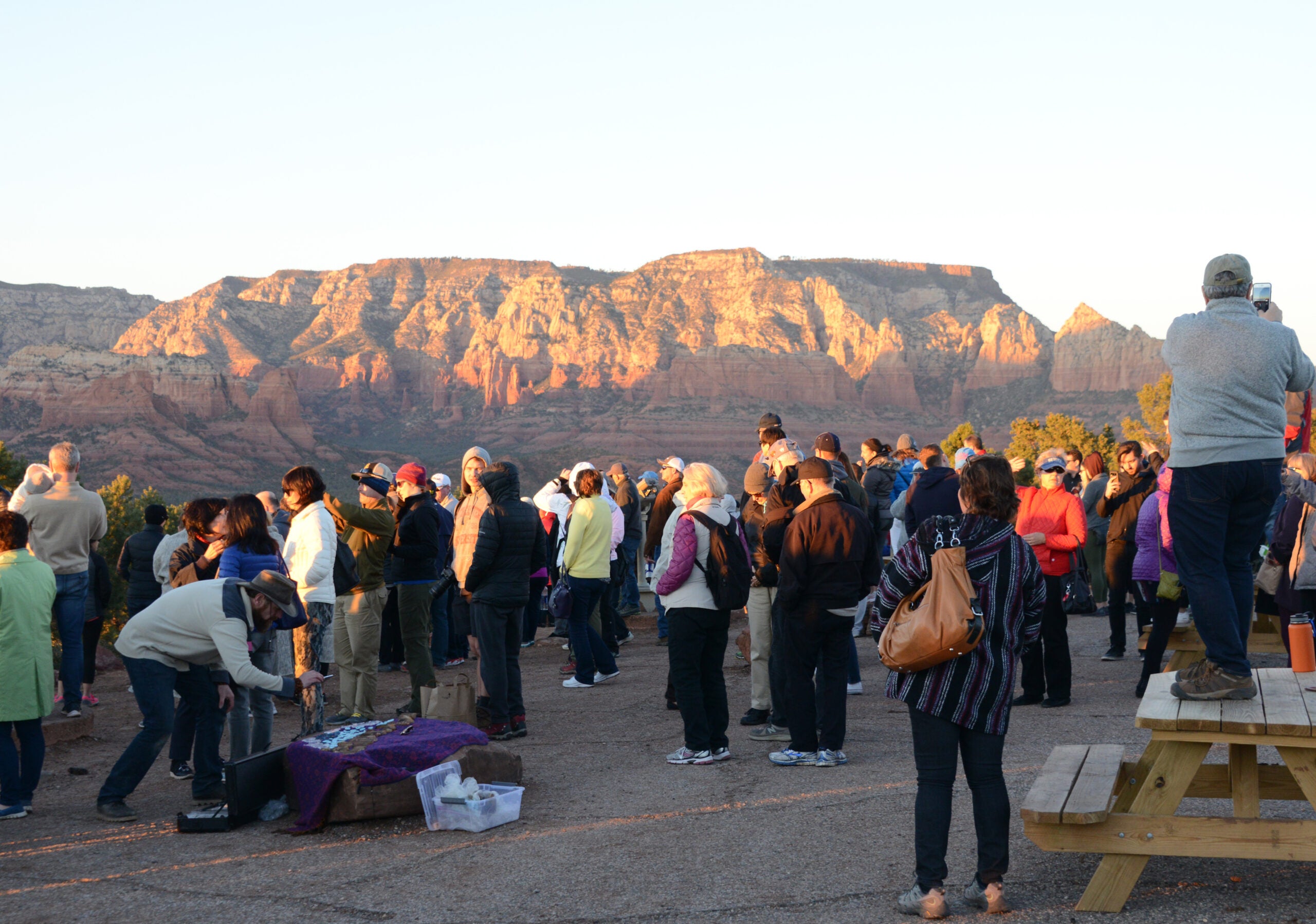 If you are looking to experience the splendor of America’s national parks and other popular outdoor destinations this summer, you likely won't be alone. Given the resurgence of outdoor travel and road trips during the pandemic, many parks set all-time visitor records in 2021 and are expected to be at least as popular this year.

While there are many options to use points at and around national parks, popular lodging choices can sell out. Even if you do get a room, you'll encounter trails and viewpoints full of tourists. As traffic jams and parking become ongoing problems, some national parks have instituted strict reservation systems. Yes, you can always find solitude in the vast wilderness of big parks like Yosemite and Yellowstone, but you'll still have to contend with traffic getting there.

This summer may be the time to try some alternative spots that offer some of the same features as their more famous neighbors. If you’re looking to dodge the lineups of slow-moving RVs and actually find some lodging vacancies on a busy summer weekend, consider giving one of these lesser-known but still awe-inspiring destinations a try.

Last year, Yosemite National Park hosted more than 3.3 million visitors, with the biggest crowds visiting during the summer months. The spectacular views of Half Dome and Yosemite Falls lose luster after you've had to sit in bumper-to-bumper traffic all day and then face selfie-stick toting mobs at every viewpoint. Park lodging is often sold out a year in advance, campgrounds are packed and the Valley takes on a circus-like atmosphere. To attempt to limit the crowds, Yosemite has instituted an advance reservation entry process for this year's high season, lasting from May 20 through Sept. 30.

Meanwhile, about two hours south, Sequoia National Forest boasts similarly beautiful nature with cheaper entrance fees and only a fraction of Yosemite’s visitors. I’ve spent days hiking there without seeing a soul. What you lose from missing out on Yosemite’s famous monuments, you gain by enjoying peace, solitude and the fresh air you originally sought from the outdoors experience. Nearby Sequoia and Kings Canyon national parks also contend with crowds, particularly in their main thoroughfares. It's for that reason I choose to escape just across the Forest Service borders to the scenic state park region. Despite the wildfires that raged through the area in 2021, most of Sequoia National Forest's campgrounds are already open for 2022, and the 1.1 million acres of the park still provides plenty of pristine forest to visit.

Lassen National Park instead of Yellowstone

For an alternative to Yellowstone National Park, take the trek to California's Lassen Volcanic National Park. Yellowstone has the iconic Old Faithful geyser and herds of bison. However, it also has herds of visitors in summer, which can be as unpleasant as a close encounter with the cranky furry beasts. The more remote and often under-visited Lassen National Park has an equally entertaining collection of thermal features, including the giggle-inducing hiking trails and viewpoints of “Bumpass Hell” and “Fart Gulch.” While some segment of Lassen suffered from a major wildfire in 2021, much of the park remained untouched, and most campgrounds will be open for the start of the summer season, along with many of the popular trails. For those with a hankering for wide-open bison-viewing spots, you can still get your fill in the 70,000 acres of North Dakota’s peaceful and secluded Theodore Roosevelt National Park.

New Hampshire's White Mountain National Forest is a good alternative to Maine’s Acadia National Park. Given the record-setting 4 million visitors to Acadia National Park last year, it’s going to take a lot of work to find some solitude there this year. Instead, travel across state lines to the White Mountain National Forest and tackle the rugged beauty of the Presidential Traverse hiking trail. The full hike can be a challenge, as it goes along windswept peaks above the tree line, but you’ll appreciate the peace and spectacular views you'll earn along the way. The park offers plenty of more relaxing hiking trails as well.

Canyon de Chelly National Monument instead of the Grand Canyon

Instead of the Grand Canyon, take a trip to the Canyon de Chelly National Monument in northeast Arizona. The Grand Canyon is a truly spectacular destination that should be on everyone’s bucket list. However, its millions of high-season visitors can make it feel like Disneyland at times -- with the associated high prices and crowds. Instead, take a detour to explore Canyon De Chelly National Monument, which features similarly stunning sandstone canyons, as well as ancient cliff dwellings near the current residences of the Navajo Nation (which helps manage the park). The park charges no entry fees and has rangers leading free hikes and hosting educational evening programs.

Note: the photo above was taken safely with a wide ridge just out of view below the rock. Do not risk your life on actual cliff edges for a photo!)

Ricketts Glen State Park in Pennsylvania is a great substitute for the Great Smoky Mountains National Park, which regularly ranks as America's most-visited national park, setting a record with an astounding 14.1 million visitors in 2021. To escape the traffic and crowds in search of a more secluded experience, venture north to Ricketts Glen State Park, or perhaps explore some spurs of the multi-state Blue Ridge Parkway. There you can enjoy a similar array of waterfalls and woodlands, albeit on a smaller scale and with less prevalent wildlife (along with less prevalent traffic jams).

Kauai's Waimea Canyon instead of the Na Pali Coast

Instead of Kaua’i’s Na Pali Coast State Wilderness Park and the Kalalau Trail, try the island's Waimea Canyon State Park. Na Pali's fluted seaside cliffside trails are spectacular, starring as background scenery in Hollywood features like "King Kong" and "Jurassic Park." Because of this fame, the trails can be packed, campground permits impossible to obtain and the approaching roads a mess of rental cars and congested parking. Waimea Canyon, in the center of the island, doesn’t showcase ocean views. However, during my visit, I enjoyed a rainforest version of the Grand Canyon, watching wildlife scampering along mountain ridges, listening to bubbling brooks and diving into hidden swimming ponds. I spent three days hiking and camping in the base of the canyon and encountered just two other people — locals on horseback.

Related: How to plan your first National Park visit

Consider Pictured Rocks National Lakeshore as an alternative to Michigan's Mackinac Island. Mackinac is a quaint vacation town on an island in Lake Huron that bans cars but welcomes many visitors during summer. It's enough to feel oppressive even when I visited on the obligatory Midwesterner family holiday at age seven. Further afield, the backcountry of Lake Superior boasts beauty and solitude that will come as a pleasant surprise to visitors from the east or west coasts. Pictured Rocks National Lakeshore's 114 square miles of parkland and 42 miles of lakeshore with photo-worthy rock formations will make you happy you took the trip. There's plenty of social distancing to be done along the park's 100 miles of trails by land — as well as by sea in its near-infinite lake kayaking routes.

While summer seems like a great time to visit America's most famous National Parks and other high-profile outdoor destinations, expected high-season crowds may detract from your experience.

It's worth the time to research and explore many of the lesser-known neighboring parks as alternative summer holiday spots. You can always return to Grand Canyon and Yosemite in the off season and soak in some scenic seclusion then.

Featured image by Communing with nature can be hard in a crowd! (credit The Points Guy - Bill Fink)
Editorial disclaimer: Opinions expressed here are the author’s alone, not those of any bank, credit card issuer, airline or hotel chain, and have not been reviewed, approved or otherwise endorsed by any of these entities.