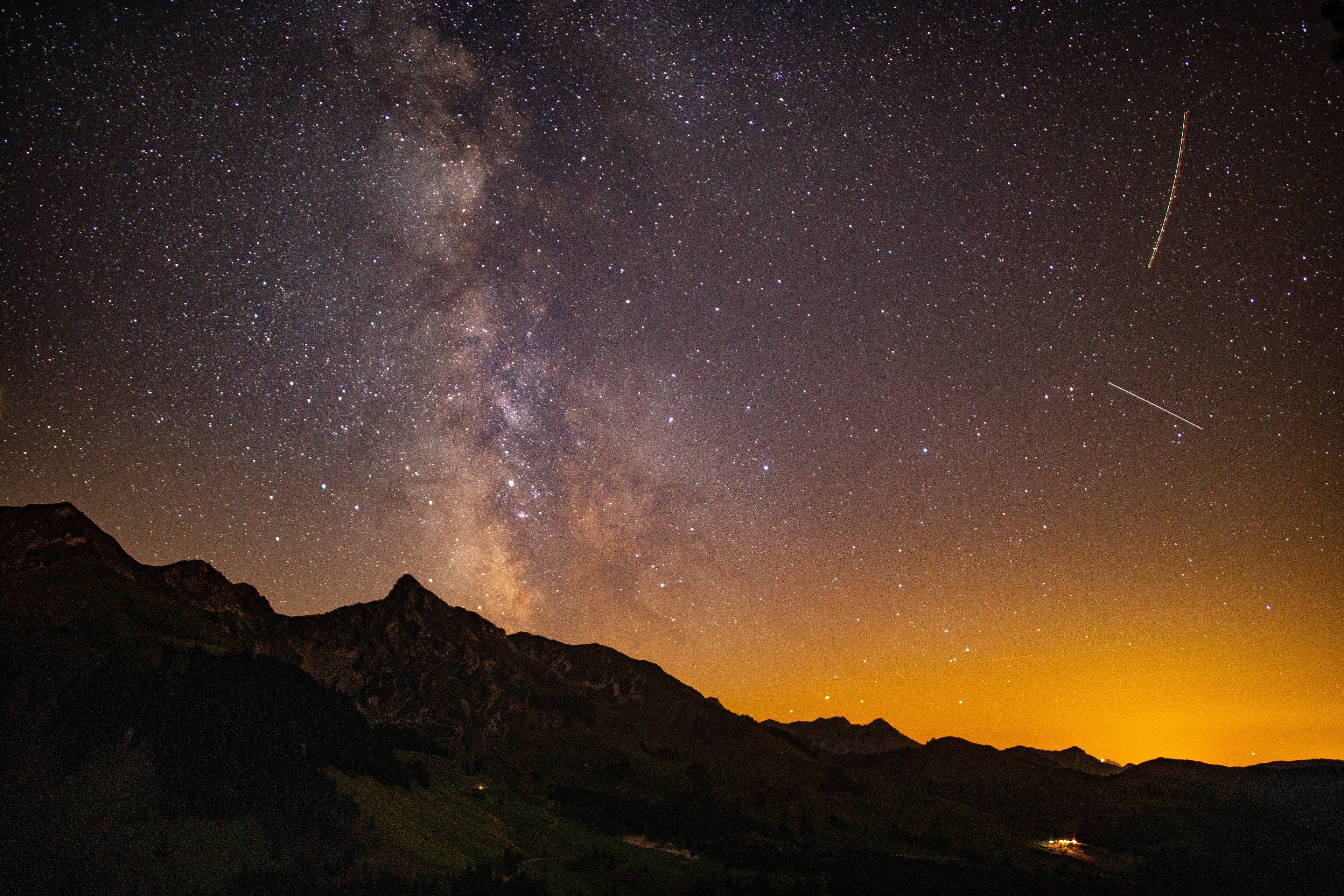 One of the Biggest Meteor Showers of the Year Returns This Week — Here’s How to See It
This post contains references to products from one or more of our advertisers. We may receive compensation when you click on links to those products. Terms apply to the offers listed on this page. For an explanation of our Advertising Policy, visit this page.

One of the biggest celestial events of the year, the Geminid meteor shower has returned for its annual display, and will peak on Dec. 13 and Dec. 14. It's a show guaranteed to dazzle.

Nicholas Moscovitz, an astronomer at the Lowell Observatory in Flagstaff, Arizona, told Fox 12 News, "Thursday or Friday night around 2am is when the meteor shower peaks, and if you're lucky and you get to a nice dark site, you may see upwards of 40, 50 [or] 60 meteors per hour."

Though this stellar performance occurs every December, when Earth passes through the debris field of the Phaethon asteroid, this year should be exceptional. For one, there should be optimal viewing conditions, because the moon (a waxing crescent) won't be too bright.

But this year is also remarkable because, during the meteor shower on Friday, the comet 46P/Wirtanen will also be visible — even to amateur astronomers without telescopes. (According to NASA, stargazers can simply look for an ethereal bluish glow in the constellation of Taurus.) Comet Wirtanen, the so-called "Christmas Comet" won't come this close to Earth for another two decades.

Unfortunately, you can't expect to see the Geminids (or the comet) in New York City or another major metropolis. The key to witnessing it is to get to a dark place with wide open skies and minimal light pollution, such as Arizona, New Mexico or rural Texas. The International Dark Sky Places conservation program has a list of more than 100 destinations with ideal conditions for stargazing. On its list are Sedona, Arizona; Grand Canyon National Park; Death Valley; Ketchum, Idaho; Big Bend National Park in Texas; and Blue Ridge Star Park in the Appalachian Mountains.

According to Syfy Wire, it's fairly easy to see meteors whizzing across the sky, provided you get to a dark place and have a bit of patience. It takes about 20 minutes for your eyes to adjust to the darkness, so you'll need to sit tight and stare up at the sky. The meteors will appear to radiate out from the Gemini constellation, which is located to the upper left of Orion. You'll be able to see them with the naked eye or using a pair of binoculars after dark, though the later you can stay out, the better.

If you can, be sure to position yourself far away from any inclement weather systems. AccuWeather predicts clear skies across the central US on Thursday, and suggests that people in the Northeast look for shooting stars as early as Wednesday night, when there's less cloud cover.

For serious stargazers, this is an astronomical affair worth flying for. So if you're looking for last-minute ways to burn your remaining PTO days for 2018, or earn a a few more elite-qualifying miles, don't just drive outside the city. Instead, consider turning the Geminid meteor shower into a vacation-worthy event.

At the Boulders Resort & Spa in Carefree, Arizona, for example, guests can go stargazing with an astronomer, making it an ideal place to stay during the Geminid meteor shower. Sessions last 45 minutes to one hour and cost $82.50 per person (based on a minimum of two guests). The resort is a member of Hilton's Curio Collection, so you can earn or redeem Hilton Honors points by staying there.

Also in Arizona, the award-winning L'Auberge de Sedona offers complimentary stargazing for guests and will have a special session on Thursday night. The hotel's stargazing guide, Dennis Young, predicts the meteor shower should deliver between 100 and 120 shooting stars per hour. He can also help guests spot that slow-burning comet Wirtanen, too.

Meanwhile in Texas, a great place to go is Marfa, where you can watch the meteor shower, explore Big Bend National Park and discover the town's contemporary art scene all in a weekend. For a glamping experience, book one of the teepees, tents or refurbished Airstream trailers at El Cosmico. For a plush hotel (and a room with four walls), check into the Hotel Saint George instead. The town is also famous for the mysterious Marfa lights.

Rather stay warm and cozy inside? You can always watch NASA's livestream of the meteor shower, which will begin on Thursday evening.