In Search of Dark Skies: How Light Pollution Is Spurring a New Tourism Industry 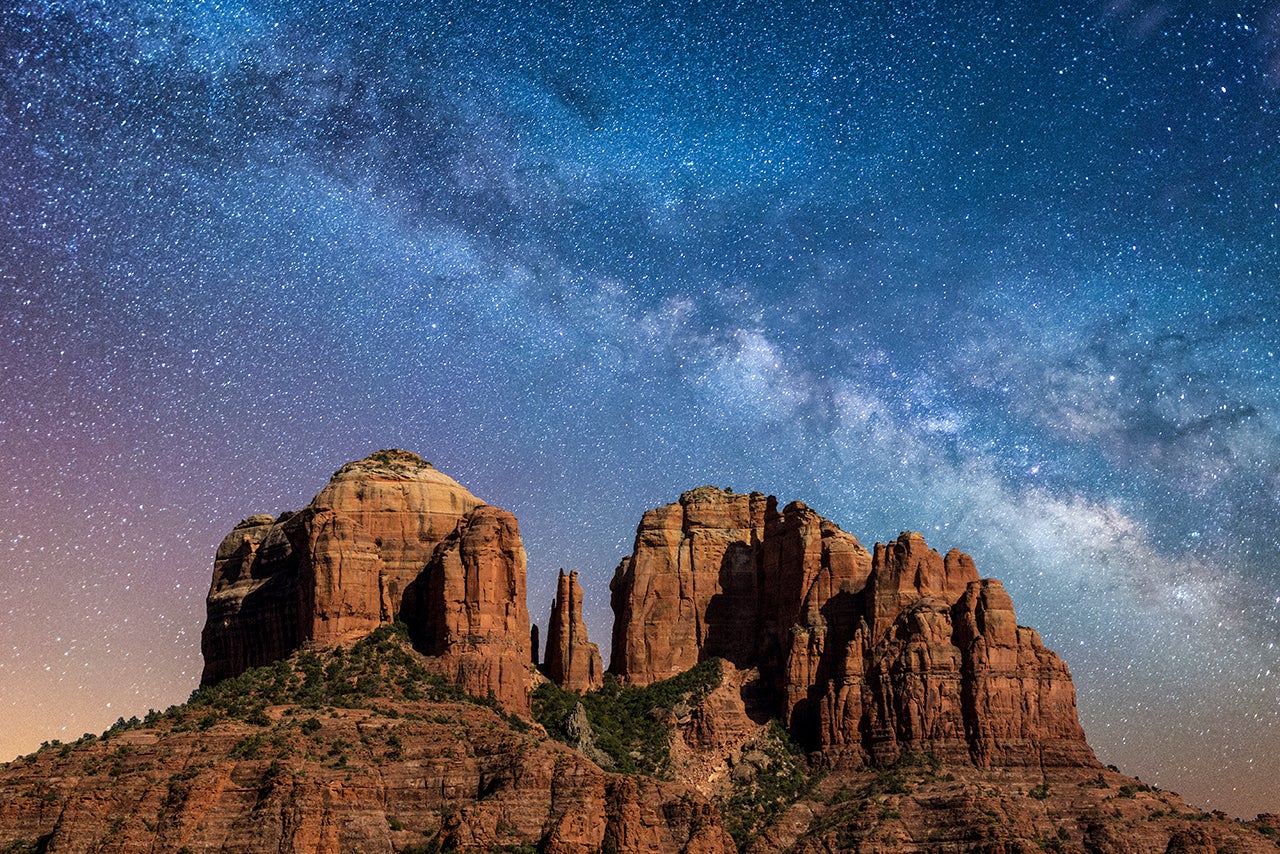 In Search of Dark Skies: How Light Pollution Is Spurring a New Tourism Industry
This post contains references to products from one or more of our advertisers. We may receive compensation when you click on links to those products. Terms apply to the offers listed on this page. For an explanation of our Advertising Policy, visit this page.

Jeff Hall sees more and more of them every year, and even though they're great for business, there's something inescapably sad about their growing numbers.

"I had a couple of visitors staring up at the sky and asking what it was — they were adults, and they'd never seen it before," Hall told The Points Guy. "And I had to explain that it was the Milky Way, and what it was: 'That's our galaxy.' They were like, 'Oh my goodness! We can actually see it!'"

Hall is the director of the Lowell Observatory in Flagstaff, Arizona, and just one of many to witness how the light pollution that seems to be encroaching everywhere has fed a growing genre of tourism. There are now travelers going to great lengths to see our increasingly rare, genuinely dark night skies. The observatory now sees 100,000 visitors a year.

An astonishing eight in 10 Americans live somewhere where they can't make out the Milky Way at night no matter the conditions, and there's no sign that figure will decrease. Overdevelopment and the rise of the standard LED (which illuminates at a bluish frequency that's especially effective at blotting out the stars when the sun goes down) are largely to blame. The older, yellowish sodium bulbs cause much less light pollution, and though there are amber-colored LEDs available, it's the standard white LEDs that have become ubiquitous.

"People are beginning to really understand that the starry night skies are a resource and an experience worth seeking out, and we've noticed a big increase in people seeking out these dark places," said Amanda Gormley, spokesperson for the International Dark-Sky Association, a nonprofit dedicated to preserving notable places around the world that are still free from light pollution.

In Sedona, Arizona, Cliff Ochser is the founder and president of Sedona Stargazing, a tourism company that caters to people coming to the northern part of the state for its legendarily great views of the nighttime lights of the Northern Hemisphere. He and his clients, who come from around the world, travel a little ways out of town, set down folding chairs and watch as humankind's oldest motion picture unfolds above them.

"What inspired me to start this company," Ochser explained, "is the fact that people around the world have lost their relationship with the night sky because of light pollution...They have to travel to a place where they can see. I wanted to try to reconnect people to the night sky."

In Oklahoma City, Angie Hendricks, president and CEO of Bentley Hedges Travel, placed dark-sky tourism in the rapidly growing adventure-tourism sector of travel, a twist on travel for those already drawn to hard-to-reach places. That light pollution is so pervasive makes dark-sky travel a natural match for people who want to get away from civilization. The places where they go, she said, are "really remote."

The IDA maintains a list of sites around the world that it certifies as having dutifully maintained dark skies, with locations as far-flung as New Zealand's Great Barrier Island and the Elqui Valley of northern Chile, and as close at hand as western New Mexico and north central Pennsylvania. But many of the sites are threatened by potential development and nearby urban growth, making the need to see the remaining dark skies even more pressing for astrotourism aficionados. Already, Hall noted, it's almost impossible to find a truly dark night sky anywhere in the US east of the Mississippi and north of the latitude of Dallas.

"I think there will always be remote places where you can see the night sky, but whether they're accessible to the general public is another question," Ochser said. "To have to travel to the see the sky is a real issue. The encroaching light pollution is not something to be ignored."