Articles
Nick Ellis joined The Points Guy in 2016 as an intern and is now Reviews Editor, primarily responsible for arranging, writing (some of), editing and publishing reviews of hotels and airport lounges along with helping manage, write and edit travel content.
Follow
July 14, 2021
•
6 min read 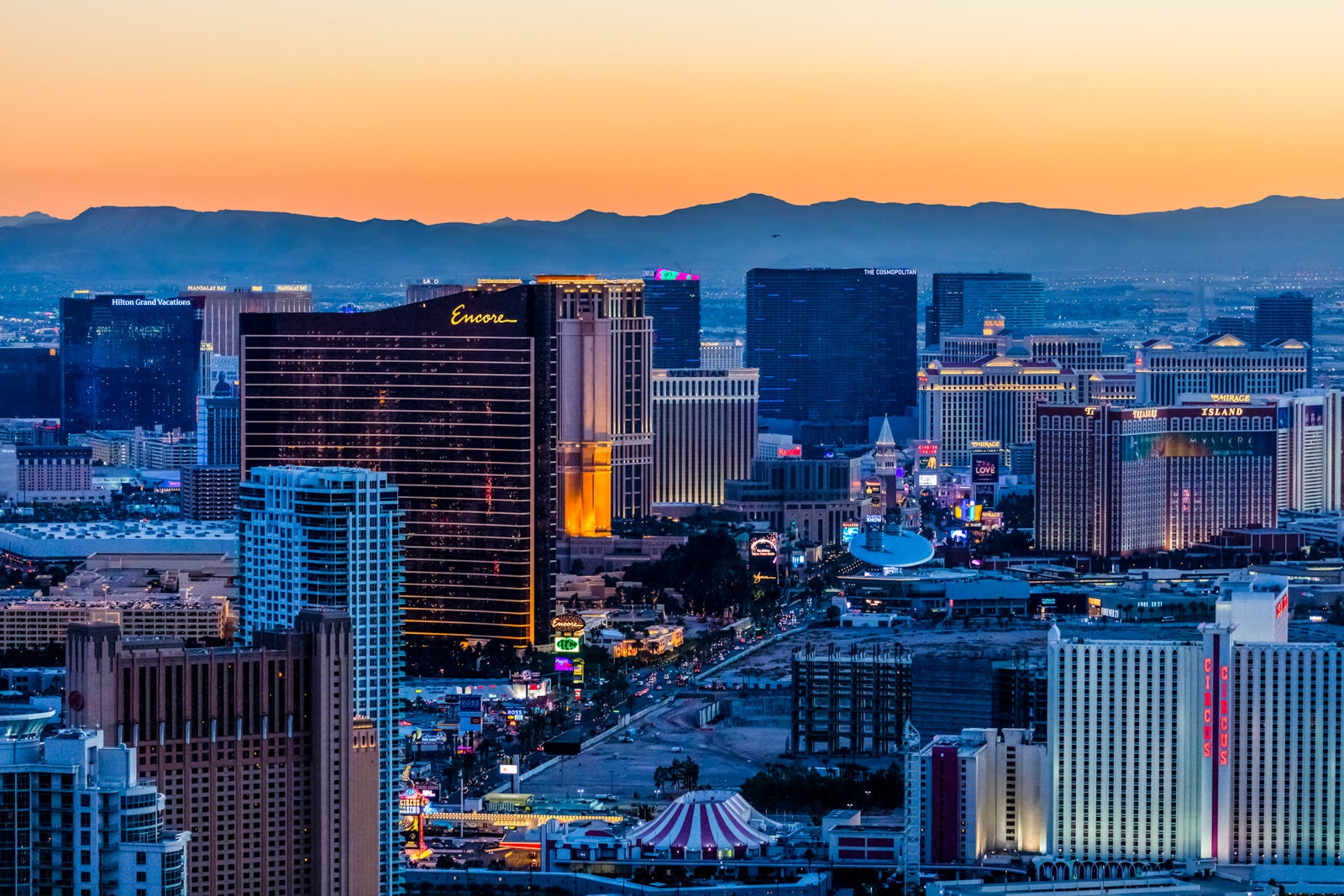 Las Vegas, one of the world's most popular travel destinations, is open for business once again.

But, after more than a year of being effectively shut down, the city feels different in many ways. One of the ways in which this is most apparent is the process of getting from the city's McCarran International Airport (LAS) to the Strip.

The airport is only a few miles from The Strip and typically, the journey to most points of interest there lasts only about 10 minutes. However, alongside a recovery in travel has come a severe rental car shortage, leading to very tight inventory with many agencies and sky-high prices.

Further, popular ride-hailing services have been tricky since we've begun to come out of the pandemic. Many drivers who in the past worked with Uber or Lyft -- or both -- have gone off the road and not come back. This has led to frustration among riders who, before the pandemic were used to plentiful options for rides and reasonable prices. Now, though, waits tend to be long, and prices have gone up considerably.

TPG staffers experienced the issue first-hand when they recently traveled to Las Vegas to cover the opening of Resorts World Las Vegas. Zach Griff noted excessively long wait times -- both for taxis and ride-hailing options like Uber -- at both the airport and at the hotel on the morning of checkout. In fact, the long wait times (and cancellation from an Uber driver) almost caused him to miss his flight home.

So, knowing that getting from the airport to the Strip is anything but normal these days, we wanted to run down the best options for you to consider on your next trip to Sin City.

If you lock in your Las Vegas plans well in advance, renting a car could be a viable option. Avis, for example, has numerous locations along The Strip, including at the Bellagio, MGM Grand, Aria City Center, Mandalay Bay and more. So, in theory you could rent a car for a couple of hours after arriving in Las Vegas and then return it at one of the numerous locations on The Strip. Or, you could rent a car for your whole trip and stay at a hotel that offers free parking, including The Palazzo and Venetian, the Cosmopolitan (for guests only), Circus Circus (only self-parking is free) or one of the several M Life properties that offer free parking to elite members, which can be attained through a status match with World of Hyatt.

Several companies offer shared shuttles that transport guests between the airport and The Strip. Choosing a shared shuttle won't break the bank either, with rides typically starting from $30 per person round-trip. These shuttles will make multiple stops along the way, though, so if you're in a hurry or simply don't want to deal with a journey with stops, that may not be the best option for you. You can find major shuttle companies here, and most offer other ride options, including shared limousines, private limousines, private SUVs, private buses and more.

Las Vegas isn't a city known for its public transit options, but you can take the city bus to The Strip. The Regional Transportation Commission of Southern Nevada (RTC) has bus stops at Terminals 1 and 3 at McCarran Airport. If you embark at Terminal 1, you'll connect to the South Strip Transit Terminal, where you can catch another bus that will bring you to The Strip. Factoring in the connection to other lines, a journey on the bus may take quite some time -- especially given how close LAS is to The Strip -- but it's very economical and relatively reliable given its adherence to a set schedule.

You can purchase tickets at the vending machine located at Level Zero in Terminal 1 or download RTC's app to purchase fares and plan your trip ahead of time.

Limousines are a common sight in Las Vegas, even as they've become increasingly rare in other cities. They're such a fixture of Las Vegas, in fact, that there are walk-up limo services located at the airport, standing by to whisk your group to The Strip in style. Of course, you can book your limo trip in advance through many providers. Alternatively, your hotel can arrange a limo to pick you up at the airport. Of course, it's not the cheapest way to get from the airport to your hotel, but if you're traveling with a group, it may not end up being terribly expensive -- and what says "Vegas" more than a limo transfer?

It may seem decidedly low-tech, but traditional taxi cabs are still an option in Las Vegas. There are designated taxi lines outside Terminals 1 and 3, and several companies offer airport pickups. They tend to be on the expensive side, and you may be waiting longer than you'd like, but they're a safe and reliable way to get from the airport to The Strip.

Use a ride-hailing service -- but plan ahead

Ride-hailing services like Uber and Lyft became ubiquitous in Las Vegas in recent years due to the city not being particularly friendly for pedestrians and the relatively low cost compared to traditional taxis. However, as the city has rebounded, ride-hailing services have been plagued with long waits for riders and higher prices. However, if you plan ahead, it doesn't have to be as frustrating an experience.

As TPG's Zach Griff notes, if you're only traveling with carry-on luggage, you can request your ride before you pull up to the gate, so your ride is waiting for you (or very close) when you eventually get to the pick-up area on Level 2 in the airport's parking garage. Additionally, you could take the "Red Line" tram to Terminal 3, which is much less congested these days due to a lack of flights arriving from international destinations. Pick up at Terminal 3 is located on the Valet Level.

Related stories
What are points and miles worth? TPG’s December 2022 monthly valuations
Capital One Venture X to lose Priority Pass restaurants and spa services as of Jan. 1, 2023
December 2022
Current Hyatt promotions: Bonus points on stays and dining plus double stay credits
Featured image by Getty Images/Cultura RF
Editorial disclaimer: Opinions expressed here are the author’s alone, not those of any bank, credit card issuer, airline or hotel chain, and have not been reviewed, approved or otherwise endorsed by any of these entities.