6 Must Sees at the Harry Potter Studios Near London

Articles
Jon Bailey covers LGBT and family travel for TPG, and travels the world with his husband and two daughters exploring deals and undiscovered gems in places both domestic and international.
Follow
July 05, 2019
•
8 min read 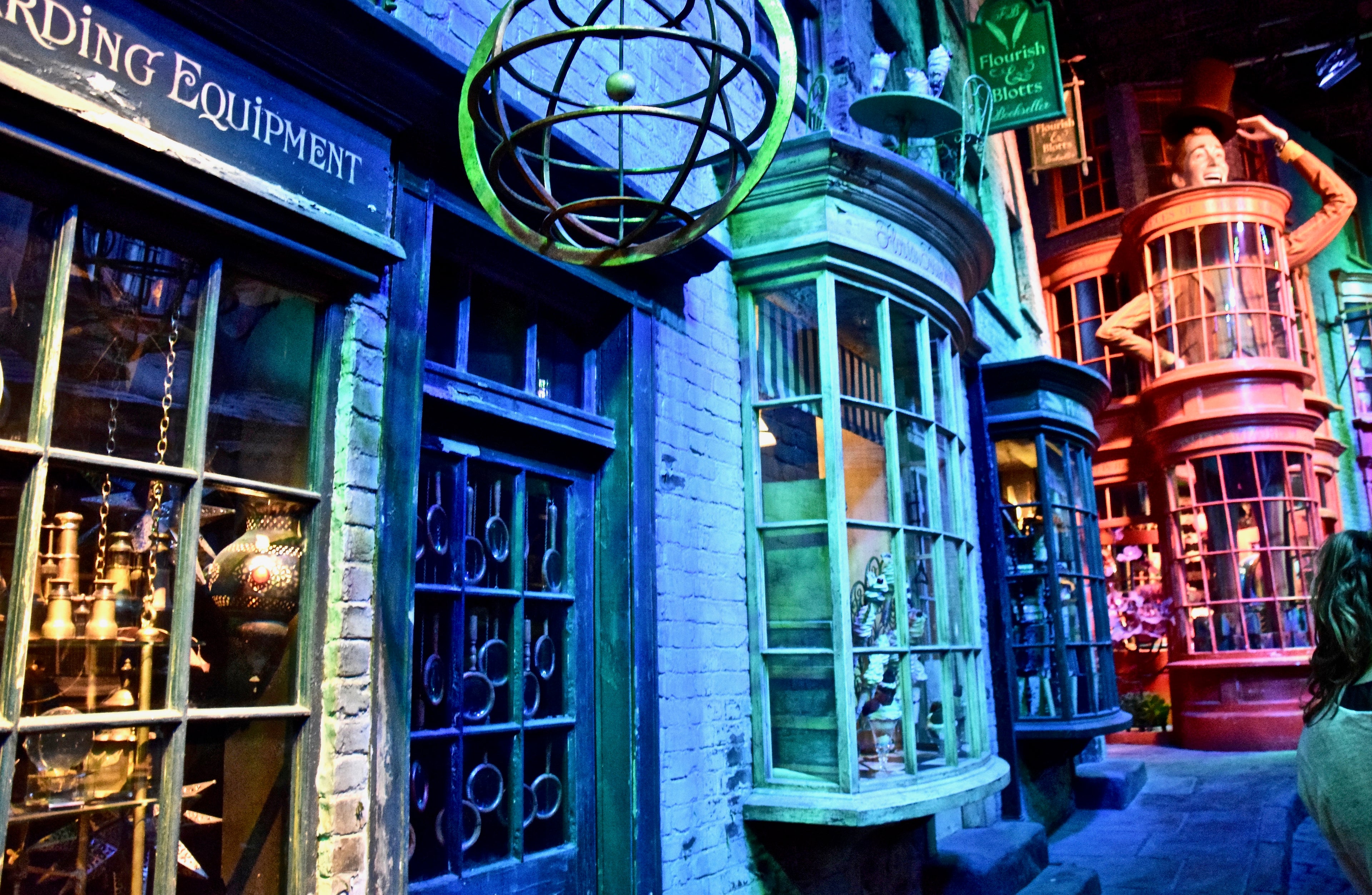 Word is that, on average, at least one in every 15 people on this planet owns a Harry Potter book. That's more than 500 million sold books, not to mention the billions of dollars made on the movies, the toys, the theme park lands and more. Harry Potter is undeniably a part of our culture and it comes as no surprise that kids (and adults) can't get enough of experiencing the world of Hogwarts in real life.

While the Universal Studios theme parks have the magic of Harry Potter down pat, The Making of Harry Potter at Warner Bros. Studios just outside London has preserved the actual soundstages and facilities where they filmed the movies. You can spend the day admiring every detail of this extremely well-executed display of Harry Potter film memorabilia.

We found the entire experience is crazy cool for kids and adults alike. The magic of Hogwarts and its mysteries come to life on this tour. There are even seasonal offerings such as Hogwarts in the Snow around the winter holidays and Dark Arts in weeks around Halloween. But here are six must-see areas of the Harry Potter Studios Tour open around the year:

The view is overwhelming when you enter the Hogwarts Great Hall. The tables are set up on each side like a regular meal for the students, and the room is enormous. At the front, mannequins are dressed in the actual costumes worn by Dumbledore, Professor McGonnigall, Hagrid and the gang.

The set of the Potions Room from the Hogwarts cellars has been meticulously displayed, complete with jars of unsavory concoctions and bits and pieces of mythical creatures. (Warning: If you’re bringing small children, this area can be downright creepy.)

Severus Snape’s cellar rooms from the movies are on display here, along with a cool video of the set designers explaining how they created all the magical, mythical designs. You might even see some of the cauldrons seemingly in the midst of mixing up some magical potions, wands in motion stirring the ingredients.

We geeked out walking onto the Hogwarts Express train and through its rail cars. It was easy to imagine our trip to Hogwarts from London’s Kings Cross Station, Platform 9 ¾ (which actually exists, by the way). Built full size, the train billows real steam from its engines. The whole thing is filled with compartments showcasing scenes from the various movies. Look for Hermione’s purse, Harry’s glasses, Ron’s sweater and other cool “artifacts” that dot the seats inside the train.

If you want to ride the iconic Hogwarts Express through Scotland, that's possible from April - Oct. each year.

About halfway through the tour, we rested our weary souls at a café for some lunch, and -- most importantly -- a taste of delicious butterbeer. It’s not a true visit with Harry Potter if there isn’t some butterbeer to quaff. It is enjoyable (and nonalcoholic, by the way). Pay the extra British pounds for the commemorative mug -- it’s worth it. There are three other dining establishments within the experience, too, so no one will go hungry.

It's fascinating to walk through a very large and detailed display of how the makeup artists created all those fanciful creatures in the films. Visitors can learn how they made Hagrid look so large and how actors were transformed into elves and other unsavories. Save time to see all the interesting behind-the-scenes secrets the filmmakers used to create the fanciful worlds that came to life in the films. Videos explain the secrets behind the magic without spoiling the artifice.

Diagon Alley is both mysterious and fun. More entertaining than scary, this area is as playful and fanciful as it is in the films. We took our time in this area so we could absorb all the details of each shop, from the wand store to the apothecary. This area's mind-altering perspective makes it appear longer and deeper than it really is. The buildings are colorful and aged, with windows full of wares you might expect to find inside the world of Harry Potter. There are lots of surprises in the alley too, but you will have to spy them for yourselves!

Getting Here from London

Keep in mind that the Making of Harry Potter at Warner Bros. Studios London is not actually in London, but about 20 miles northwest in a suburb easily reachable by tube and train. Once you navigate to the Watford station, there’s a motorcoach waiting to drive you to the studios just 10 minutes outside of town. Plan on spending a large part of your day at studios. There is so much to see and no reason to rush through it.

Tickets start at £45 for adults and £37 and go up from there if you add tours or VIP experiences. Tickets need to be purchased online in advance.

Traveling to London on Points

If you want to London and visit the Harry Potter Studios, the good news is that you can often find cheap flight deals to London from the US. The bad news is that using points and miles to get there can be surprisingly expensive at times because of the hefty airline taxes and fees that often are tacked on -- especially when departing the UK. But, you don't need to steal a flying car to get here. Check out our tips for flying to London using points and miles.

When it comes time to rest your muggle heads, the Park Plaza Westminster Bridge has family rooms available for four with one bed and a sleeper sofa for 87,500 points per night. Kids will love the indoor pool and the rucksack of goodies at check-in. See another eight family-friendly London hotels you can book with points.

Don't discount this Harry Potter attraction because it's outside of London. It's easy to get to and -- whether you're a Harry Potter fan or not -- you're sure to enjoy the magic created specifically for this franchise.

Looking for more Harry Potter travels? Here are some options:

Featured image by Colorful and mysterious Diagon Alley from the Harry Potter movies comes to life in London. (Photo courtesy of 2DadsWithBaggage)