Getting to Los Angeles on points and miles

Articles
Ethan Steinberg has been a frequent flier for as long as he can remember. He went from studying abroad in Paris to moving to Shanghai after graduating college, where he covered all things travel in the Asia-Pacific region for TPG.
Dec. 09, 2019
•
8 min read 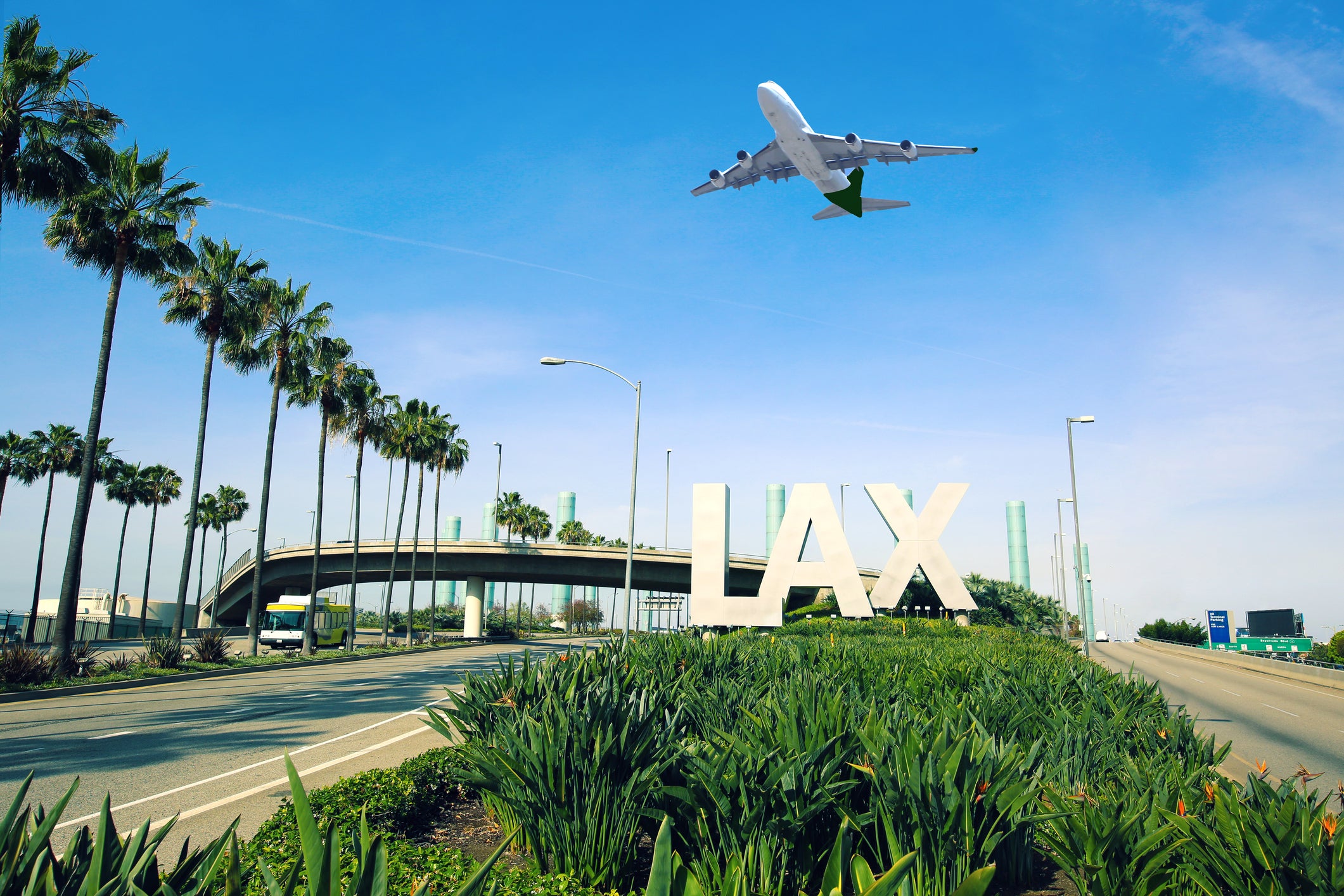 Los Angeles is a popular destination year-round, so today, we're going to take a look at the best ways to get there on points and miles.

Airlines that fly to Los Angeles

Every major airline in North America flies to Los Angeles. LAX is the only airport in the country that serves as a hub to all three legacy carriers: Delta, American and United. United's main West Coast hub is a few hours north in San Francisco (SFO), but the carrier still uses LAX for some of its longest routes to places like Melbourne (MEL) and Singapore (SIN).

Even so, United is only the fourth-largest airline at LAX by passenger volume. American and Delta are locked in a perpetual battle for the lead; American currently sits on top with about 20% of the market share. Southwest is third.

You'll find nonstop or one-stop flights from hundreds of airports across the U.S. to LAX. For example, passengers flying from Washington Reagan National (DCA) to Los Angeles can choose among Delta, American and Alaska for nonstops -- as well as Southwest and JetBlue if they're willing to take a connection. Even if you live in a smaller airport with less frequent service, you should be able to get to LAX with no more than one stop from almost anywhere in the country.

In addition to the big four airlines (the three legacy carriers and Southwest), you'll also find large presences at LAX from Alaska and JetBlue (watch for JetBlue flash sales), both of which offer an interesting mix of short routes along the West Coast and longer transcontinental flights. This is to say nothing of the dozens of international airlines that fly to LAX from nearly every corner of the world -- New Zealand, Dubai and many more.

Deciding on the best way to apply your points and miles toward a trip to L.A. will depend heavily on where you're starting from, but it can help to split up the puzzle into shorter flights and longer flights. For shorter flights, let's use the 90-minute hop from San Francisco to LAX as an example, because it's served by all five of the biggest airlines in Los Angeles. Here are some of the best ways to book this flight, both through the airlines operating the route and their partners, as well as the value of those miles, based on TPG's latest valuations.

The "as low as" qualifier for the legacy U.S. airlines reflects the fact that all three now use some form of dynamic pricing, which means if you're trying to travel on peak dates you might end up paying three, four or even five times more than the prices shown here.

The award rates for longer flights also vary a great deal, depending on where you're flying from. Dynamic pricing makes it even harder to pin down an exact number. If you're looking to book through one of the partner programs mentioned above, you can expect to pay about 13,000 miles for a one-way transcontinental flight, whether it's using British Airways Avios to fly American or Alaska, or redeeming Avianca LifeMiles for a flight on United.

Another option that you should always consider is paying with points, especially if the cost of the cash tickets is low enough. This one-way flight in regular economy (i.e. not basic economy) from Chicago (ORD) to LAX costs $126.30 but as a Chase Sapphire Reserve cardholder, I can redeem my Ultimate Rewards points for it with a 50% bonus. I'll only have to pay 8,420 points, and since this is a cash ticket I'll even earn miles and elite qualifying miles on the flight. Just make sure you don't accidentally book a basic economy ticket.

Paying with points is also the best way to experience one of the best premium products flying domestically. Airlines tend to put their best foot forward on the lucrative transcontinental routes between New York and Los Angeles, and by far the best premium class on this route is JetBlue's Mint class. Unfortunately, these flights tend to be pretty expensive when booking through JetBlue. If you opt to pay with points instead, not only will you save over 10,000 points but you'll earn miles on the flight as well.

Which airport should you fly into?

So far we've focused solely on LAX, but Los Angeles is home to other airports, including Orange County (SNA), Burbank (BUR) and Long Beach (LGB). If you have the choice, you may want to consider skipping the chaos and crowds of LAX and opting for one of these smaller airports instead. For starters, passengers taking an Uber or Lyft to/from LAX have had a rough go of it recently, as LAX has moved all ride-hailing services to the "LAX-it" lot, a dedicated pickup space near Terminal 1. Hopefully things will improve, but for now, this is a work in process with long wait times and frustrated passengers.

That's to say nothing of the traffic around LAX. Not only do you have to contend with regular city rush hour depending on when you're traveling, but the airport complex itself can get pretty backed up. Of course, not all passengers will have the ability to bypass LAX -- nearly all international flights, as well as most longer domestic routes, fly through LAX. This means that Los Angeles' other airports are primarily used for travel around the West Coast and for hub-to-hub flights (such as Delta flights to Atlanta or United flights to Chicago). You'll have to take a look at where in L.A. you need to get to after landing and decide which airport offers the right combination of good flight options, competitive prices, and easy access to your final destination.

With more than 87 million passengers a year passing through its doors, LAX ranks as one of the five busiest airports in the world. You can find flights to nearly every corner of the U.S. and in the world on plenty of different airlines. LAX is the only airport in the country that offers competitive flight options for all three of the major U.S. airlines, not to mention Southwest, Alaska and JetBlue as well. But you can't handle that many passengers without creating long lines, so if you're able to opt for a smaller L.A.-area airport, like Orange County (SNA) or Burbank (BUR), you might save yourself a lot of headaches by doing so.

Related stories
Here are the best Black Friday travel deals of 2022
Great deal: Book business class tickets at premium economy prices with this Avianca LifeMiles sale
Holiday gift guide: TPG’s 22 travel-friendly picks for 2022
Vail Resorts lift-ticket sales capped; buy your Epic Pass by Dec. 4
Featured image by Getty Images/iStockphoto
Editorial disclaimer: Opinions expressed here are the author’s alone, not those of any bank, credit card issuer, airline or hotel chain, and have not been reviewed, approved or otherwise endorsed by any of these entities.