What is a cruise ship muster drill?

Articles
Ashley Kosciolek has spent more than a decade writing about travel, with particular emphasis on cruises. Her favorite cities include London; Amsterdam; Krakow, Poland; Phnom Penh, Cambodia; Dawson City, Yukon; and anywhere known for outstanding pizza and theater. You can follow her daily exploits, both at sea and on land, on Instagram or Twitter @slyjabroni.
Follow
Aug. 09, 2022
•
6 min read 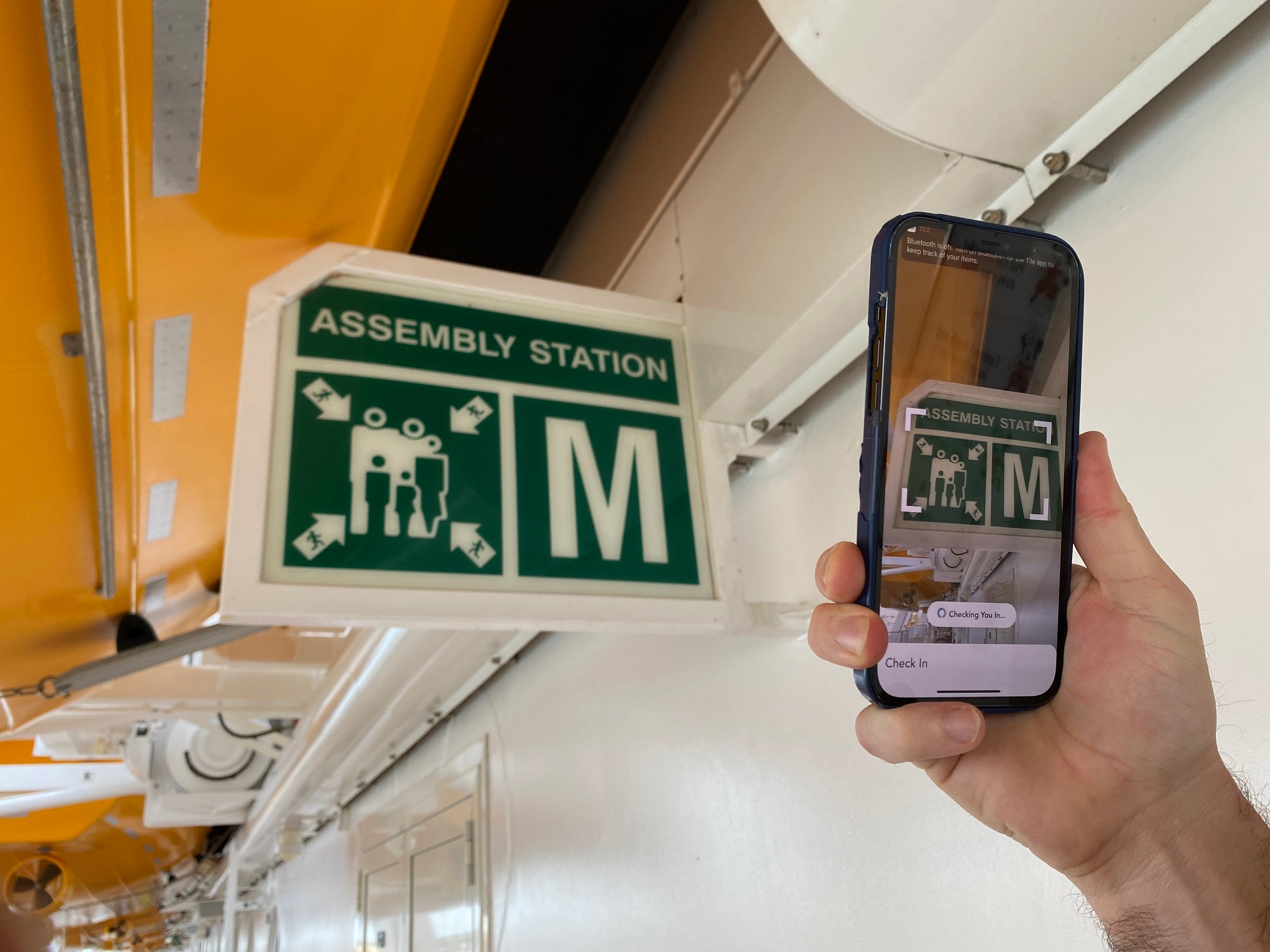 No, not "mustard." Muster. If you've been under the impression that this cruise ship staple involves condiments, listen up.

The mandatory muster drills — also known as cruise ship safety drills, safety briefings or lifeboat drills — serve to tell passengers all they need to know to stay safe on a cruise. They're the cruise ship equivalent of school fire drills.

True emergencies are rare at sea, but it's important for everyone on board to know what to do if an "abandon ship" order is given by the captain. That's where a muster drill is helpful.

What is a muster drill on a cruise ship?

Cruise muster drills are mandatory safety briefings that all passengers must attend before the ship is allowed to sail. This applies even if you have cruised before.

The purpose of a cruise safety drill is to familiarize you with your assembly station, where you will gather in case of an emergency. Each passenger is designated a station based on where their cabin is located, and each station has its own corresponding lifeboat.

During the drill, the crew will also tell you where to find your life jackets and demonstrate how to properly put them on in the event they're needed.

The captain is also likely to make some announcements to go over general safety rules for the vessel (don't throw anything overboard, don't smoke except in designated areas, don't run on the wet pool deck, hold handrails in rough seas, etc.) and demonstrate the emergency signal — seven short blasts, followed by one long blast on the ship's alarm system, which can be ear-splitting.

How are muster drills conducted?

For years, ships forced passengers to gather at the same designated time in large groups, either out on deck by their lifeboats or in an indoor space, such as the theater, casino or a lounge.

Since the COVID-19 pandemic created a need for social distancing, most big-ship cruise lines have developed virtual muster drills, which can either be watched on your cabin television or on your cruise line's mobile app within a certain time frame after you've boarded. (Check with your line for details.)

Despite those technological advancements, nearly all lines' ships still require you to report to your designated muster station to check in with crew members waiting there. Some will conduct a life jacket demonstation in person; others will simply verify that you've watched any required instructional videos. All will either scan your keycard or take down your name or cabin number to confirm you've done your due diligence.

Some lines conduct in-person drills where everything is done in real time. Others gather everyone to watch a video in the same place simultaneously, missing the whole point of developing video muster drills in the first place.

Why do cruise ships have muster drills?

Cruise ships are required to conduct muster drills for all passengers on board before they are allowed to set sail. The purpose is to familiarize passengers with safety protocols and demonstrate what they'll need to do in an emergency. Familiarizing them with the process ahead of time eliminates an unnecessary layer of chaos and panic in the unlikely event of an emergency.

In 1914, Safety of Life at Sea regulations were implemented following the sinking of Titanic in 1912. Those who are familiar with the tragedy will know that so many died because there weren't enough lifeboats on board. The senselessness of those deaths led officials to realize changes were needed.

SOLAS seeks to hold all vessels to a consistent standard of safety in an effort to avoid further loss of life in a similar situation. As such, the SOLAS rules have been amended many times. They originally stated that muster drills had to take place within 24 hours of sailaway.

In 2013, following the sinking of Costa Concordia in Italy, a new amendment was made. It went into effect in 2015 and declared that muster drills had to be completed prior to the ship's leaving the dock or immediately upon leaving, rather than within 24 hours of departure.

Related: 21 tips and hacks that will make your first cruise go smoothly

What happens if I skip the muster drill on my cruise?

If you fail to report to your assigned muster station by the cutoff time, your name and cabin number will be reported to the vessel's commanding officers, who will embarrass you by summoning you over the shipwide public address system.

It's likely that there will be a makeup drill conducted for those who missed it the first time around, but in severe cases, those passengers will not be allowed to sail and could either be forced to disembark before the ship leaves or to depart in the next port of call.

Featured image by A passenger checks in at his muster station onboard Disney Fantasy after completing the virtual muster drill on the Disney Cruise app. (Photo by Ashley Kosciolek/The Points Guy)
Editorial disclaimer: Opinions expressed here are the author’s alone, not those of any bank, credit card issuer, airline or hotel chain, and have not been reviewed, approved or otherwise endorsed by any of these entities.