6 cruise mistakes that will ruin your vacation in an instant 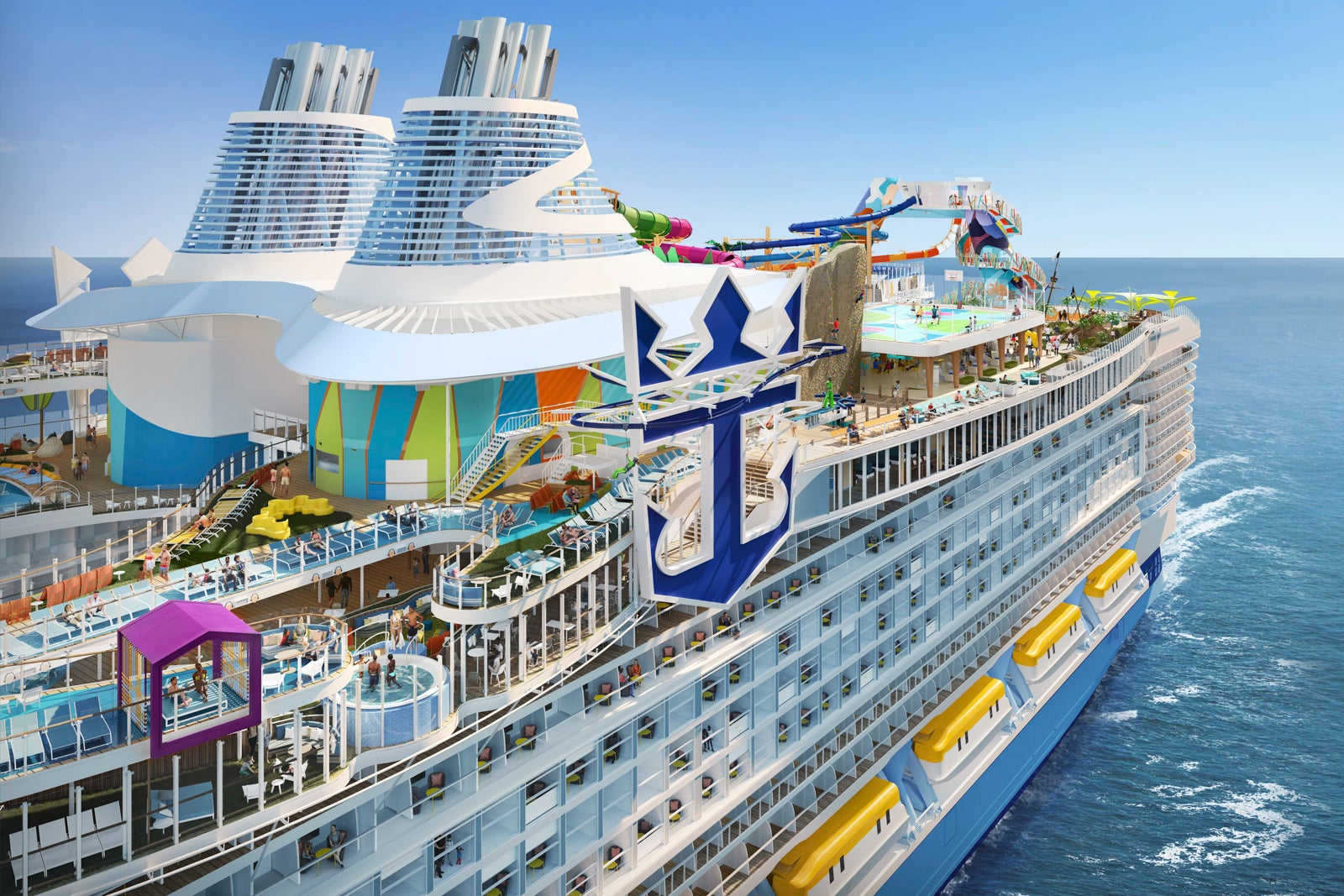 For the record, most cruises go swimmingly. You board a ship, you have a great time, you leave. End of story. But every so often, things do go wrong on a cruise. Sometimes they can go wrong for reasons beyond your control. But other times they can go wrong due to cruise-related mistakes that you make either in advance of booking a sailing or in the midst of one.

We’re not talking about the little mistakes that can take away from the cruise experience, such as overpaying for tours or forgetting key toiletries. We mean the really big cruise mistakes that you can make — the sort of mistakes that can end your trip and ruin your vacation in an instant.

For first-time cruisers wanting to be sure nothing goes horribly wrong on their first sailing, or even veteran cruisers looking for a refresher, here’s a look at the six cruise mistakes you absolutely do not want to make, lest you end up ruining your trip in a moment.

Forgetting your passport or other documents

If there is one mistake that will definitely ruin a cruise in an instant, it is this: If you show up for a cruise without the right documents, you will find yourself turned away before you even step foot on the vessel.

In most cases, the “right documents” start with a passport. In some cases, you can board a cruise ship without a passport, provided you have other government-issued identification and a certified copy of your birth certificate. But for the vast majority of cruise itineraries around the world, you will need a valid passport — and one that is at least six months away from expiration. If you don’t have one or forget to bring one with you to your ship, you will be turned away. And don't expect to get a refund for your cruise if you find yourself in this predicament.

Related: The ultimate guide to picking a cruise line

A passport isn’t the only document you might need. Depending on your cruise itinerary, you might also need visas to various countries that the ship will visit.

In addition, depending on what countries you are scheduled to visit on your cruise, you may need to show proof of specific vaccinations. If you're cruising to parts of Africa, for instance, you might need a yellow fever vaccine. In some parts of the world, proof of a COVID-19 vaccine still is required to cruise, though such requirements have been diminishing over the past year.

Not leaving enough time to get to your cruise

If you only follow one piece of advice in this story, it should be this: Always plan to arrive at your departure port a day ahead of schedule. It is the only way to ensure you won’t miss your ship — something that happens to cruisers more often than you would think.

Many cruises depart in the afternoon, so it might seem just fine to fly or drive to a port on the morning of departure. But all it takes is a moderate flight delay or a pile-up on the highway to upset such plans. If you’re delayed in your arrival at the port, the ship will not wait for you, and your trip will be at least partially ruined.

Related: 11 charges on cruise ships that will drive you nuts — and what to do about them

We say partially because, if your ship leaves without you, you might be able to “catch up” with it a day or two or three later in a different port. But even in this case, you’ll still be facing lost days of vacation, lots of added costs and untold amounts of stress.

Note that if you’re traveling overseas for a cruise, we recommend traveling to the port two or even three days in advance. This isn’t just so you don’t miss the ship. It’s also so you have some time to recover from jet lag. European cruises, in particular, can be port-intensive, with lots of touring, so you want to be ready to hit the ground running right after the cruise begins.

Call it a corollary to the above. It's a huge cruise mistake to miss the initial departure of your ship, but you also can ruin your cruise in an instant by missing your ship’s subsequent departures from ports that it visits during the voyage.

This can happen when you head off touring in a port on your own but don’t leave yourself enough time to get back to the ship before its scheduled departure.

This, too, happens more than you would think. I’ve been on quite a few cruise ships pulling out of ports where I’ve seen a frantic couple running down the pier waving to the vessel. They had timed their return to the ship just a little too close. In such cases, if the ship already has released its lines and started to pull away from the pier, even if it remains within shouting distance, it is unlikely to return.

Behaving badly on board

This should go without saying, but … do not start a fight on a cruise ship or act in other inappropriate ways that could get you flagged as a troublemaker. This slip in judgment could end with you put off the ship at the next port, however far away from home that might be. Recall, for instance, the case of the young Royal Caribbean cruiser who thought it’d be funny to leap into the water from his balcony on a cruise and post a video of his jump on Instagram (where, yes, it quickly went viral). He promptly was escorted off the vessel — and banned from the cruise line for life.

Things that can get you kicked off a ship in an instant include fighting with other cruisers, deliberately entering restricted areas on cruise ships, damaging cruise ship property and violating serious safety rules (see: jumping into the water from a cruise ship balcony).

If you do such things, you might not just get kicked off a ship — you also might be fined a significant amount of money. One big cruise operator, Carnival Cruise Line, for instance, recently implemented a policy to fine passengers up to $500 if they are caught fighting on a ship.

The bottom line is that captains of cruise ships have wide latitude to discipline passengers for inappropriate or unsafe behavior on vessels by removing them from the ship.

If you’re new to cruising, you may think the muster drill — the assembly at the start of a voyage where passengers are taught about safety on board — is a minor thing. You might think it’s something you can skip. Do not make that mistake.

Regulatory agencies such as the U.S. Coast Guard take the muster drill very seriously, and so do cruise lines. If you don’t attend one, you likely will be in violation of local laws in the country from which your ship is sailing and also breaking cruise line rules. At the very least, you will be forced to appear for a “make-up” muster drill on the day after departure that might very well overlap with one of your preplanned activities. In some cases, you even might find yourself put off the ship at the next port.

Bringing illegal drugs on board

One more verboten activity that can get you kicked off a cruise ship in a hurry is bringing aboard or consuming illegal drugs. In some destinations that cruise ships visit, you also might find yourself taken to a local jail and charged with serious crimes if you’re found to have illegal drugs in your possession while on a ship — even drugs that might be legal for you to possess back home.

Police in the popular cruise destination of Bermuda, for instance, have been known to raid cruise ships docked at its Royal Naval Dockyard in search of drugs that include cannabis and arrest passengers found in possession of them. This includes passengers who have legal prescriptions to use cannabis in their home countries. Cruisers in the past have been detained in Bermuda and fined thousands of dollars by Bermudian authorities for possessing even small amounts of cannabis.

Related: Can I bring marijuana on a cruise ship?

Note that when it comes to drugs such as cannabis, the laws that apply to possessing and consuming drugs while cruising are the laws of the places your ship visits, not your home country or state’s laws. If you’re in Bermuda on a cruise ship and have cannabis, you will be held to Bermuda’s laws on such possession, not your home state’s rules.

Related stories
Here are the best Black Friday travel deals of 2022
Great deal: Book business class tickets at premium economy prices with this Avianca LifeMiles sale
Holiday gift guide: TPG’s 22 travel-friendly picks for 2022
Vail Resorts lift-ticket sales capped; buy your Epic Pass by Dec. 4
Featured image by ROYAL CARIBBEAN
Editorial disclaimer: Opinions expressed here are the author’s alone, not those of any bank, credit card issuer, airline or hotel chain, and have not been reviewed, approved or otherwise endorsed by any of these entities.