How to book a round-trip business-class award to Europe for just 88,000 miles

Articles
Summer Hull , aka Mommy Points, ran the Mommy Points site for families who want to travel more for less using miles and points for seven years. She now heads up a variety of special projects at TPG when she isn't exploring the world with her own two girls.
Follow
Jan. 07, 2021
•
10 min read 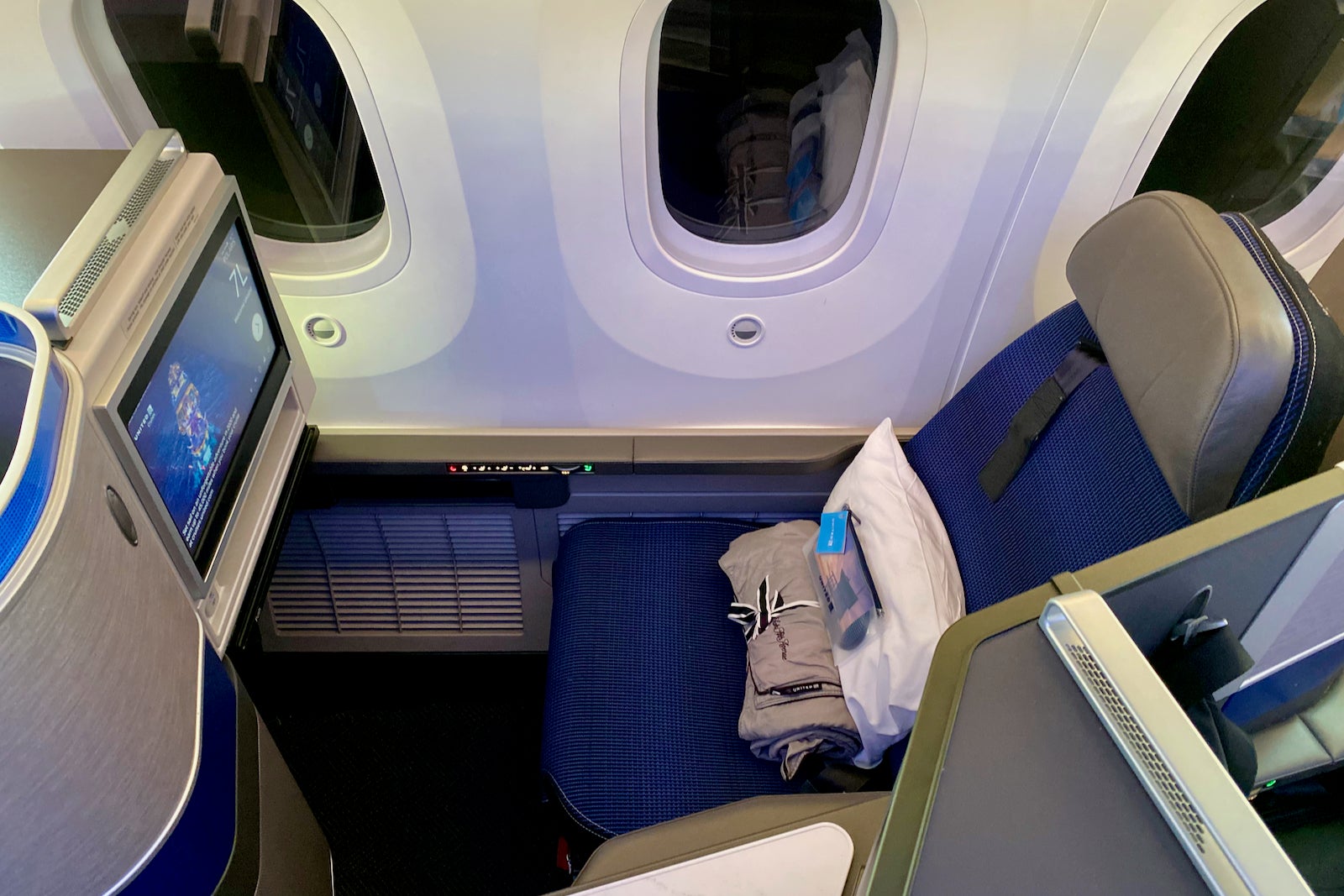 It's safe to say that, for most people, the holiday season didn't exactly go as planned.

My family visited with Santa on Zoom, barely saw anyone in person and we canceled all our trips planned for December and January.

So next holiday season, we plan to make up for it.

For more TPG travel news and tips delivered each morning to your inbox, sign up for our free daily newsletter.

While there are no guarantees about what the world will look like next winter, we're still aiming high -- all the way to Santa Claus Village above the Arctic Circle in Lapland, Finland.

Coming from Texas, that's going to be a long journey without a magical sleigh to whisk us away. So, we turned to the next-best trick in my bag: airline miles. They aren't flying reindeer, but points and miles can snag us lie-flat seats for our journey across the ocean so we arrived as rested as possible for the real-life reindeer awaiting us.

There are many hurdles to booking business-class award flights to Europe and back for a whole family. One of the biggest is the challenge of securing award availability and being able to afford three, four or more award seats. For availability, I had to rely on checking award availability obsessively (and a bit of luck). But affordability was more within my control by knowing a few award chart sweet spots.

Here's how we booked business-class awards from the U.S. to Europe and back for just 88,000 total miles, plus the cost of taxes and fees.

Maybe you've never heard of All Nippon Airways (ANA), but it's a fantastic Japanese airline that is in the Star Alliance (along with United, Air Canada, Lufthansa and others).

ANA is also a 1 to 1 transfer partner of the Amex Membership Rewards program, meaning it's entirely possible to earn and redeem points in the ANA frequent flyer program without ever flying an ANA-operated flight.

On the ANA award chart, you can fly from North America (Zone 6) to Europe and what they call "Russia 2" and back again for 88,000 miles in business class. If you want, you can even have a stopover (extra time in a city along the way) or an open-jaw (fly into one European city and depart from another) built into that same award price.

Considering that United MileagePlus wants at least 154,000 United miles for a round-trip partner award in business class from the U.S. to Europe and back, or at least 120,000 United miles for that same round trip award on a United-operated flight, paying just 88,000 miles by booking through ANA is a real bargain for a Star Alliance-operated award.

Still confused? That's OK. It will hopefully all click in a minute.

Since we live in Houston (a United hub city) and will be traveling with kids, our goal was to book nonstop flights in lie-flat seats.

The big package to Santa's Village in Finland actually starts and ends with flights from London, so that was my desired destination from the U.S.

This means the best option for us was booking United-operated Polaris flights from Houston (IAH) to London (LHR). Luckily, United business-class award availability is exceedingly good at the moment.

And since it would cost significantly fewer miles to book those award seats on United via ANA, rather than directly through United MileagePlus, that was the obvious plan. All we had to do was transfer American Express Membership Rewards points to my ANA account as soon as we found the availability we wanted. (Though keep in mind that these transfers from Amex Membership Rewards to ANA are not instant, and will take at least a day or two.)

ANA's website is relatively easy to maneuver and you can book partner awards online. You don't need any miles in your account to conduct searches, though you do need to be logged in, so you'll need to set up an account first.

As I mentioned, when booking an award, such as mine from the U.S. to Europe, ANA will allow both a stopover in Europe, as well as an open-jaw on the trip for the same 88,000-mile total.

This means I could have flown Houston to London (with a stopover for a few days) on to Frankfurt (and book transportation to the next city as an open-jaw) then from Amsterdam back to Houston for the same number of miles as just a simple round-trip between Houston and London.

That wasn't what I needed for this trip, but keep those tips in mind for a larger itinerary through a region if you want to see more than one city.

While we're talking about Europe, keep in mind that the taxes and fees added to the award will vary dramatically based on the countries you visit and where you depart.

For example, the U.K. charges hundreds of dollars in departure fees (but not arrival fees) in a premium cabin. A round-trip award flight from the U.S. to London and back in a premium cabin will cost almost $300 more per person in mandatory U.K. Air Passenger Duty fees than when flying out of many other countries.

If you're instead able to travel home from a location with lower taxes and fees, such as nearby Amsterdam, you can save hundreds of dollars per person.

When booking partner awards with ANA, you'll also likely want to avoid booking with carriers that pass along fuel surcharges. United does not have fuel surcharges, so it's a good carrier to fly when booking ANA awards. SAS and Air Canada are other carriers with lower fees to consider when flying on ANA miles to Europe.

But as you can see below, a Lufthansa-operated award from the U.S. to Europe and back in business class comes with a staggering $1,624 in taxes and fees.

Related: How to avoid fuel surcharges on award flights

Keep in mind that those are the standard welcome offers, but you may be targeted for a better introductory offer or find a better deal by checking CardMatch.

Related: How to choose the best American Express card for you

There are a few other quirks to booking partner awards via ANA.

You need to book flights at least 96 hours before departure and must book the flight as a round-trip award. You can also only use your miles for certain registered members added to your account. Additionally, miles are only valid until the 36th month after accrual (or transfer into the program), so don't transfer miles into your account without a plan.

But the modest quirks of booking awards on Star Alliance partners via ANA are not insurmountable by any stretch. If you have Amex Membership Rewards points available or decide to start earning those points now for a future award, the ANA program can be one of the most affordable ways to book many awards.

For us, these awards weren't just a good deal on paper -- they were an investment in hope. Hope that, by the time the holidays roll around once again, the world will be a much better place and we'll again have the luxury of international travel. Hope that, by the end of 2021, it will be safe to seek out once-in-a-lifetime family memories with Santa, reindeers, northern lights, and settle into some very comfy seats while crossing the Atlantic for just 88,000 points.