The best time to cruise to the Bahamas

Articles
Melinda Crow is a Texas-based freelance writer and guidebook author. From camping to cruising, she's been writing about travel for 30-plus years. Her first cruise was on Carnival’s second ship, Carnivale. She prefers shore excursions involving history, wine or wildlife.
April 26, 2022
•
8 min read 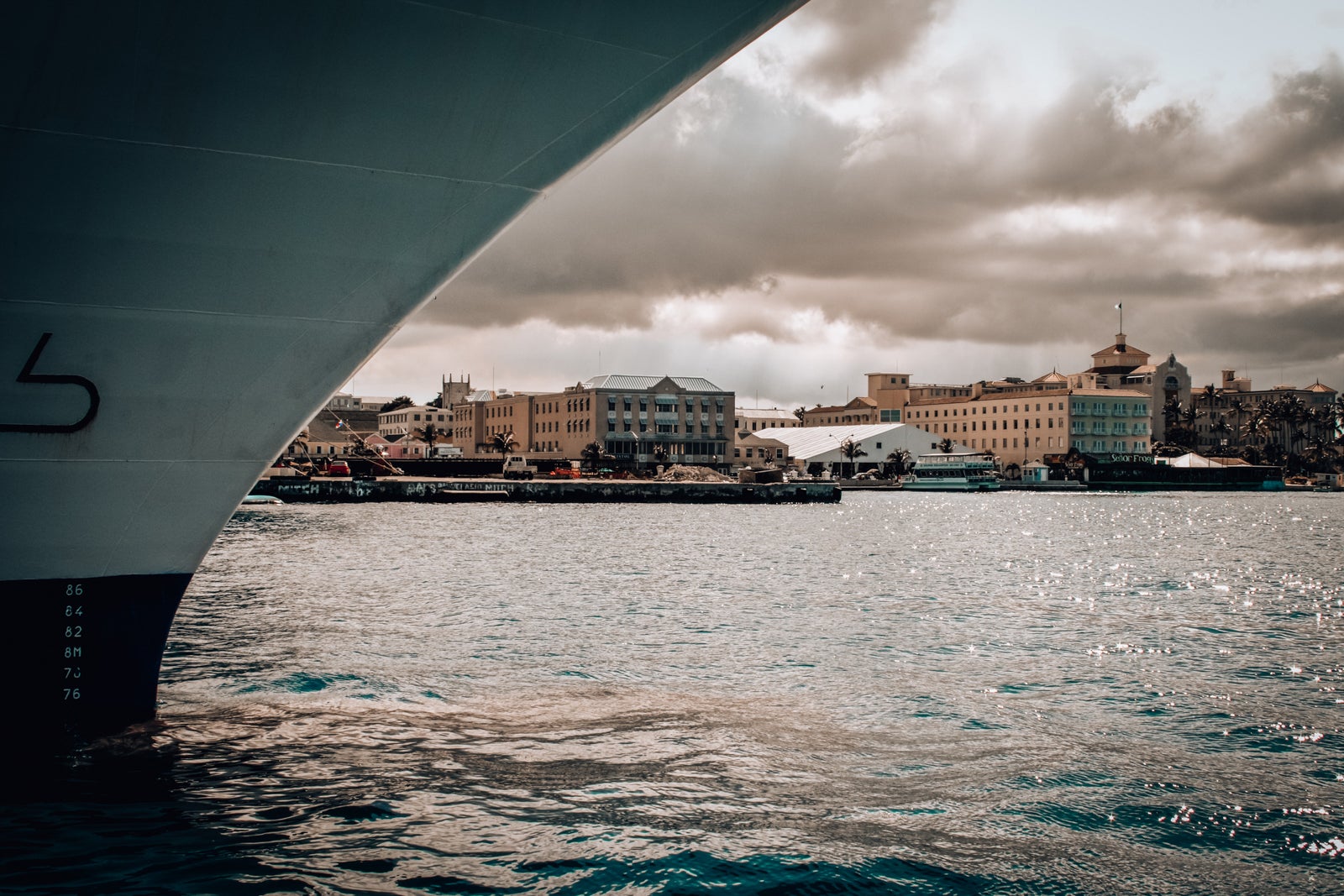 When is the absolute best time to cruise to the Bahamas? The short answer is that any time you can make it happen is the best time.

The long answer depends on what matters most to you. Are you going to play in the water? Are you averse to the risks of schedule changes or cancellations? Are you cruising to the Bahamas because it's cheap? Do you want a party atmosphere or peace and quiet? The answers to these questions will determine the best month or season for your Bahamas cruise.

Taking weather, price and crowds into consideration, I’m going with November as the best time to cruise to the Bahamas. Here’s how I came to that conclusion, though you might decide another month is the best time for you to sail away to the islands.

The best time based on weather

Though I found several blogs promoting January as the best month to cruise to the Bahamas, I personally have experienced chilly weather in the Bahamas in both December and January. Remember, the Bahamas are located in the Atlantic Ocean, not the Caribbean. They’re not truly tropical islands, and most are at more northern latitudes than Key West. Winter temperatures aren’t always balmy.

I've had two stops at private islands canceled due to strong winds and temperatures in the 50s and 60s. One ship I was on made an alternate stop at Freeport, which was still chilly, but at least it could dock. It was a wasted day for those hoping to enjoy water sports or the beach. Only the shoppers weren't deterred by the chill in the air.

Don't get me wrong, January is usually a wonderful time to cruise to the Bahamas, as long as you are prepared for the relatively rare cold front that blows that far south.

Related: Caribbean vs. Bahamas cruises: Which itinerary will I like more?

The months some cruisers tell you to avoid cruising to the Bahamas are during the peak of Atlantic hurricane season, which is August to October. But here's the thing about that – the cruise line isn't going to put you or their ship in harm's way.

Might they cancel your cruise or switch up your itinerary? Sure. But my own experience has been that outside of relatively rare hurricanes and tropical storms, the late summer and early fall months often bring calmer seas. In fact, the calmest seas I have experienced anywhere in the world were on a September cruise to the Bahamas, on which we enjoyed glassy calm waters the entire trip.

The best month to cruise the Bahamas, weather-wise, depends on your travel style. Are you stressed by the possibility of cancellations due to hurricanes or by port changes from unexpected cold fronts? Skip January, December, August, September — and maybe even October.

Are you only going on the cruise for water sports like diving, snorkeling or boating? Then rule out December and January.

Do you avoid high heat and humidity as if it were a plague? Then don’t book a cruise to the Bahamas in July, August or September.

The months we haven't mentioned are March, April, May, June and November. If weather is your biggest concern, those are the best months for you to hop on a Bahamas cruise.

The best time based on prices and crowds

It's no secret that cruises to the Bahamas can be cheap — but they are not always so. Here are the averages we found for price per person per night across the mainstream cruise lines along with what kind of crowd you can expect to find on board. Exceptions to these averages are always possible, especially on odd-length cruises like four- and five-night sailings.

The autumn months can be an ideal time to cruise the Bahamas if you’re looking for cheaper fares and fewer crowds – especially if you’re not bothered by the increased hurricane risk. (September 10 is the official peak of hurricane season.)

October tends to be the lowest-priced month to cruise to the Bahamas, with inside cabins averaging around $60 per person, per night. Ocean-view cabins are yours for an average of $75 per night, while balcony cabins are a bit higher, at around $85 per person per night. Even suites are a good deal. October sailings do not usually include very many children or college-age partiers, but the lower fares do attract working folks looking to let off steam, especially on three-night sailings.

September runs a close second to October, with fares averaging a few dollars higher per night. Expect a similar crowd. The shorter the cruise, the louder the party tends to get.

November before the holidays is perhaps the ideal time to cruise. We found the suites in early to mid-November average only $167 per night, with other categories running just slightly more than hurricane season rates. You can expect few children on board other than home-schoolers and preschoolers. With the holidays right around the corner, the ships often will be a bit emptier than usual, making for a quiet cruise.

Early December cruises cost only slightly more than November. If you love holiday decor (both on board and in the islands) and dressing up in holiday clothes, you can enjoy a relatively quiet cruise early in December. The later it gets, the more the crowd swells.

The absolute most expensive cruises to the Bahamas we found were during the week between Christmas and New Year’s, when you can expect to pay upward of $150 per person per night for an inside cabin, $165 for ocean-view cabins, $180 and up per night for balconies, and $400 and up per night for suites. This is max capacity time onboard. The best news for those looking for a floating holiday party is that you will find your people cruising this week.

January and February cruises to the Bahamas are almost always bargains, with inside cabins running around $75 per night, ocean-view cabins are a mere $85 per night, and balconies and suites averaging around $100 and $175 respectively. These are months between the holiday parties and spring break, so you can usually sit back and enjoy smaller, quieter crowds.

In March, April and May, you'll have to shop around for deals or hope for a last-minute special, but you can find lower prices if you look. March cruises will always include spring breakers of all ages, so expect children on board, just not as many as in summer.

You also might find yourself sharing a ship with a spring break party cruise charter in March. Even if your ship is quiet, the ports you visit might be filled with hordes of vacationing college kids, so be prepared for a lively crowd.

June, July and August cruise rates average around $90 per night for inside cabins, $100 per night for ocean-views, $120 and up for balcony cabins and $225 per night and up for suites. Ships will be loaded with families. Expect children of all ages and maxed-out onboard kids clubs. Fares typically start to fall toward the end of August when schools start back up and hurricane season kicks into gear.

The best time to cruise the Bahamas might vary per traveler, but feel confident that you can't go wrong with an island vacation, no matter which month you choose.

Related stories
17 ways to earn lots of Marriott Bonvoy points
Delta SkyMiles Gold Amex card review: Perfect for casual Delta travelers, now with a 65,000-mile offer
Quick Points: These award tickets are best to book at the last minute
21 pro budget travel tips expert travelers use all the time
Featured image by Getty Images/EyeEm
Editorial disclaimer: Opinions expressed here are the author’s alone, not those of any bank, credit card issuer, airline or hotel chain, and have not been reviewed, approved or otherwise endorsed by any of these entities.