Skip the Seaside and Visit These European Lakes This Summer

Articles
Lori Zaino is a writer for TPG and TPG UK covering travel, news, points and miles and more. She's been based in Madrid, Spain almost 15 years and is an expert in travel throughout destinations such as Europe, Southeast Asia and Africa.
Follow
Aug. 02, 2019
•
10 min read 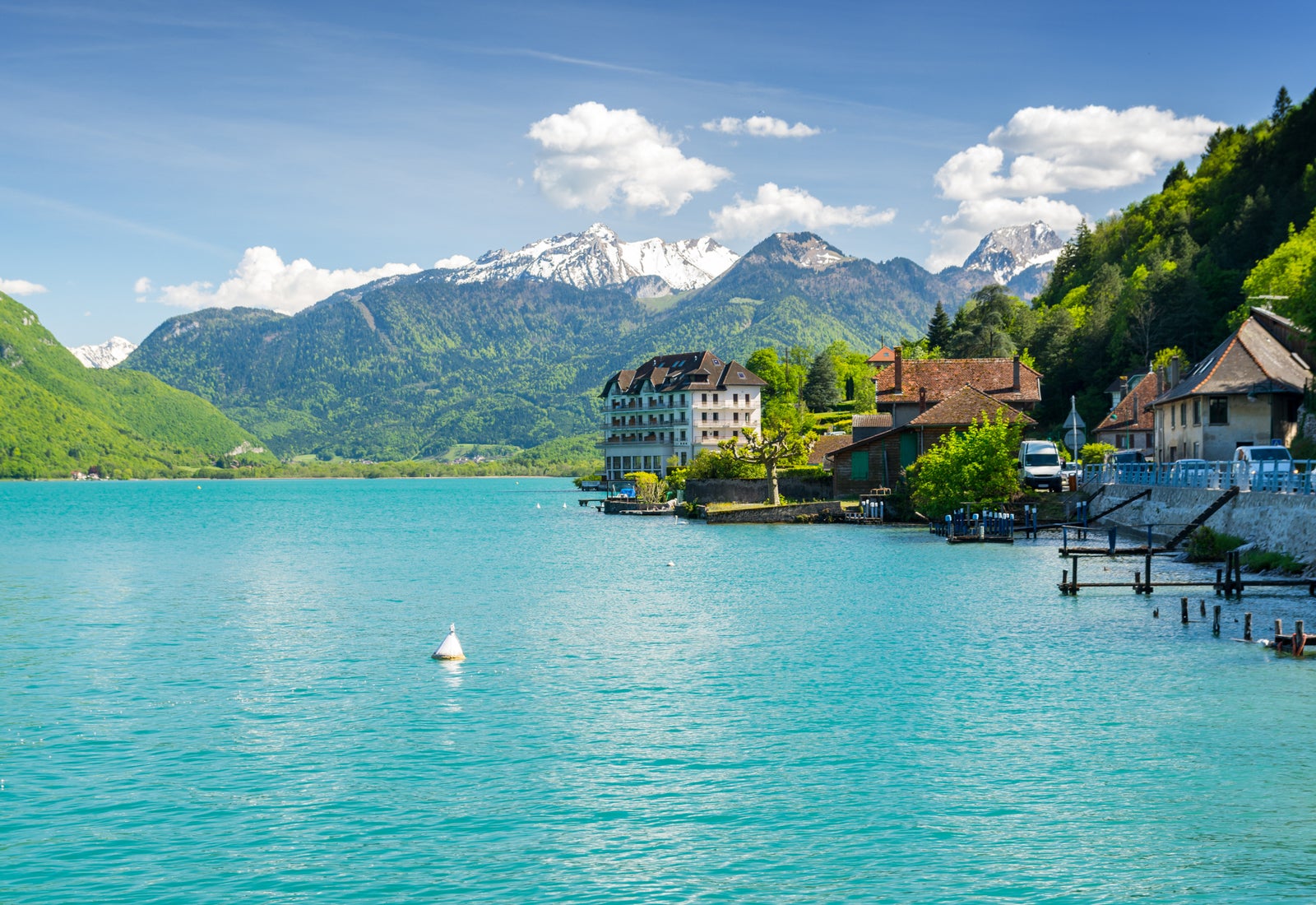 While visiting Spain's Mediterranean coast or one of Croatia or Italy's many islands may seem like the perfect summer activity, it also comes with a (very . high) price. Pretty much everyone else has the exact same idea, so summer is busy season. And the resulting hefty airfare, expensive hotels and crowded beaches may put a slight damper on your well-deserved vacation.

But there is an alternative. You can still cool off in Europe's refreshing waters, just not salty ones. Instead, head to one of the many lakes scattered around the continent. Some of them are famous, some lesser-known, but each is a freshwater paradise that may surprise, and even becoming your new favorite vacation spot.

Lake Como and Lake Garda get all the attention, but the more obscure Lake Iseo is a hidden gem. Delightfully less pretentious and significantly less crowded than the other lakes in the region, Lake Iseo's shores span charming villages along Northern Italy at the foot of the Alps, all with a slightly Swiss feel as you inch toward the border. Fork over a few euros to ferry over to Monte Isola, where you can rent bikes and pedal around the car-free island, stopping to swim in the cool water or indulge at one of the local fish restaurants. Combine your lake trip with wine tasting in the nearby Franciacorta region, which produces sparkling wine using the Champagne method.

Getting There: Use Avios to fly British Airways to Milan Malpensa (MXP). Once in Milan, rent a car to explore the region or take the train.

Set deep inside the Picos de Europa National Park, the lakes of Enol and Ercina are some of the most picturesque in all of Europe. Keep your eyes peeled for cows on the precarious drive weaving through the mountains to get there. The two lakes, which are framed by snowcapped peaks, are just a few of the highlights of the national park, which is also home to the famous pink Santa Maria church swirled in fog on a hilltop and the sacred cueva (cave), where the Virgin Mary was reportedly spotted during a battle in the year 722. Once you've admired the sights, dig into some hearty Asturian cuisine, like fabada — a bean stew with chorizo — or a wedge of the region's more than 50 different types of cheese.

Getting There: While there aren't any direct flights from the US, you can fly to Oviedo (OVD) via a short layover in Madrid (MAD) on either Iberia or British Airways. From there, Covadonga National Park is about an hour-and-a-half drive from the city.

One of the more touristy lakes on the list, Lake Bled in Slovenia has been growing in popularity over the past few years, which is no surprise when you see its sparkling turquoise hue and picturesque medieval castle rising from the lake on a small, wooded island. Surrounded by craggy mountaintops and green hills, the best aerial view of Lake Bled be found after a hike up to Mala Osojnica. Pick up some locally made schnapps (try flavors like blackberry or cherry) to pair with some sausage sandwiches and have a Slovenian picnic along the shore. If you still haven't gotten your fill of freshwater, drive 40 minutes west to Lake Bohinj, a quieter lake surrounded by mountains.

Getting There: British Airways will be flying a new seasonal route from London Heathrow (LHR) to Ljubljana (LJU) twice weekly through Sept. 2, so fly first to London, and then connect on to Ljubljana. Plan to spend a few days exploring Ljubljana and then drive 45 minutes to Lake Bled.

For quintessential Austrian charm, head to the village of Hallstatt bordered by the the eponymous lake. Both the town and the lake are flanked by the Salzkammergut Mountains, a range of the Northern Limestone Alps. The town of Hallstatt is a UNESCO World Heritage site and known for its nearby salt caves. The town is car-free in the summer months, making it an ideal place to enjoy a leisurely stroll followed by an energizing swim in the lake. The region is also popular for biking, hiking and rowing. Make sure to dine at some of Hallstatt's restaurants to sample Austrian wines and fresh-caught lake trout.

Getting There: Since you can't fly direct from the US to Salzburg, you can connect through cities such as Frankfurt (FRA), Istanbul (IST) and Vienna (VIE). Once there, drive an hour and a half to Hallstatt.

Take your pick from 16 different lakes at the UNESCO World Heritage Site and national park of Plitvice Lakes. With over 100 square miles of forest in addition to the lakes, there's plenty of space to hike, cycle and view the almost Crayola-like blue-green hues of the lakes, some of which cascade into waterfalls. Just be warned: This is not a crowd-free destination, especially during the peak summer months. If you really want to get deep into the outdoors, there are places to camp nearby that can offer a respite from other tourists. Although it's forbidden to swim in the lakes, you can drive a few miles north to the Korana River, and dive into its inviting waters.

Getting There: American Airlines just launched a direct seasonal flight from Philadelphia (PHL) to Dubrovnik (DBV), but that's still a ways away from the falls. Our best tip is to fly to Zagreb (ZAG) with a connecting flight in Europe — such as Madrid, London Heathrow or Paris (CDG). Once in Zagreb, the Plitvice Lakes are about a two-hour drive away.

You don't have to go to a remote corner of the continent to enjoy a European lake vacation this summer. Visit the UK's Lake District to enjoy an invigorating swim in the crisp waters of Windermere. The largest lake in Cumbria’s Lake District National Park, Windermere is known for being one of the best spots in the UK for boating and water sports. Of course, the Lake District got its name for a reason -- it has 16 lakes in total, so its easy to find one that fits your fancy. The whole area is also known for its family-friendly spots such as the Lakes Aquarium, The World of Beatrix Potter and a variety of castles and farms.

Getting There: The closest airports to the Lake District are Manchester (MAN) and Glasgow (GLA). A direct train runs between Windermere and Manchester.

Spanning both Switzerland and France, Lake Geneva is one of the most popular and largest lakes in Central Europe. The Swiss side is especially interesting if you like wine. The Lavaux vineyards, considered a UNESCO World Heritage site as they date back to Roman times, follow along the banks of the lake for almost 20 miles. The cities of Geneva and Lausanne border the lake, so it may be difficult to decide where to call home during your lake visit. We recommend seeing both if you have the time. And don't miss a visit to the 13th-century Chillon Castle in Montreux, which juts out into the lake's clear blue waters.

Getting There: You can fly direct from New York-JFK, Newark Liberty International (EWR) and Dulles International (IAD) in Washington, DC to Zurich (ZHR).

Lake Annecy has a number of beaches and grassy spots where you can enter the lake to swim or participate in many different types of water sports. It's also possible to hike in the area or cycle around the lake. Make sure to cross the Pont des Amours, or the love bridge, with your significant other. Rumor has it if you cross the bridge together, you'll end up together forever. Another spot for romantics, the medieval town of Annecy is dubbed the "Venice of the Alps" for its canals lined with colorful buildings and homes. Explore the castles and villages along the lake and throughout the region, and don't forget to eat raclette, a melted cheese common in France and Switzerland. For more lake fun, you can also drive over to the nearby Lake Bourget in under an hour.

Getting There: Flying into Geneva, Switzerland (GVA), puts you only an hour drive away from the lake. You can also fly to Lyon, France (LYS), though the drive is closer to two hours.