Articles
Brian Biros spent most of the last 15 years backpacking through 100+ countries. He writes TPG's Points & Miles Backpacker column, so you'll more likely find him in a hostel than a Ritz, if you can find him.
Follow
May 03, 2019
•
5 min read 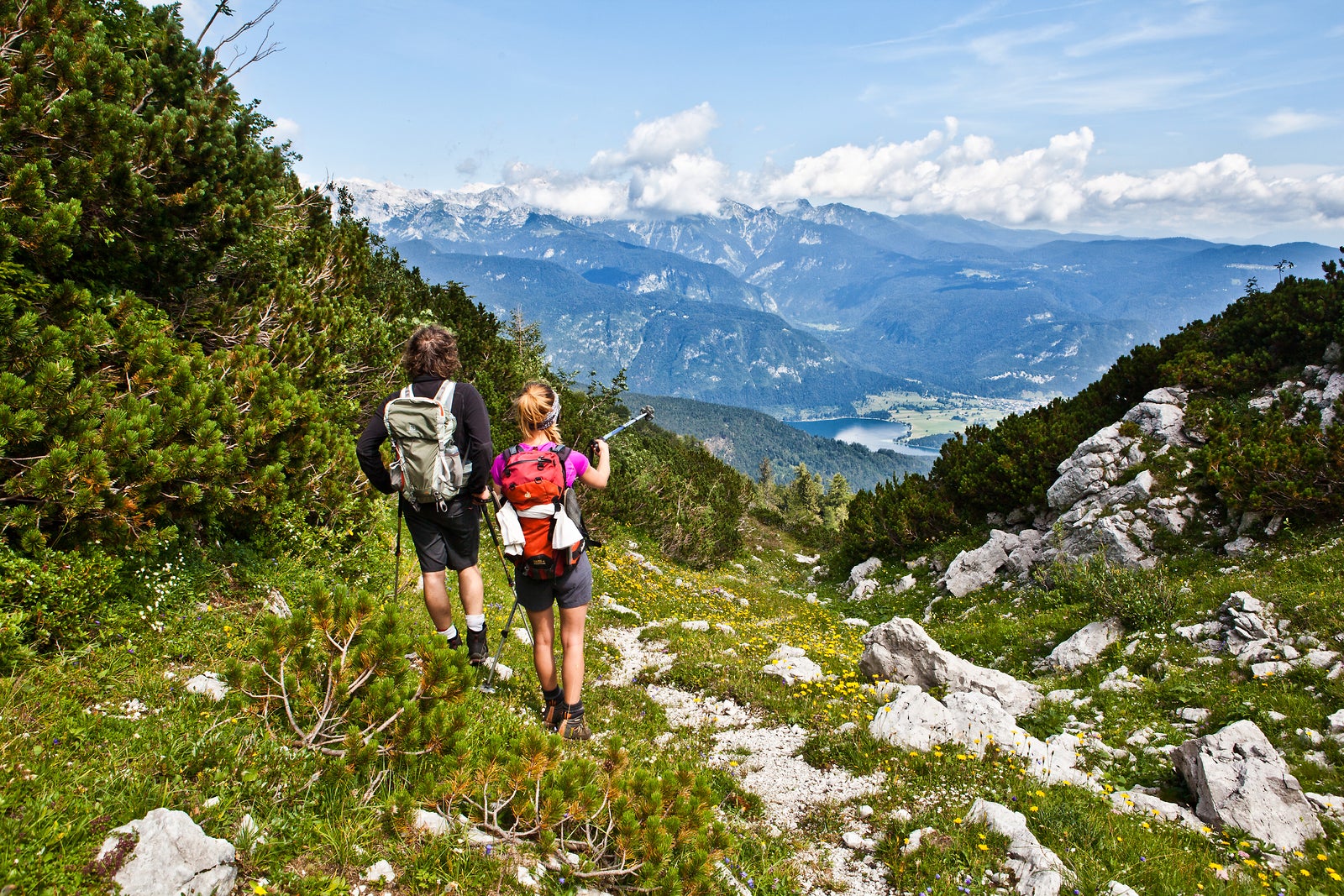 Slovenia Just Opened a 186-Mile Hiking Trail With Stunning Views of the Alps
This post contains references to products from one or more of our advertisers. We may receive compensation when you click on links to those products. Terms apply to the offers listed on this page. For an explanation of our Advertising Policy, visit this page.

Long-distance hikes such as the Pacific Crest and Appalachian trails have long been popular with backpackers in the US. And ambitious mountain treks, like those in the Himalayas, also attract adventure seekers and nature lovers from across the globe. But multiday hikes have recently become much more mainstream, thanks in part to the movie "The Way," where a father completes the pilgrimage that took the life of his estranged son. Called El Camino de Santiago, the historic route from France to Spain featured in the film exploded in popularity following its 2010 release.

To exploit the increased popularity in trekking, some countries have begun piecing together short trail fragments into official, long-distance treks — just as Jordan did with their 40 day, 400-mile Jordan Trail. This year, Slovenia is establishing its own.

Called the Julian Alps Hiking Trail, the network of pathways covers 186 miles in northwest Slovenia and takes 16 days to complete. It circles Slovenia's highest peaks in Triglav National Park and traverses its most beautiful terrain. Trekkers will see remote villages and untouched wilderness, but also pass through some of Slovenia's most appealing cities, including Bled, Bohinj and Bovec.

The Julian Alps trail is now officially accessible, though, "They are still in the process of finalizing some of the trail markings," a spokesperson told The Points Guy. An authorized trail map won't be available until the end of June, but I pieced together the route using Google Maps and the cities listed online. Note that this is only a rough outline, as not all the hiking trails are available in Google Maps.

The 16 sections of the circuit are each roughly 10 miles in length. Starting in the town of Rateče, on the border with Italy, the trek heads east, following rivers and snaking through valleys and villages with impressive views of the Julian Alps. It passes though the fairytale town of Bled and along its lake before ascending into Triglav National Park and by the famous Lake Bohinj.

The trail continues through villages that are as much fun to pronounce as they are to see, such as Stržišče and Znojili (good luck!). It then continues along the Soči River past a pair of beautiful waterfalls to the adventure sports town of Bovec. The final leg takes you past a fortress, over a pass and through an old Italian mining town before returning to Rateče.

Hiking 186 miles over the course of 16 days may sound daunting, but the trail has been strategically divided into sections so pieces of it can be completed independently, making it more accessible to families or travelers with less time.

Some sections are even close to public transportation so that, at their completion, you can ride back to the starting point. Others have circular paths that loop back to the start without any backtracking. These options make it possible to hike portions of the Julian Alps trail as an easy day trip.

Food and lodging is available between each stage, too. Therefore, it's not necessary to pack camping equipment or two weeks' worth of meals.

Slovenia is already one of my favorite countries in the region and a TPG featured destination for 2019. Now, there's yet another reason to put the central European nation at the top of your travel to-do list.