What's the Best Disney World Hotel for Your Points Program in 2018? 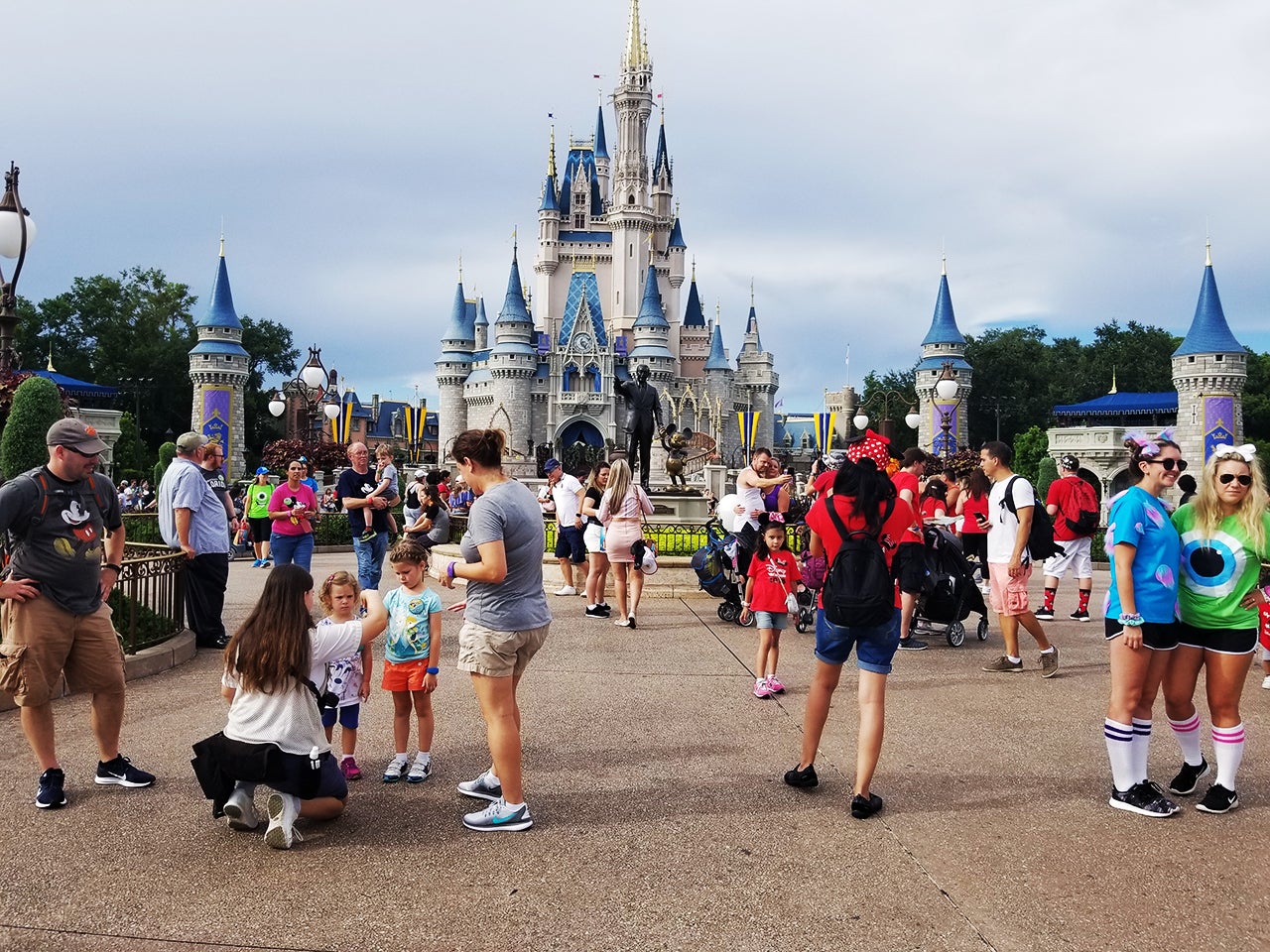 Not every family has points in every program, so it's not unusual for you to be basing where you stay near Disney World on what hotel loyalty program you have the most points in. And naturally that's a strategy TPG can really get behind.

So we looked at all the major hotel chains with loyalty programs that had lodging within a 20-minute drive of Walt Disney World Resort and came up with a select few winners for whatever points you might have. Here are the best area hotels within each major loyalty program. For the overall rankings of points hotels near Disney, read our main story on "The Best Points Hotels Near Disney World in 2018."

The Best Western chain has a handful of points hotels within a 20-minute drive of Disney World. The best bet is the Best Western Lake Buena Vista - Disney Springs Resort Area. It's in Disney Springs, which means you'll get Extra Magic Hours and more time to make your FastPass+ selections.

You can only book an award night 100 days prior to check-in with Choice, and the chain uses variable award rates, so we tested Christmas dates.

The highest-scoring Choice Privileges hotel in our study was the Quality Suites Lake Buena Vista, which cost 16,000 points per night during Christmas break for a six-person room with two queen beds and a sofa bed. It's a basic hotel with free parking and a free shuttle to Disney World.

Hilton Orlando Lake Buena Vista - Disney Springs Area: 50,000 Hilton Honors points for standard availability to as low as 35,000 points, worth $210 to $300 based on TPG’s valuations

The overall best two hotels in our overall 2018 rankings were both Hilton properties — in fact, five of our top 10 points properties were from the Hilton Honors family. The two Homewood Suites in the top 10 include free and full hot breakfasts, extra space for families and free shuttles to Disney World. They're not the most glamorous hotels, but they get the job done, especially when you expect to be at Disney World most of the day.

You can earn more Hilton Honors points with the chain's many cobranded credit cards. The welcome bonus on the Hilton Aspire card alone would provide enough points to stay multiple nights at either of our top-ranked properties. Hilton also allows you to pool points with friends and family, so you can strategize to get a fifth award night free.

You can also transfer Amex Membership Rewards points from cards like the Amex EveryDay® Credit Card from American Express to Hilton Honors at a 1:2 ratio.

The Staybridge Suites Orlando at SeaWorld: 25,000 IHG Rewards points, worth $150 based on TPG’s valuations

The Staybridge Suites Orlando at SeaWorld is a standard Staybridge that checks the boxes for family-oriented amenities. Despite its somewhat lower ranking, we're partial to the Holiday Inn Resort Orlando Suites Waterpark, which gives guests free access to the hotel waterpark.

Those using the IHG Rewards Premier Card automatically get each fourth consecutive award night free. At each account anniversary, you also get a free night certificate good at any IHG property that charges 40,000 points or less for an award-night stay. The IHG Rewards Premier Credit Card also currently offers 100,000 bonus IHG Rewards points after spending $3,000 in the first three months after opening your account.

The Loews YouFirst loyalty program goes away in early December 2018, which may mean no more free award nights for frequent Loews guests. That said, there are beautiful Loews hotels around Universal Studios, including the brand-new budget Universal's Aventura Hotel. The family suites at this property are among the best uses of space we've seen for families. It's a 20-minute drive from Disney World, but may work well for a vacation to both theme parks.

The Courtyard Orlando Lake Buena Vista at Vista Centre costs 17,500 Marriott Rewards points per night (compared to 50k for the Swan and Dolphin), is near the parks, has a free shuttle and represents a solid overall value.

There are a variety of Starwood and Marriott Rewards cards to jumpstart your Marriott account balance, and many include annual certificates worth 35k or 50k points after your first account anniversary.

The information for the Marriott Rewards Premier Business Credit Card has been collected independently by The Points Guy. The card details on this page have not been reviewed or provided by the card issuer.

The Radisson Hotel Orlando-Lake Buena Vista doesn't have much in the way of amenities and perks, but you'll get a decent value for your points and a free shuttle to Disney World.

Hyatt Regency Grand Cypress: 15,000 World of Hyatt points, worth $270 based on TPG’s valuations

Five of the six Hyatt hotels in the Disney area ranked highly, and four were in the top 25. The Hyatt Regency Grand Cypress is close to Disney World and has a good pool with waterslides and other fun features. Add in a solid club lounge with breakfast and dinner options, as well as the occasional upgrade for elites, and the Hyatt Regency Grand Cypress should be on the radar for families with Hyatt elite status or enough points to book club rooms.

The World of Hyatt Card awards a total of 60,000 points in possible sign-up bonuses, as well as an automatic Category 1-4 award at each anniversary and an additional Category 1-4 award with $15,000 in spending on the card in a cardmember year. You can apply for the World of Hyatt Credit Card and earn 60,000 bonus points after $3,000 on purchases in the first three months, and an additional 20,000 points if you spend a total of $6,000 in the first six months.

Wyndham Rewards has two properties in the top 15, a solid showing for a smaller chain. The Wyndham Bonnet Creek Resort stands out for great in-room amenities like kitchens and washer/dryers, a fun collection of pools and its proximity to Disney. It's a fun option for a flat 15k points per night.

The Wyndham Visa has welcome bonuses that fluctuate from 30,000 to 45,000 points during the year.

Want to read more about Disney parks around the world? Check out our other Disney guides...

Related stories
Chasing elite status on Alaska Airlines? A flight to California this fall could help
Flights to Auckland starting under $700 round-trip
The ultimate guide to earning elite status with United cards
American Airlines forgot it had landing slots at JFK. Then it lost some of them
Featured image by (Photo by @marn123424 via Twenty20)