The 5 best cruise lines for romance 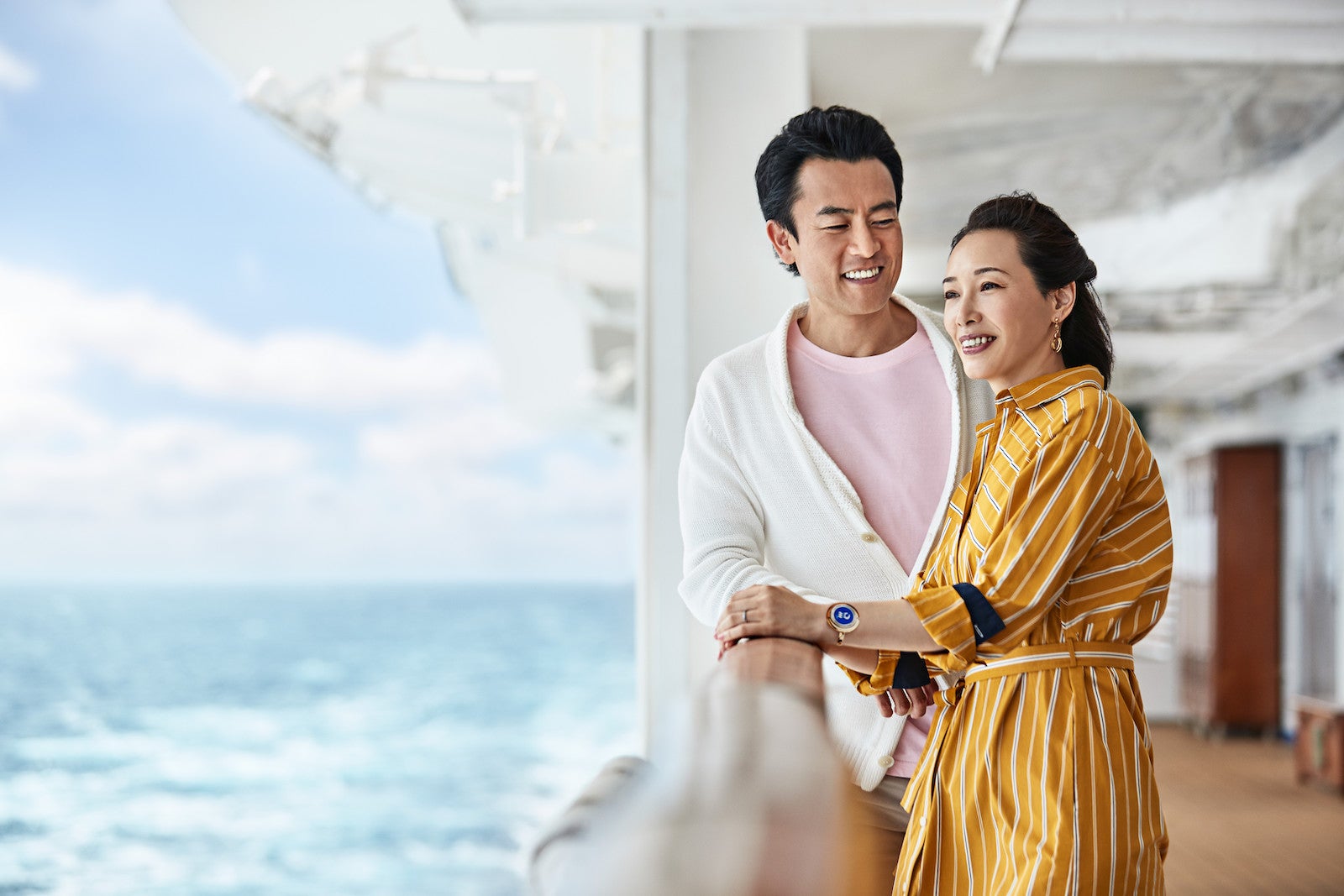 One might argue that just about any ocean cruise could qualify as a romantic getaway.

No matter where an ocean ship takes you, it will get you out onto the open water, where the panoramas are sweeping, the waves are mesmerizing and the sunsets are sublime. What could be more romantic than that?

But there are some lines that specialize in the sort of cruises that take things to a higher level. You’ll cruise on ships that exude romance, with incredible amenities (think: pampering spas with couples treatments and special balcony dinners for two) or their very design (for romance, we’re particularly fond of the sailing ships that several small lines operate).

These also are lines that will take you to the ultimate romantic hideaways, such as the warm and breezy volcanic islands and atolls of the South Pacific.

In general, if you’re looking for the ultimate in romance at sea, we recommend the cruising world’s smaller, more intimate vessels, where you’ll usually find a more personal experience than what you’ll get on a big ship. Smaller vessels also cater more to couples and draw fewer families with children. If you’re out for a relaxing romantic getaway, the last thing you want is a bunch of marauding tweens taking over the pool deck and hogging the hot tubs.

For romance, we also recommend sticking to vessels that offer cabins with private balconies (the bigger the better, in case you want to arrange a romantic private outdoor dinner for two) and spacious, luxurious bathrooms.

Ready to start dreaming about a future romantic cruise? Here are five lines to know.

This little one-ship line punches way above its weight when it comes to offering romance at sea. For starters, it operates all its sailings in the South Pacific, which is an iconic destination for romantic getaways.

Its single vessel, the 332-passenger Paul Gauguin, is all about pampering. Upscale and intimate, the ship offers spacious cabins (a large portion of which have balconies), an expansive spa, three restaurants that cater to couples with lots of tables for two, and the superior service that comes from a high ratio of crew to passengers.

A huge portion of Paul Gauguin Cruises' customer base are couples, often on honeymoons or celebrating anniversaries.

Based in Tahiti, Paul Gauguin’s single ship offers a mix of itineraries in the region, including a classic seven-night voyage that takes in such iconic South Pacific islands as Huahine, Bora Bora and Moorea.

The details: Seven-night Tahiti and the Society Islands sailings with stops at Huahine, Bora Bora, Moorea and Taha’a start at $3,970 per person, based on double occupancy, including flights between Los Angeles and Tahiti. For more information, call 800-848-6172 or visit pgcruises.com.

Is there anything more romantic than slicing through the sea under the power of the wind alone? That’s the big allure of a voyage on the three vessels this small line operates — Royal Clipper, Star Clipper and Star Flyer.

All three of the ships are majestic sailing vessels of a size you probably didn’t know still existed. The crown jewel of the fleet is the 227-passenger Royal Clipper, one of the largest sailing ships built over the past century. Boasting five masts and 42 sails, it’s a true clipper ship styled like those that famously sped across the world’s oceans in the 1800s. But don’t worry: It’s nowhere near as rustic as, say, The Black Pearl from “The Pirates of the Caribbean.”

Built just 20 years ago, it offers an interior that’s as modern as its exterior is old-fashioned, with such creature comforts as cabins with marble-clad bathrooms, a spa and three deck-top pools.

Star Clippers is best known for its trips in the Caribbean, where it offers the romance of sailing between many of the region’s less-visited islands.

The details: Seven-night Caribbean sailings out of Antigua, Barbados and St. Martin start at $2,110 per person, based on double occupancy. For more information, call 800-442-0551 or visit starclippers.com.

There’s a reason they call this the Love Boat line. Long known for its connection to the famed 1980s television show about romance at sea (which was filmed on a Princess Cruises ship), the Los Angeles-based big-ship operator has made catering to couples celebrating weddings, vow renewals and anniversaries one of its specialties.

The line markets heavily to people marking such milestones with special packages and programs. It’s also a huge player in the market for destination weddings at sea, with a division that will help you arrange a ceremony on board or at an exotic location on land during a port call.

Among little touches, Princess will help you set up a Celebration Registry where friends and family can honor your milestone with contributions to the cost of cruise activities and other items of interest.

Princess was, notably, the first cruise line to host weddings on ships, offering ceremonies officiated by the ships’ captains hosted in onboard chapels.

The details: Seven-night Caribbean cruises start at $439 per person, based on double occupancy. For more information, call 800-774-6237 or visit princess.com. (The line also has a dedicated Celebrations support team for those celebrating milestones on ships that is reachable at 855-500-7960.)

If sleeping under the stars while sailing in the middle of the ocean piques your interest, you’ll want to take a look at this small, two-ship line, which is known for wonderfully intimate, upscale voyages in the Caribbean and Europe.

Among SeaDream’s more romantic offerings are the Balinese daybeds located in private nooks atop its yacht-like vessels that offer the chance to spend a night under the stars.

Related: A beginner's guide to picking a cruise line

Once you sign up for one of the overnights, the crew will spring into action, setting up the daybeds, which are designed for two, with sheets, pillows and blankets. Then they’ll disappear to leave you alone with just the stars and the waves as your backdrop.

The two SeaDream vessels — SeaDream 1 and SeaDream 2 — are among the smallest cruise vessels at sea, with just 56 cabins apiece. They hold up to 112 passengers.

The details: Seven-night Caribbean sailings out of such islands as Barbados, St. Lucia and St. Martin start at $3,199 per person, based on double occupancy. For more information, call 800-707-4911 or visit seadream.com.

Windstar Cruises is another line that offers the romance of cruising on a sailing ship. Like Paul Gauguin Cruises, it’s known for romantic getaways in the South Pacific.

A specialist in small-ship cruises, Windstar has six vessels in all, three of which are sailing vessels. Of those, one — the 148-passenger Wind Spirit — is based in the South Pacific year-round, offering a mix of seven- to 18-night sailings out of Tahiti.

Offering an experience distinctly different from the one available on the Paul Gauguin, Wind Spirit harnesses the warm South Pacific trade winds to glide short distances between such iconic French Polynesian islands as Moorea and Bora Bora. But like Paul Gauguin, it’s a magnet for honeymooners and couples celebrating anniversaries and other milestones.

Related: You now can book a cabin in a Windstar crew area

For travelers seeking a romantic getaway, there are few sailings more appealing.

Windstar in recent months has deployed a second vessel, the motor yacht Star Breeze, to French Polynesia on a seasonal basis. It will operate in the region through March 2022.

The details: Seven-night French Polynesia sailings on Wind Spirit start at $2,399 per person, based on double occupancy. For more information, call 800-258-7245 or visit windstarcruises.com.

Featured image by (Photo courtesy of Princess Cruises)
Editorial disclaimer: Opinions expressed here are the author’s alone, not those of any bank, credit card issuer, airline or hotel chain, and have not been reviewed, approved or otherwise endorsed by any of these entities.