Why visiting Europe in fall is perfect for families

Articles
Lori Zaino is a writer for TPG and TPG UK covering travel, news, points and miles and more. She's been based in Madrid, Spain almost 15 years and is an expert in travel throughout destinations such as Europe, Southeast Asia and Africa.
Follow
Aug. 23, 2022
•
10 min read 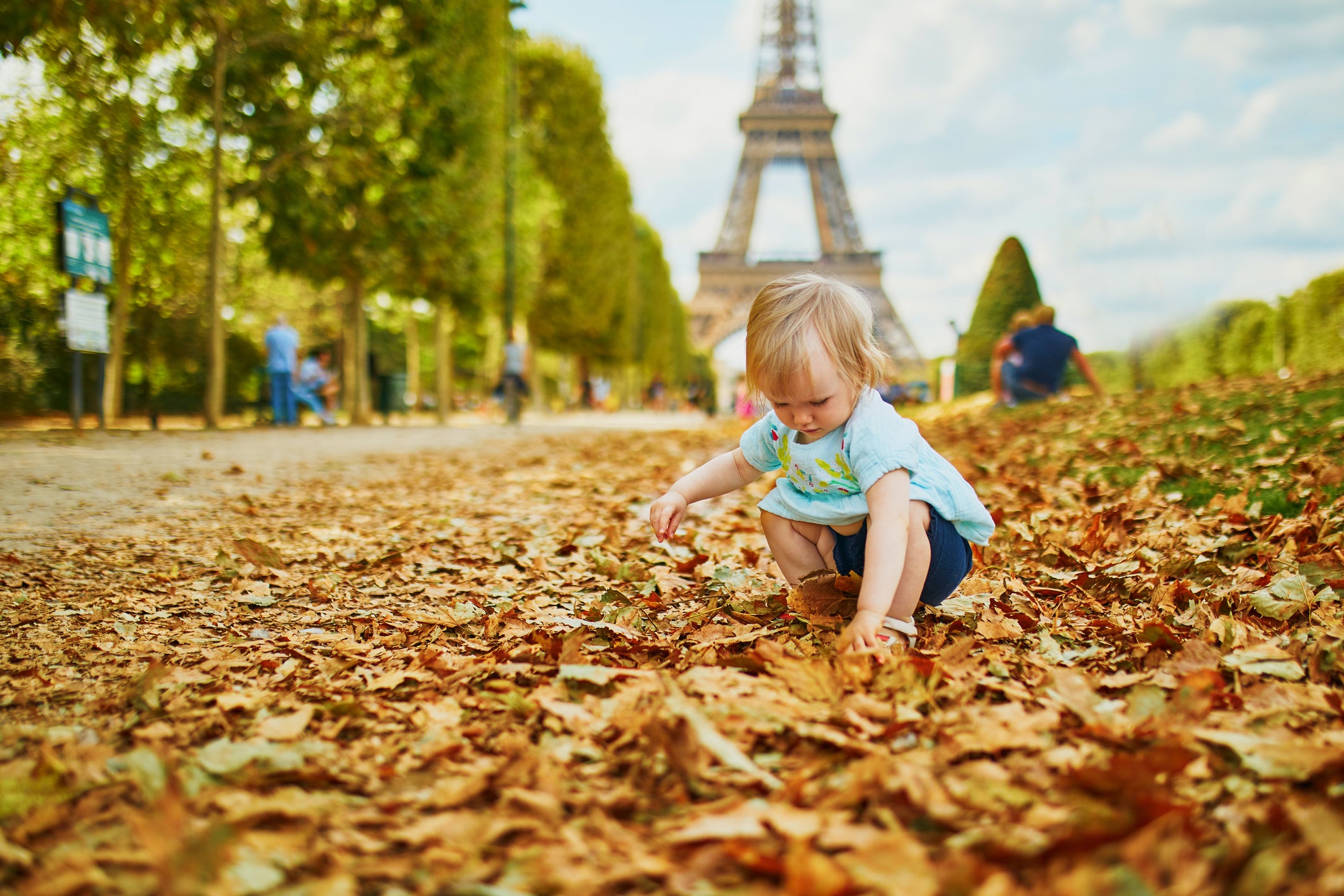 Traveling this summer has proved to be busy, chaotic and expensive. Your vacation plans may have been affected, or even postponed, by flight cancelations, rising gas prices, airport lines or lost luggage.

Either way, if you want to plan a family vacation to Europe, autumn promises to bring travel demand and prices more in line with pre-pandemic levels.

Not only is autumn a much calmer time to travel, but fall is one of the best times to visit many European destinations, especially when you have the kids in tow. So, leave that summer travel chaos behind and head to Europe in September, October or November this year. Here are some of the best reasons to do so.

Many European destinations are less crowded

In 2019, one-third of the total tourism nights booked by Europeans occurred during July or August, according to Eurostat. Europeans typically take their vacations in July or August, when the lack of air conditioning and laid-back summer work culture usually sends locals straight to the beaches of Spain or the mountains of Italy — sometimes for weeks at a time.

Come autumn, most locals are back to school and work. This leaves sunny beach destinations, charming villages and tourist-friendly areas of European capitals relatively crowd-free (save for a holiday weekend here or there).

European inflation rates peaked this summer but, still, traveling in autumn can save you money. Besides the fact that the dollar and euro are near equal, hotel prices are lower during the autumn season. For example, the Park Hyatt Milan in Italy costs approximately 800 euros ($807) per night in October but more than 1,000 euros ($1,009) per night in July.

According to TPG reporter Sean Cudahy, flights to destinations like London, Greece and Paris on Google Flights were hundreds (and in some cases, even thousands) of dollars cheaper in fall months than they were in the summer.

If you're planning to use points for family award tickets, many autumn dates fall on European carriers' off-peak dates — even Thanksgiving is off-peak, which we'll discuss further down.

For example, the entire month of November is off-peak on British Airways — including Thanksgiving dates. The second half of September, as well as many dates within October and November, are considered off-peak on Iberia; peak dates for the Spanish air carrier range from June 15 to Aug. 31 (if you can even find award availability then, anyway).

The weather is still pleasant in many destinations

While every day might not be a beach day in southern Spain or the Greek Islands, it's still possible to enjoy sunshine and mild temperatures well into October and even November in many Mediterranean destinations.

Summer in Europe is often swelteringly hot, which can make family travel — especially with babies and small children — overwhelming; it may even be dangerous for elderly travelers like grandparents.

Lacking proper air conditioning and infrastructure, many countries were (and still are) unprepared to deal with such extreme heat. This can make Europe a seemingly uncomfortable (and even life-threatening) place for you and your family to have a summer vacation, especially if you're sensitive to heat. It can even ruin a trip — no one wants to tour the Colosseum under the burning hot sunnor climb the Eiffel Tower in the scorching heat. This is especially true if you have kids with you who might complain.

This is why traveling in months like September, October and November can be ideal alternatives. While you might experience rain in certain destinations, autumn travel can still be the best time to walk around cities or see tourist attractions without breaking a sweat; you might even get to see some fall foliage, too.

It's been a long few years without the fun of festivals and large gatherings, due to the COVID-19 pandemic. However, most countries are once again putting on their beloved autumn festivals. This includes well-known celebrations like Munich's Oktoberfest and lesser-known events like Paris's teen-friendly, all-night art and culture celebration Nuit Blanche.

European festivals and events are more child-friendly than you might think. Oktoberfest has rides and games for kids. Children will even receive special bracelets with their parents' phone numbers in case they get lost.

Most food and wine festivals in countries like Italy, Spain, Greece and France welcome children, even into the wee hours of the night.

Skip Thanksgiving at home and head abroad instead

Skip the overwhelming family gathering and instead take advantage of those extra vacation days and head to Europe. We recommend taking a few extra days off work or school and adding in both the weekend before and after the holiday. This way, you have more than a week to spend in Europe, and you won't be flying on the busy travel days, such as the Tuesday or Wednesday before Thanksgiving.

As mentioned above, many European carriers offer affordable flights around Thanksgiving because it's not a popular time for European residents to travel. If you're using points, most European carriers mark Thanksgiving as off-peak. For example, a business-class flight on Iberia from Chicago O'Hare International Airport (ORD) to Adolfo Suárez Madrid–Barajas Airport (MAD) would cost 50,000 Avios one way during the summer dates (peak dates range from June 15 to Aug. 31). The same flight around Thanksgiving would cost only 34,000 Avios one-way.

If you can't fathom a Thanksgiving without turkey, don't worry. Many larger European cities and capitals have restaurants that offer turkey in honor of the American holiday.

Local cultural offerings can be educational

One of the main reasons families often travel in the summer is simply convenience: The kids are out of school.

Pulling your children out of school for a vacation is a personal choice. However, in many cases, a European destination may be educational and might complement what your child or teen is learning at school. Why learn about the Mona Lisa when you can take your little ones to see it in Paris? Why read about Greek history when you can tour the Acropolis in Athens?

While we don't condone pulling kids out of school for long periods, a couple of days (that could save you hundreds or even thousands of dollars on travel) might not make a big difference in the grand scheme of their education.

This is another excellent reason to consider traveling around Thanksgiving. If you select just the right dates, your children may only have to miss a day or two of school.

In most cases, it's easier to take younger children out of school, but regardless of age or grade, there are some things to think about before doing so.

These are the things to check if you're considering pulling your child(ren) out of school for a vacation:

Save money, skip the crowds and avoid intense heat with a family vacation to Europe this autumn. This might mean the kids will miss a day or two of school, and you won't have that coveted yearly summer vacation. However, saving thousands of dollars (or points) and touring European cities in comfortable weather might just make autumn European getaways a new family travel trend.

Related stories
Don’t forget: You have one month to use up your Uber Rewards points
You can earn Southwest points with the Rapid Rewards Dining program: Here's how
Fly premium economy to Istanbul starting under $1,000
Now live: Chase Freedom cardholders can earn 5% back on PayPal and Walmart purchases this quarter
Featured image by Getty Images/iStockphoto
Editorial disclaimer: Opinions expressed here are the author’s alone, not those of any bank, credit card issuer, airline or hotel chain, and have not been reviewed, approved or otherwise endorsed by any of these entities.