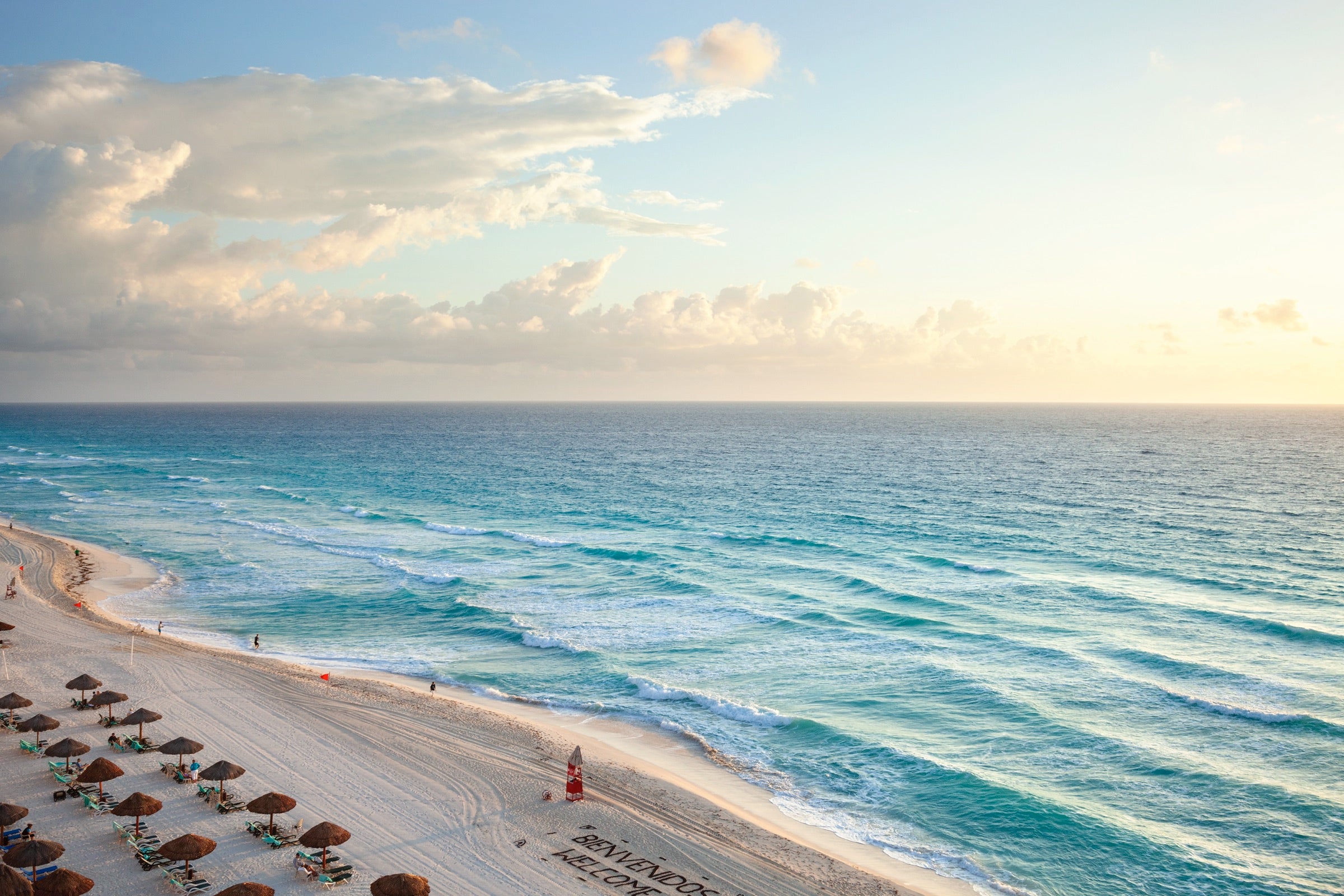 Demand for travel to Mexico has surged in recent years. Fueled in part by a rise in flights aboard low-cost airlines, the number of U.S. travelers heading south of the border to visit Mexico’s many beaches has grown so much, some domestic airports have begun to re-think how much space they need to keep up with the trends.

As more airlines are servicing Mexico’s most popular vacation destination with more flights, it can also mean deals are available when you depart from a wide swath of the U.S. That’s certainly the case this fall.

From the Northeast to Southeast, deep south to the Midwest and West Coast, right now you can find all sorts of flights to the popular vacation destination of Cancun for under $300. In some cases, you can get a round trip in the low $200s, or even the high $100s, aboard some low-cost carriers — just be sure, when booking, to check the fees you’ll pay.

Related: 14 of TPG’s favorite hotels on the beach in Mexico

It’s just the latest example of how you might be able to save on your vacation if it can wait until just after the peak demand of summer, as the next few months are looking downright expensive for travelers.

Scott’s Cheap flights was the first to tip off TPG on these deals. The site offers a premium membership that alerts readers to discounted fares starting from $49 per year for economy-class deals and $199 per year for an elite membership, which also includes first, business and premium economy deals.

Routes: BWI/LAX/ORD/HOU/MCO/FLL/ATL/PIT and others to CUN

The deals that caught our eye involved round trips to Cancun International Airport (CUN) in the $200-to-$300 range or less.

While many departure cities are seeing round trips to the popular Mexican vacation destination for several hundreds of dollars, there are fairly widespread options at a much better rate once autumn arrives — or even very late summer.

The deals are available on a whole host of airlines. Depending on the airport, you can get a competitive fare on any of the U.S. legacy carriers, to go along with a host of low-cost airlines and at least one Mexican carrier.

Related: A review of the JW Marriott Cancun Resort & Spa

While these deals typically start after summer and exclude the end-of-year holidays like Thanksgiving and Christmas, we did see some limited examples of good bargains around those times. So be sure to check your options carefully if there are particular dates you’re eyeing.

Here are a few of the itinerary options we found:

Let’s start with the itinerary out of Chicago. In addition to being one of the best deals we found on a legacy carrier to Cancun this fall, it also has the benefit of being an itinerary with nonstop flights…at least on the way down. This trip below falls before autumn even starts — you can get this itinerary for $235 departing and returning on either side of Labor Day weekend. It’s about a three-and-a-half-hour flight to Cancun from O’Hare International Airport, with a fairly brief layover at Houston George Bush Intercontinental Airport (IAH) on the way back.

While there are several low-cost carrier options out of Baltimore/Washington International Thurgood Marshall Airport (BWI), most notably on Spirit, I was surprised to see most of the D.C. area’s best deals on U.S. legacy carriers that also flew out of BWI despite American and United each operating hubs at other airports in the region. In any case, you can get a round trip on American out of BWI for $269 for a trip that falls right as it’s starting to get chilly in the mid-Atlantic, at the end of October. The trip involves layovers at Miami International Airport (MIA) on both the outbound and return flights. The stops are a little lengthy, between four and five hours each, but you’re getting a solid deal on the trip.

As mentioned, it’s not just the East or the Midwest benefitting from some cheap deals to Mexico this summer. You can fly to Cancun for under $300 this fall out of Los Angeles International Airport (LAX) as well. I did have to do a bit of searching to avoid a really long stop in Mexico City International Airport (MEX), so be sure to vet the itinerary before you book it. I found a $294 round trip on Mexican carrier Viva Aerobus, with reasonable layovers in Mexico City of between two and four hours. This itinerary was for an early October trip to Cancun.

The information for the Free Spirit Travel More Mastercard has been collected independently by The Points Guy. The card details on this page have not been reviewed or provided by the card issuer.

With a lot of interest in travel to Mexico, airlines are adding flights to the country’s most popular vacation and beach destinations, and this fall, that means a combination of good deals and wide availability. This is just the latest reminder that fall can be a great time to take a vacation and save money — especially in a year when summer travel is expected to be expensive.

Related stories
Chasing American Airlines elite status? Here are 14 ways to earn Loyalty Points
Fly to Greece from multiple US cities for less than $700
American Airlines restores free 24-hour hold option
Holiday airfare is rising: What to know if you haven’t booked yet
Featured image by DAN THORNBERG/GETTY IMAGES
Editorial disclaimer: Opinions expressed here are the author’s alone, not those of any bank, credit card issuer, airline or hotel chain, and have not been reviewed, approved or otherwise endorsed by any of these entities.