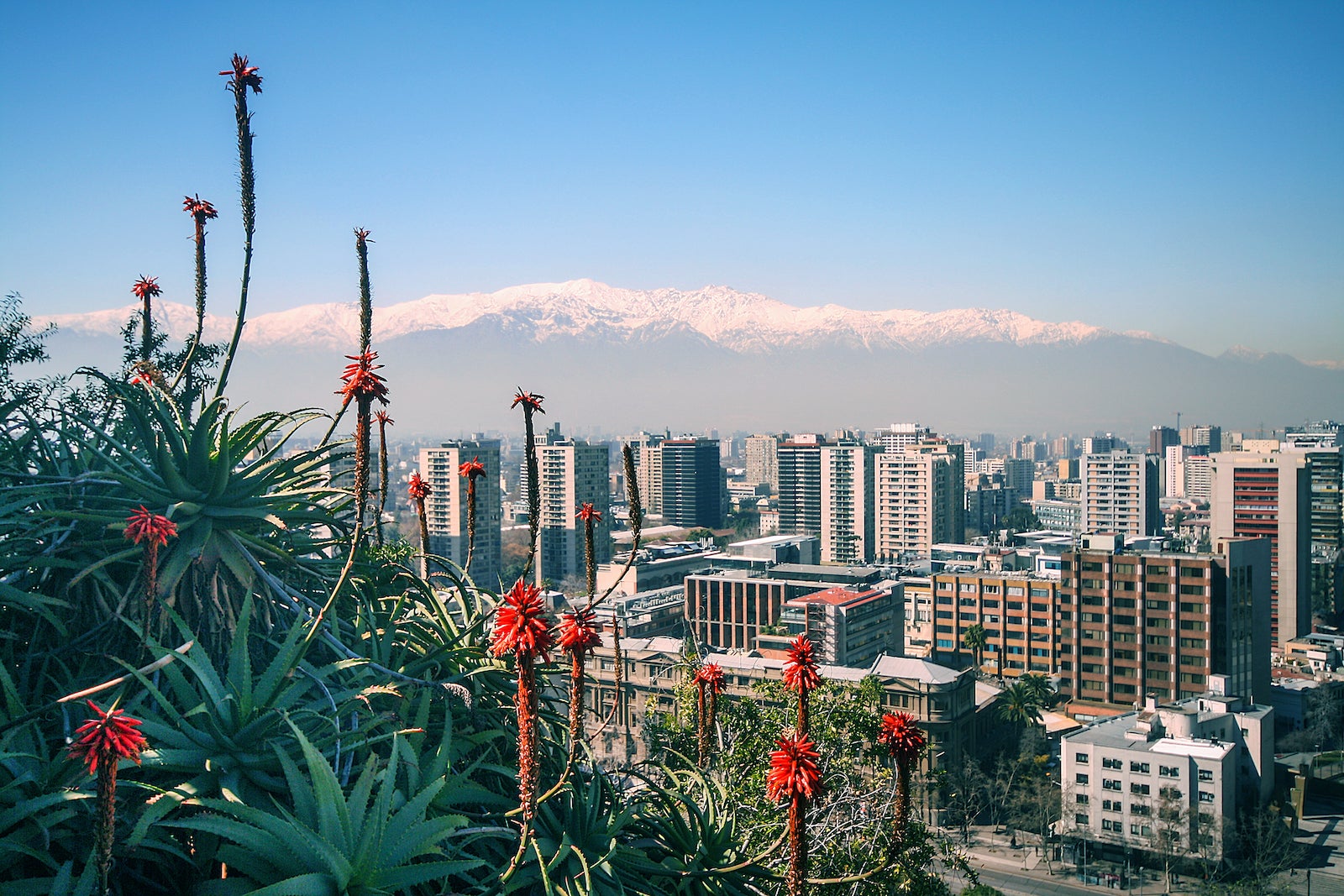 It’s not every day there are affordable options for getting to Chile, particularly when flying in a prime seat. That’s why we were excited to learn about options for both, starting in just a few months.

During the first several months of 2023, American Airlines has some great premium economy deals departing from a couple of key cities. Meanwhile, if you’ve got a haul of points or miles – and not even that big of a haul – you can book award flights to the South American nation’s capital city at a fraction of the miles you’d normally have to redeem.

Scott’s Cheap Flights was the first to point out the great premium economy deals on flights from the West Coast to Santiago International Airport (SCL) beginning in early 2023. The site offers premium memberships that flag economy deals starting at $49 annually, or $199 for premium economy and business class deals.

TPG also noticed you can book flights from a long list of U.S. cities to Santiago using AAdvantage miles for a nice discount compared to American’s award chart, at 40,000 miles round trip for main cabin itineraries.

There’s any number of great reasons to fly to Santiago, whether you’re hoping to experience all the culture the city has to offer, or branch out and visit other parts of the country, from the Andes to the Chiloe Archipelago and Patagonia region.

Related: 7 best ways to get to Chile on points and miles

Routes: Los Angeles or Seattle to Santiago in premium economy; plus New York, Miami and other U.S. cities to Santiago in main cabin for award flights

How to book: Directly with the airline. Google Flights is also an option for cash fares

Just about all of these itineraries involve a stop at Dallas/Fort Worth International Airport (DFW) and then a longer-haul flight between DFW and Santiago aboard one of American’s Boeing 787 Dreamliner aircraft.

Interestingly, the same deals do not seem to be available for nonstop flights out of DFW; from there and a number of other major U.S. cities, premium economy round trip tickets fall in the $1,200 to $1,600 range during that time period, which is still a decent savings compared to what you’d often pay for premium economy seats to Santiago.

Meanwhile, if you’re not flying from Los Angeles or Seattle, there’s a decent chance there’s strong award availability to Santiago in main cabin.

Taking a look at American’s award calendar for round trips originating in New York, check out the month of April. For almost the entire month, you can get flights for 20,000 AAdvantage miles each way.

That’s a discount of about a third compared to the standard award chart pricing model, under which flights to “South America Region 2,” which includes most flights to Chile, go for 30,000 miles each way. That means for the round trip, you’re saving about 20,000 miles round trip – a savings worth about $354, according to TPG’s points and miles valuations.

Here are just a few of the routes and prices we found:

Taking a look, first, at a premium economy itinerary, here’s just one of many options you have at your disposal if you’re looking to tap into this southern California availability during the first several months of 2023. This trip out of Los Angeles involves an afternoon flight to Dallas/Fort Worth. Then, after a brief layover, it’s a nine-and-a-half-hour overnight haul on a Dreamliner to Santiago. You’ll get to Chile early the next morning.

On the return trip, it’s another redeye flight north to DFW, and then a mid-morning flight from Texas to the west coast.

Like many of the itineraries you’ll find to Santiago, the best options out of Seattle involve a stop at DFW and the same itinerary between American’s base city and South America.

As mentioned, there’s also widespread availability for 40,000 miles round trip, and not just from L.A. or Seattle.

For New York area travelers, this April itinerary involves a late afternoon flight from LaGuardia Airport (LGA) to DFW, and then the aforementioned flight aboard a 787 to Chile. After the connection at DFW on the return trip, you’ll actually land at Newark/Liberty International Airport (EWR) on this itinerary, and then catch a train back to the city.

Pay with The Platinum Card® from American Express to earn 5 points per dollar on flights booked directly with the airline or through American Express Travel on up to $500,000 on these purchases per calendar year. The Capital One Venture X Rewards Credit Card earns you 5 miles per dollar on flights booked through Capital One Travel. Frequent American Airlines flyers might consider the Citi/AAdvantage® Executive World Elite Mastercard®. The card earns you 2 miles per dollar on eligible American Airlines purchases, along with a host of other airline-specific benefits.

Whether you have the ability to depart from a West Coast city and take advantage of great premium seating deals to Chile or have 40,000 AAdvantage miles in your account, there are a variety of options available for getting to Chile in early 2023. Considering all there is to see and do in the beautiful South American nation and the relative infrequency with which these deals are available, this could be a great opportunity to get an exciting trip on the calendar for next year.

Featured image by Getty Images/RooM RF
Editorial disclaimer: Opinions expressed here are the author’s alone, not those of any bank, credit card issuer, airline or hotel chain, and have not been reviewed, approved or otherwise endorsed by any of these entities.