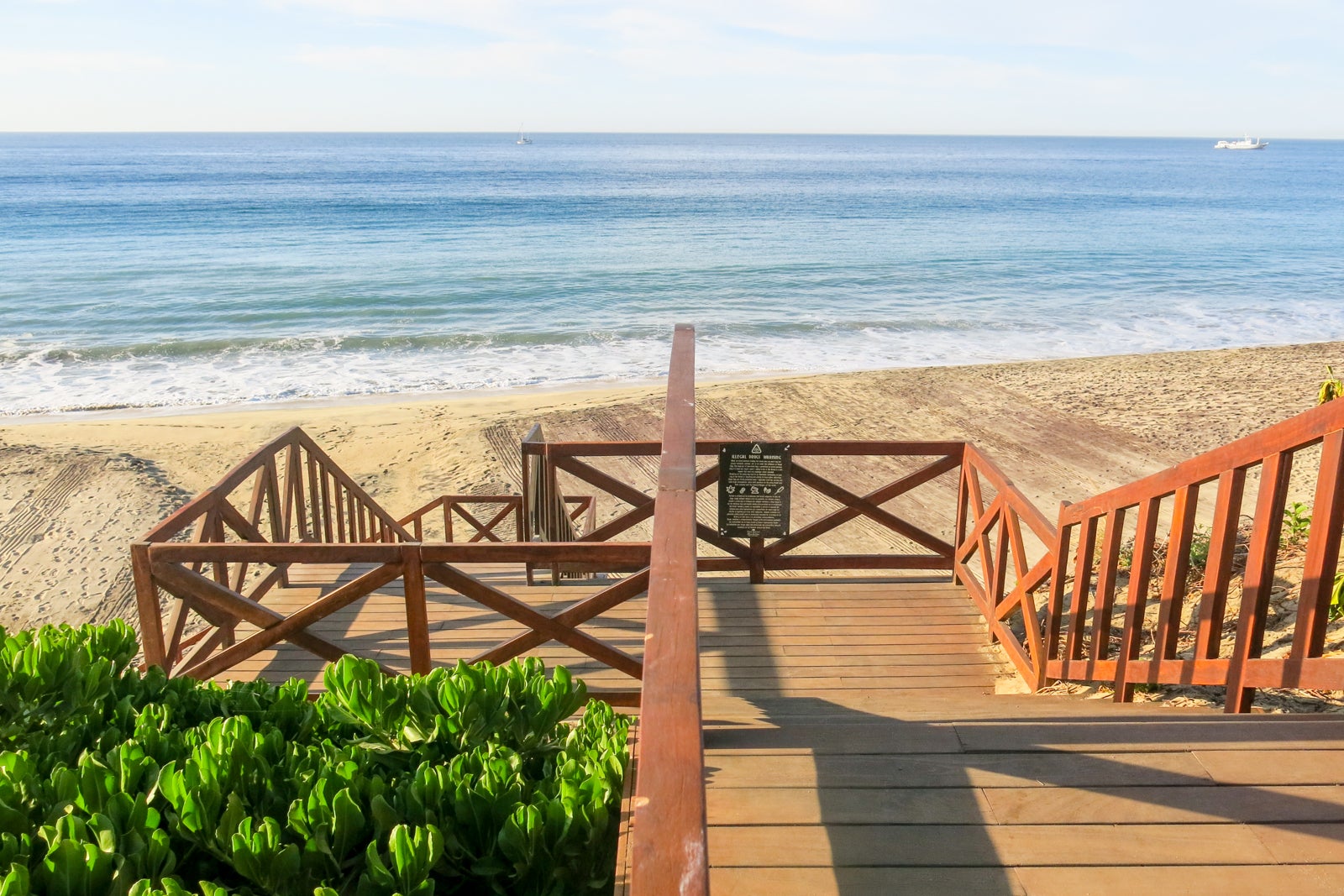 There have been some solid flight deals to Mexico in recent days, including the cheap flights to Cancun. Now, if you live on the West Coast, you can reach Los Cabos at a good price.

Whether you’re hoping to stay in Cabo San Lucas or San Jose del Cabo, check for deals this fall and during the first few months of 2023.

Situated at the southern tip of Baja California in Mexico, Cabo is full of beautiful beaches and resorts — like the Waldorf Astoria Los Cabos Pedregal. Of course, it also has reliably warm weather. For all of those reasons, it may be just the late fall or winter getaway you’ve been hoping for.

Liven up the end of your fall travel schedule, or ensure that you’ll spend at least a portion of the winter season in paradise by jumping on this deal before it disappears.

How to book: We suggest finding your flights on Google Flights, then booking directly with the airline.

We took note of round-trip airfare to Cabo for $250 or less.

Here are a few of the options we liked most:

If you’re eager to get to Cabo and don’t see your city listed, keep in mind that there is quite a bit of availability from other cities throughout the U.S.; however, those flights are in the $300 to $400 range. While the prices are not quite as good as they are out of Austin or Los Angeles, it could still be worth locking in a fare (while continuing to search for a better deal) if you know you’ll be visiting during this coming winter.

It’s not a huge surprise that some of the best deals in recent days have been out of Austin Bergstrom International Airport (AUS). It’s a short hop on American Airlines for the itinerary below, which is for the week after Thanksgiving. Fly to Cabo and back for $230.

You’ll pay even less departing from California. Fly in just a few short weeks from Los Angeles International Airport (LAX) aboard JetBlue. Like flights from Austin, it’s around 2 1/2 hours nonstop to the tip of Baja California.

The deals extend into next year as well. For $244, spend the second week of 2023 on the beach with a short, round-trip flight aboard Alaska Airlines out of San Diego. Departing at 7 a.m., you could arrive in time to have lunch at a resort. On the return trip, a late-afternoon departure ensures you can make the most of your final day in Mexico.

Whether you’re hoping to travel as soon as possible or start planning a trip you can look forward to once the holiday season ends, consider visiting Los Cabos. If you live in Texas or on the West Coast, there are plenty of inexpensive airfare options you should consider.

Featured image by ASHLEY ONADELE/THE POINTS GUY
Editorial disclaimer: Opinions expressed here are the author’s alone, not those of any bank, credit card issuer, airline or hotel chain, and have not been reviewed, approved or otherwise endorsed by any of these entities.