TPG Staff Picks: Our Favorite Airports to Travel Through 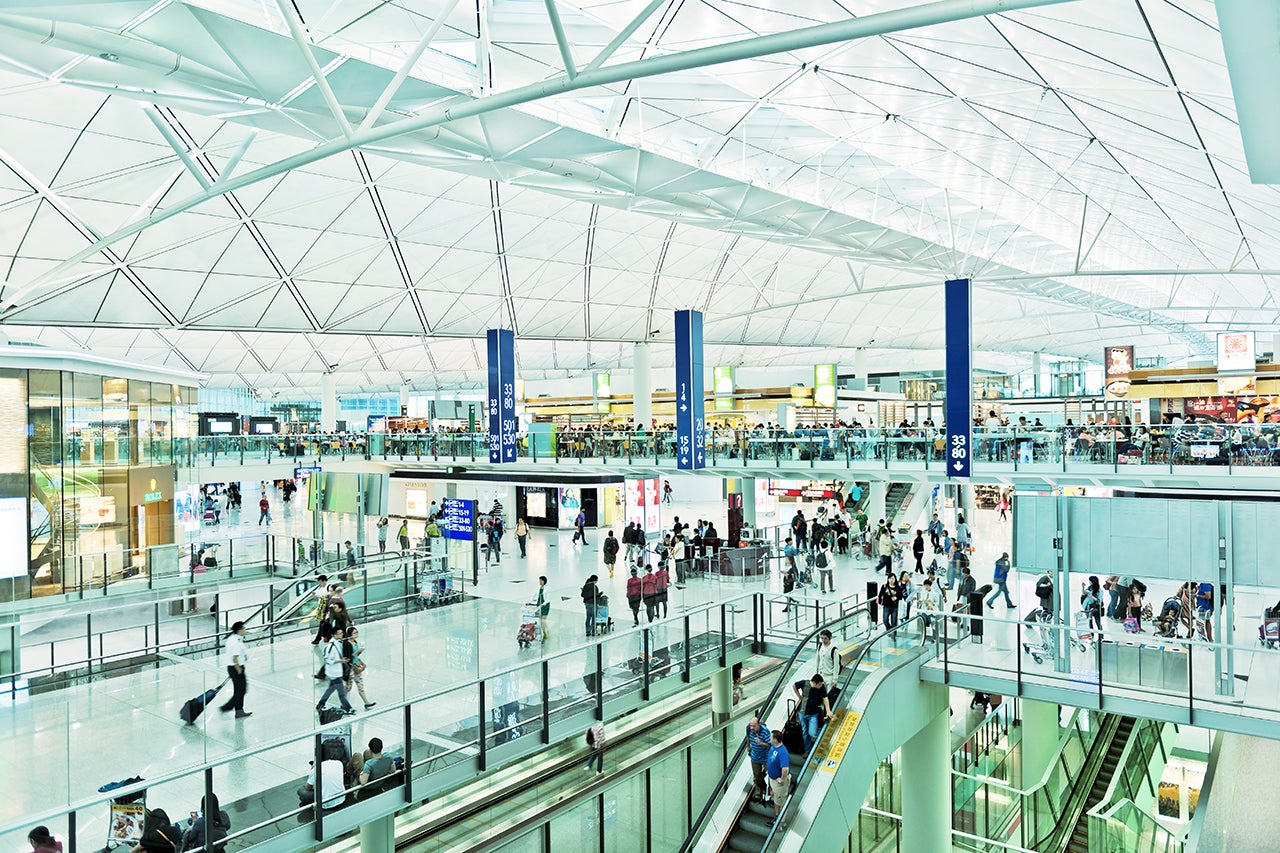 While some travelers only look to the airport as a means of passage, we here at TPG have learned to appreciate some airports for all that they offer. From great restaurants options to luxurious lounge access, these airports are where we enjoy a long layover the most. We’ve shared our favorite destinations, now take a look at our favorite ways to get there.

“While it’s not known for its lounges or restaurant options, Tenzing–Hillary Airport in Nepal is known for its insane views. It’s called the 'gateway to Mount Everest' since most climbers fly into the airport before they head to basecamp. AvGeeks will enjoy watching aircraft take off — although it’ll probably make their stomachs drop, since the runway literally goes off the edge of a massive cliff.” — Brendan Dorsey, Associate Editor

“Being from Michigan and a loyal Delta flyer, I may be biased, but Detroit Metro (DTW) is my favorite airport. It features soaring architecture, wide-open concourses with tons of natural light, a bright-red express tram whizzing by overhead and plenty of great food options — such as Plum Market, which features sandwiches and deli selections from world-famous Zingerman’s in nearby Ann Arbor.” — Nick Ellis, Reviews Editor

"My favorite airport is LaGuardia. JK. I’ve loved my time transiting through Dubai (DXB) and Singapore (SIN), but my favorite airport is in Provincetown, MA (PVC). It’s tiny. Like very tiny. But between the awesome Cessna aircraft used to get there and the beautiful approach into Provincetown, surrounded by sand dunes and beachgrass, it’s my favorite." — Emily McNutt, News Editor

"If you've ever had a long layover in Dubai, you can understand why DXB is my favorite airport. As the third-busiest airport in the world, DXB surely keeps its travelers busy with its concourses that feature just about anything you might need. From snooze cubes to spas, to the largest duty- free in the world, DXB is the ultimate traveler’s paradise." — Alexa Noel, Editorial Intern

"I get a lot of crap for this at TPG headquarters, but all things considered, my favorite airport is Newark — specifically Terminal C. It’s super easy to get to from my apartment, at just over 20 minutes without traffic, and it’s home to Classified — my favorite airport restaurant. A flight into Newark also means I’ve coming home, and there’s no better feeling than that!" — Zach Honig, Editor-at-Large

“The Dulles airport is my favorite for one reason and one reason only: Chipotle. Breakfast. I know, I know, Chipotle ain’t what it used to be, but their breakfast burritos are worth the risk, and the DC airport is the only place I know of that has them. The next time you have a hangover and find yourself in Concourse B, you know what to do.” — Jane Frye, Nights & Weekends Editor

"This is definitely going to be a strange pick — and probably one you’ve never heard of: Banyuwangi. The reason this is my favorite airport is because it is the airport where TPG and I escaped Mount Agung. After a seven-hour journey from Bali via car and ferry, TPG chartered a jet from Banyuwangi Airport getting us to safety and away from the volcano. Thus today, Banyuwangi is my current favorite airport!" — Becca Denenberg, Director, Marketing & Communications

“Singapore’s Changi Airport has a new terminal, T4, which opened in late 2017. I spent a few hours in it and in the Korean Air lounge in December on my way to Seoul and I was reminded yet again why Changi is the best: spacious, quiet, user-friendly, with consistently good food options and even individual sleeper sofas in public areas. This is travel democracy: You can have a fine experience with no lounge access.” — Alberto Riva, Managing Editor

“My favorite airport is Samui International. Koh Samui is an outdoor oasis to enjoy while waiting to depart the beautiful island.” — Adam Kotkin, Chief of Staff

“JFK's my favorite airport. Said nobody — ever. I guess Sydney is, but mainly for nostalgic reasons. You can buy shopping trolleys worth of Tim Tams, and my parents are always waiting at the exit to drive me home. But sans nostalgia, stumbling upon Long Beach's laid-back al fresco layout was an amazing respite from the usual LAX experience.” — Isabelle Raphael, Photo Editor

"There are a lot of cooler, more fascinating airports in the world, but Taiwan’s Taoyuan International Airport (TPE) will always hold a ton of nostalgia for me. Fortunately for non-homesick travelers, the airport has undergone a number of renovations in recent years that make the dingy terminals of my childhood a memory. These days, when you fly into Taiwan, you’ll find art installations featuring indigenous creations and play areas for children; a Hello Kitty shrine, if that’s your thing; kiosks renting out mobile Wi-Fi devices; amazing food courts with truly mouth-watering local offerings; and fast, free Wi-Fi everywhere.” — Katherine Fan, Freelance Writer

“I’m not sure it’s my favorite airport necessarily, but I’ve definitely been charmed by Charlotte Douglas International Airport (CLT). With their adorable rocking chairs and access to Bojangles’ sweet tea, I always feel like I’ve happily landed in the South when I’m there.” — Cindy Augustine, Lifestyle Editor

“It’s far from the nicest one in the world (in total honesty, it’s gross), but my favorite is the New Orleans airport because it means I’m back at my favorite place in the world.” — Samantha Rosen, Social Media Editor

"Hong Kong is my favorite airport. After landing very early in the morning from a 16-hour flight from JFK, we were easily able to navigate HKG and get to the lounge to freshen up and have breakfast. Picking up our luggage and getting through customs was also a breeze — though we were extra-relaxed and in a good mood after just flying Cathay First." — Kate O’ Brien, Director of Marketing & Compliance

"I haven’t been to too many airports; however the giant window in the Seattle airport I found particularly breathtaking."— Jessica Rovniak, Video Editor

"As a New York-based aviation enthusiast, JFK has always been a personal favorite. That’s right. You read that correctly. A favorite. From an enthusiast’s perspective, JFK’s quite a dream, thanks to the impressive list of international carriers serving the airport, with flights to global destinations on just about any aircraft type that’s flown in the last 50 years. As much of a pain it is for travelers, I appreciate the half dozen or so individual terminals, unlike the mega-terminals you’d find in Atlanta, Dubai or Detroit." — Wallace Cotton, Community Manager

"Favorite might be a stretch, but (ATL) has been a home-away-from-home for at least a decade. The massive airport has so many food options — especially in the way of fried chicken!" — Jeffrey Preis, Editorial Intern